Keep traveling from home! Take a breathtaking journey around the world with hundreds of hidden cameras, providing 24 hours of high quality online broadcasts. Everyone can find something to explore: • Travel across the dramatic landscape of cities, mountains, waterfalls, and sand beaches. • Watch a life of critically endangered species in Asia, America, Africa, and Europe and their habitats. • See live coverage of Earth, space and spectacular views of lightning or city lights below.   Exciting videos: • Webcam World View includes hundreds of timelapses - short accelerated videos showing the life of wild nature and world largest cities • We add also some interesting videos before great events and holidays to give you inspiration and positive emotions Now you can subscribe to our updating content and watch new exciting views through webcams and timelapses from all over the world! The first time you can try the free trial for 3 days. After that, $9,99 will be automatically deducted from your account if you will not stop the subscription before the end of the free trial. The duration of the auto-renewable subscription is one month. You can stop the subscription at any moment. Any unused portion of a free trial period, if offered, will be forfeited when you purchase a subscription to that publication, where applicable. • Payment will be charged to iTunes Account at confirmation of purchase. • Subscription automatically renews unless auto-renew is turned off at least 24-hours before the end of the current period. • You can manage your subscription and turn it off by going to your Account Settings after purchase. • Account will be charged for renewal within 24-hours prior to the end of the current period, and identify the cost of the renewal. ATTENTION: before you subscribe please read: Privacy Policy: https://travelandplay.mobi/privacy Terms Of Use: https://travelandplay.mobi/tos 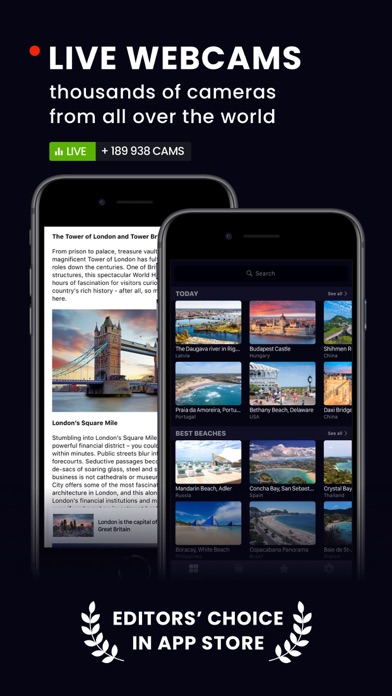 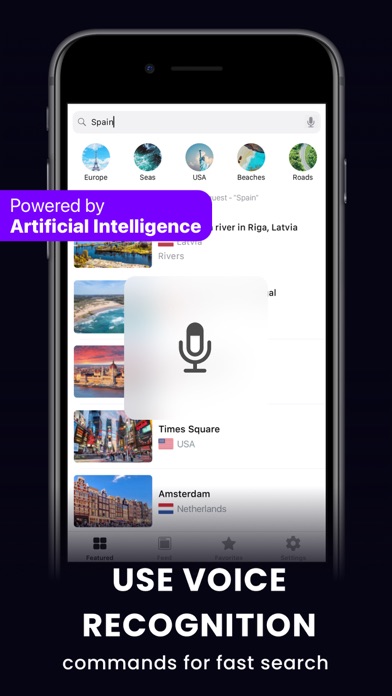 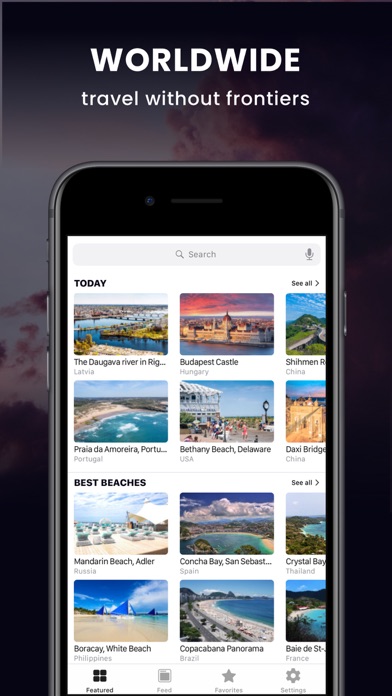 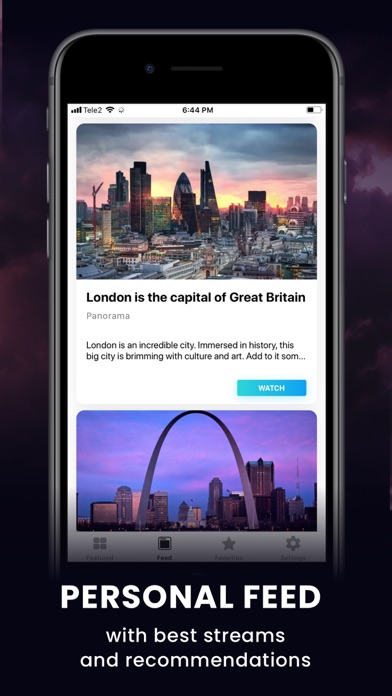 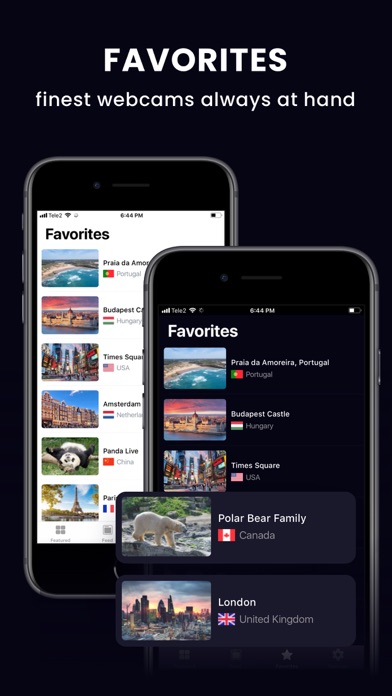 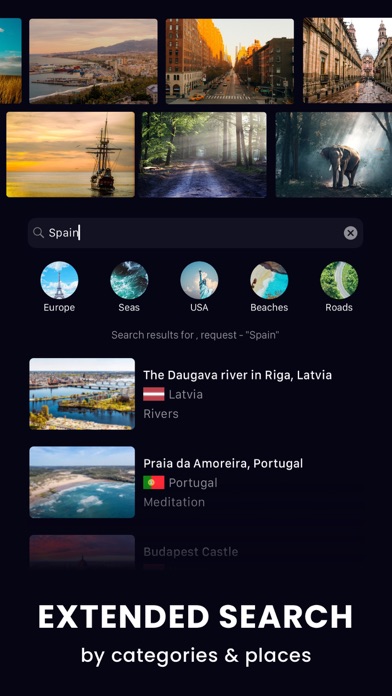 Not working on appletv

Guys-I love this app so much. It’s provided me so much comfort during lockdown being able to feel like Incan travel and be with other people. But in the last month since I purchased the full subscription, the app doesn’t work on appletv anymore. I can turn it on and choose only one city, and after that it gets stuck. I can “go back” to the main menu. To exit the app I have to actually hold down the menu button instead of backing out by tapping. Then when I turn the app on again it’s automatically still at the last city I was in. In order to see another city I have to restart the entire appletv. It’s frustrating and it makes me want to cancel my subscription. Thanks for listening and hopefully this bug can get fixed soon. Cheers.
By nikswhite

The app on the tv could use some tweaking. White letters on a white background is kind of ridiculous. Search feature could be improved, and it seems like a lot of the feeds I try to watch are offline. I know that’s out of their control, but I wish there was a way to see if it was offline before clicking on them.
By KimboSlicey

All China cameras are off why
By Acelive671

I used the free version of this app for quite a while and loving some of the free cams. Decided if the free ones are this good the paid version has to be better. Yet nope. Now I can’t even see a lot of the free ones I was seeing prior to signing up. Dublin, NY, Copa and many more. It says live and shows a signal strength moving but all it shows is the wallpaper prior to the live footage. Also noticed a few “live cams” weren’t exactly live. Started one and it showed a woman falling down, switched to a few others, went back to original and she’s faking down again. I know they can’t control all the cams but it makes me fear I’m paying for majority of replays and down cams. FWIW my home net speeds are fast and even my Apple TV is using cat5 not wireless. So I know it’s not my end. Hop it gets better because the wife and I really enjoyed the free version
By k9blueline

many webcams around the world

I like the app, I would love to get a free trial longer than 3 days! The open webcams are in good quality
By Anzah

Every cam I choose required a purchase Pages and pages of ads FOR THIS APP pop up and when I closed them a survey popped up asking me why I didn't want to buy, I played along and picked 'not ready yet' but 40 seconds later there was another ad I had to reject and another survey asking me why. Not fun at all.
By Deleted Seamless

I have repeatedly canceled this service and they continue to bill me. Once you sign up you can not get away!!!
By F off! F off! F OFF!!!

Can’t get the cameras to show any live footage internets good in my home works for everything else except this app if it was working it be great but I can’t get it to work..
By RadJazz

I loved this app. Recently, however, almost none of the webcams work. I uninstalled and reinstalled but that didn’t solve the problem.
By Cantiqua

Have had this app for a week and it has deteriorated each day, started out by being able to see several cameras throughout the App and since my free preview expired and am now paying a monthly fee, 80% of the channels that I had as favorites are now just “still frame” photographs. Cameras are not working, what’s even worse is that they keep on asking me to subscribe again) . I originally paid the $19.99 lifetime cost and am now being asked to subscribe to an additional $9.99 monthly fee. Definitely a scam site. Beware!!!
By sexymexi69