Amazing moving wallpapers ONLY for iPhone X, iPhone 8 & iPhone 8 Plus, iPhone 7 & 7 Plus, iPhone 6s & 6s Plus! Make your iPhone look awesome! Ready to take a step up in customizing your device? Animate your screen with spectacular time-lapse sceneries, cute petsthat will bring a smile to your face, or hypnotic abstract patterns, carrying your thoughts away. You can even witness a powerful cosmic explosion right on your Lock Screen! We add new great animations weekly, so you’ll always have something new for your screen. Here’s how to WOW everyone with the new look of your device: - Choose from impressive live wallpapers and press Save - Set the Live background you selected as your Lock Screen wallpaper - Press your Lock Screen to let the magic happen! Get high-quality animations for your screen and make your device draw admiring glances! * Please note that you can’t set Live wallpapers if you’re using the Low Power Mode. For complete access to all Live Wallpapers for Me features, you will need to allow access to the following: *Photos - to import backgrounds you like and set them to your Lock Screen; *Notifications to keep you informed when new live wallpapers are added to the app. Privacy Policy: http://apalon.com/privacy_policy.html EULA: http://www.apalon.com/terms_of_use.html 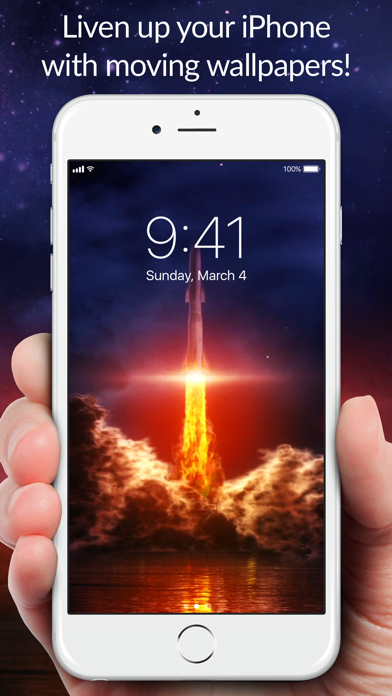 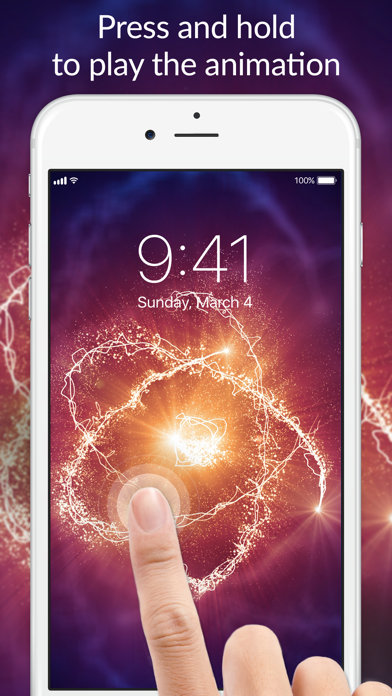 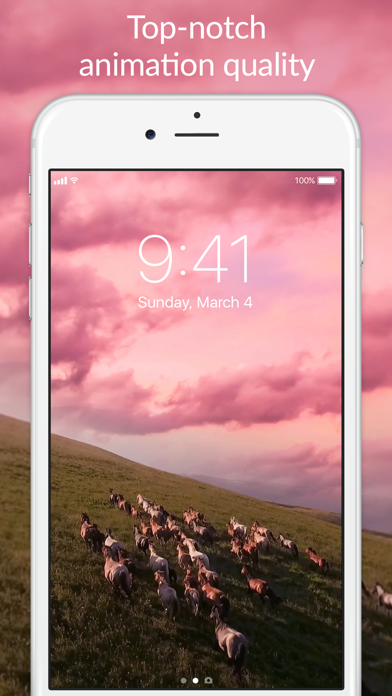 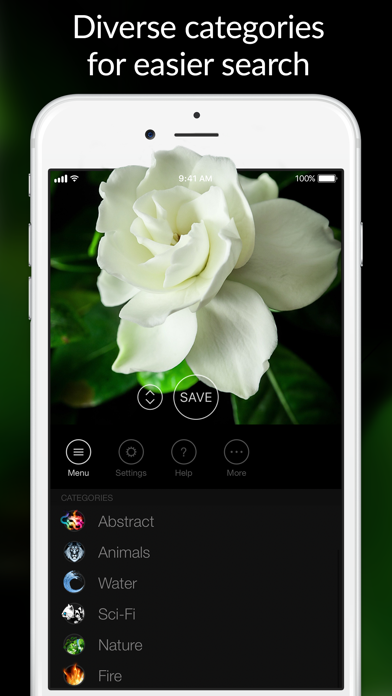 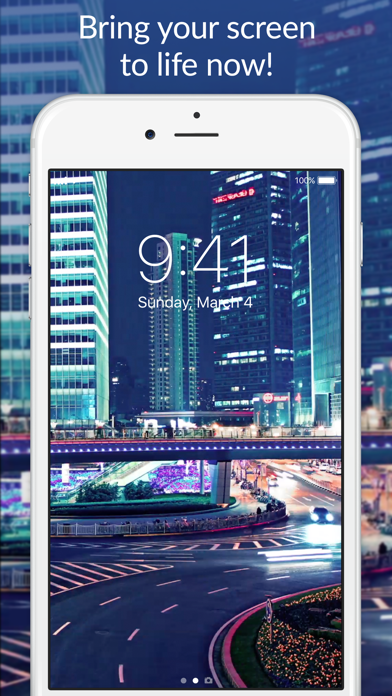 I thought the live wallpaper would be moving like a screen saver on the PC or something !! But otherwise you have to push and hold for it to move manually, and i also didn't like how short the period for it moving.
By abb k96

Live paper only shows motion on lock screen. No motion once logged in. The motion has to be manually activated and only runs one cycle per activation.
By Rockytop62

I’m really happy that I downloaded this app and am enjoying it. Thank you!
By ArtistAnji

I can’t believe the developers of this app have the audacity to try and charge people $5 a week for some stupid live wallpapers... give me a break.
By Stephen Cosner

I’m enjoying the app, however I wish the loop was continuous instead of having to press and it just stays for a few seconds. It would be cool to have a continuous loop. It would make the phone. More alive
By mj4evet

I purchased this app a month ago. Now it won’t work! Literally says “oops something went wrong” when you try to open the app. I’ve removed it and tried reinstalling it. It was not successful. I have an iPhone 8+ this is super disappointing and a waste of my money.
By Jklaus35

app is not working!

it is not a dynamic”moving” wallpaper! you must hold finger on screen for dynamics; basically is a still picture for 2.99$!
By gianni_kawa

Live Wallpapers for Me