Over 10M satisfied users can't be wrong! From the makers of myVEGAS Slots and my KONAMI Slots comes POP! Slots! Take the Vegas experience with you wherever you go. The thrill of winning is in the palm of your hand! Download now and play top-ranked POP! Slots by PLAYSTUDIOS, anytime you feel the need for a little fun or a quick escape. JOIN POP! SLOTS MACHINE GAMES! POP! Slots casino game allows you to play free vegas games anytime and anywhere to get your hands on the hottest slot games around. It’s the only social casino game that lets you visit virtual versions of real casinos - Bellagio, Luxor, MGM and more - to SPIN AND WIN casino chips with your friends, and join our social slots tournaments at WinZone! POP! Slots lets players have fun achieving VIP status through entertaining and exciting play on slot machines. With the POP! Slots app, you can work your way to VIP status and get chips simply for playing online slot machines and other social casino games. Give your luck a try at amazing slot machines, including fun new IP games like “Kong: The 8th Wonder of the World” and more! Here are even more reasons to play POP! Slots: POP! Slots offer you free social casino games, which you can play online with friends! * Totally FREE Social Casino game! * Real social Slot Tournaments at WinZone! * Mega progressive jackpots! * Real-world casino inspired slot machines from POP! Slots – including branded slots from MGM, Luxor, Mandalay Bay, Bellagio, New York-New York, and more! * New slot machines introduced on a regular basis! * Different Events & Quests Every Day! * Chip Bonuses every Two Hours & Daily bonus! * Meet awesome player like you from around the world! POP! Slots makes it possible for you to achieve VIP status and win big jackpots while you enjoy a truly fun social casino experience online. Earn instant bonuses, huge progressive jackpots, and so much more exciting 777 Vegas casino games! Note: * POP! Slots is intended for individuals 18 years and older. * POP! Slots does not offer real money gambling. * PLAYSTUDIOS, the developer of POP Slots!, is not affiliated in any direct or indirect way with any real-money gambling operations on other domains * Virtual chips used in POP! Slots have no real-world value and cannot be redeemed for anything of value. * Playing free-to-play slots games does not imply future success at real money gambling. * In-app purchases are available. * PLAYSTUDIOS, the developer of POP! Slots, is a member of the International Social Games Association (“ISGA”) and has adopted its “Best Practice Principles.” See more about the ISGA at www.i-sga.org. For information, guidance, tips, and advice on social gaming, visit “Smart Social Gamers” at www.smartsocialgamers.org. Like us on Facebook: facebook.com/PopSlotsCasino Follow us on Twitter and Instagram: @PopSlotsCasino 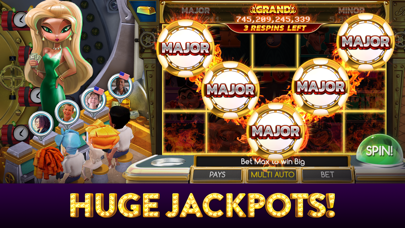 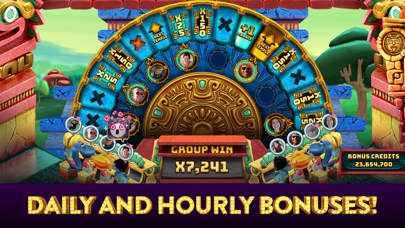 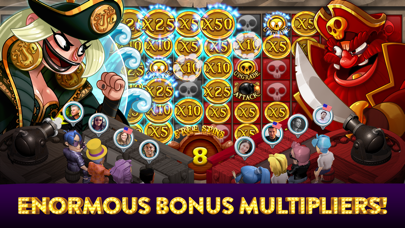 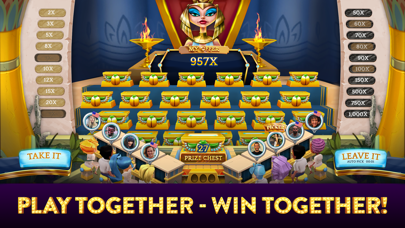 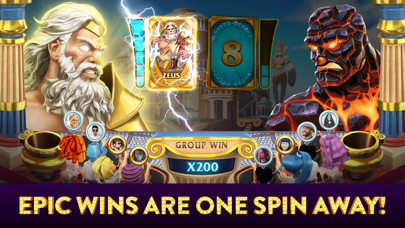 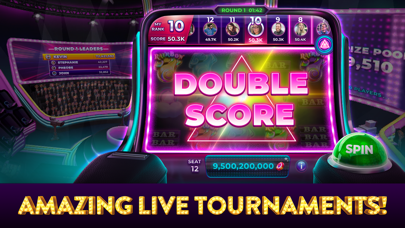 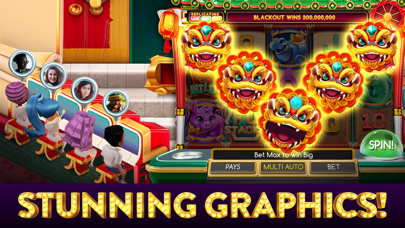 I haven't figured out the Tavern game yet. I just waste too many chips in this one. I like most of the other games, and I play them often. Just wished the free spins and bonuses where easier to get. I’m on level 289 and I’m still getting 9000 chips for every level up. You would think as you progress you would get more. WRONG! UPDATED Now that I’m on level 560 I’m still getting 9000 chips for leveling up. REALLY! You have increase the daily and time bonus but not by much. But I guess it’s better then NOTHING. Wish you would get rid of all the offers for more chips. If anyone wants more chips they know how to do them. And win zone is a joke of a what ever you call it.
By Quilting Brat

Just as crooked as the real thing

The virtual sot machines are just as bogus if not more in this game than in real life.. the more you progress the higher the minimum bet is. Everything you do in this game is to lure you into buying chips.. the “fun zone” is always a bad bet, as you will never win what you put in to it. And when you run out of fake chips they ask you to buy more fake chips. Scam. Plain and simple.. ohh but they offer you rewards! Bogus rewards with black out dates and restrictions galore. Don’t waste ur time
By Minyack

Pop is one of my favorites
By $hadow@6

Play Studios is Communistic and beware of loyalty rewards capping

Just when I thought I would give Play Studio gaming another try, they have even become more scandalous since. Previously, I stopped playing Play Studios gaming (Pop Slots, Konami, My Vegas) because I was sucked into paying large sums of real USD for virtual coins, using loyalty rewards as the catch. To be strait, it was a worse than a hole in a sinking ship, and greatly lacked fair exchange. Yesterday, I decided to try Play Studios again, because my wife said they actually have cruises worthy of play. So I invested 2-$39.99 packages, got about 5-Billion chips. I played on this all day and went from level 100 to level 1706. I played all kinds of Konami slots and won some big hit (at one point I was up to 25 Billion chips and betting like 90-225 million per spin and winning still). At the end I ran out of chips but my goal was loyalty points for a cruise. I look and see a LOCK on my rewards. And nothing has moved. I started with 200k loyalty and it was at 203k after leveling up 1600X levels!!! Said my next reward will be in x amount of hours and minutes. Now that is so wrong. Not only does the slots rarely pay out enough to keep playing for fun, now the loyalty rewards are capped to take away the whole purpose of even buying virtual coins I the first place! Now if that isn’t a scandalous ordeal, I don’t know what is? I wrote support and got a blanketed response and basically no results. I feel complete cheated and when a patron wins, he is conveniently capped. The response used the excuse of, to protect the companies from BOTS, blah blah blah. I am NO BOT, but a real person who invested real USD to have a shot at getting loyalty points to take my wife on a cruise. I am in a state of disbelief this is even legal. I asked Play Studios to look into my case and see if they could properly comp my loss of withheld loyalty points. We shall see, but I am not letting this go immediately. Unless I get comped properly, this could be a class action in the making. The very premise of slots and gaming is to be lucky and allow that to be the outcome of your winning. With this BOT capping, true investors are not able to get the true results of their labor. This is communism man.
By Hubert Willis

Have you ever walked into a real casino with $100 and thought, “Hey, this will be fun, maybe I’ll be a winner!” And then the first machine you sit down at eats your $100 in five minutes, and you leave the casino really disappointed? Well, that’s what this game is like. Don’t bother.
By glarehead

Best game to win free comps at all MGM casinos!!
By bostonsean77

I have most definitely found my favorite slot game here and it pays to be loyal here at pop slots. A must.
By papoouse

Best phone game i’ve ever had

Pop Slots is honestly my favorite game i have ever had on my phone. I play it every single day it’s soooo addicting and so fun and you can even win real rewards(the rewards are amazing you can stay at super nice hotel/casinos for like 2 nights for free and i’ve seen cruises offered too! best part of it is it doesn’t have adds and you never have to pay real money if you don’t want to I’ll admit it’s hard not to though :p have fun pop slotters
By Zpalen

Everyone is a Loser but Pop!

Listen, I've been playing this game for some time. Why? It has SO much potential to be fun. I keep hoping it will get better. (They have started creating new outfits, which I genuinely appreciate.) BUT this game is blatantly designed to make you lose so you will BUY fake chips with REAL money. Sometimes I do spend money on games, as that is my entertainment preference. However, usually I get something out of it (i.e. a new weapon, new decorations, potent power ups and so on). For this game, you lose everything on the same day you spend... every... single time. The Slots are so tight, you can barely even get a consolation win (such as 5% or 10% of your original bet). And they have this "Live" event that really doesn't allow you to choose the general size of your bet. If you have it, they will force you to over bet. But don't worry, they have a sale package to get you spinning again! *sarcasm* I'm just going to delete this app. It's nothing but heartache.
By tamarashannon2002