Sleepzy is a smart alarm clock that tracks your sleep patterns, wakes you up during the lightest sleep phase in a way that feels natural to get up, analyzes your sleep quality and notifies you if you have a sleep debt. It’s an essential app for everyone, whether you’re a morning person or a night owl. Use Sleepzy to: - Wake up rested to your fave music at the optimal time - don’t feel groggy anymore! - Set your Sleep Goal and track Sleep Debt - stay motivated to get enough hours of sleep - Track your sleep patterns - focus on sleeping not only long enough but well enough - Know your Sleep Quality - make adjustments to your daily habits to get your quality % up - Receive daily personal advice and explore worldwide sleep statistics with “Insights” - Get helpful weekly stats - Fall asleep to relaxing sounds - Get Weather Forecast at your location in the morning to plan the day ahead easily - Sync your data with Apple Health app Sleepzy + Apple Watch = More Fun Monitor your sleep with Apple Watch - the clear and easy-to-use interface will help you overview what was going on while you're asleep Please note that movement and noise from pets or a partner may impact results. Go Premium to: - Dive deep into insights with advanced stats and track your progress over time - Listen to your night sounds and find out if you snore - Unlock all sleep insights - Get rid of ads Start waking up stress-free at the best moment possible. Revolutionize your mornings! * Choose from different subscription options. Our standard subscription options are: 1-month Subscription with 7-day free trial 3-month Subscription 1-year Subscription * Subscription payments will be charged to your iTunes account at confirmation of your purchase and upon commencement of each renewal term. Subscription with a free trial period will automatically renew to a paid subscription. You can cancel your subscription or free trial in the iTunes settings at least 24-hours before the end of the free trial period. The cancellation will take effect the day after the last day of the current subscription period and you will be downgraded to the free service. * Please note: any unused portion of a free trial period (if offered) will be forfeited when you purchase a premium subscription during the free trial period. For complete access to all features, you will need to allow access to the following: * Microphone – so the app can analyze your sleep and record your night sounds. * Notifications – so the alarm will ring. * Media Library Access – so you can set your own music as an alarm sound. * Health App – so you can export your data to Apple Health. * Location – so you can receive the weather forecast for your area. Privacy Policy: http://www.thriveport.com/privacypolicy/ EULA: http://www.thriveport.com/eula/ AdChoices: http://www.thriveport.com/privacypolicy/#4 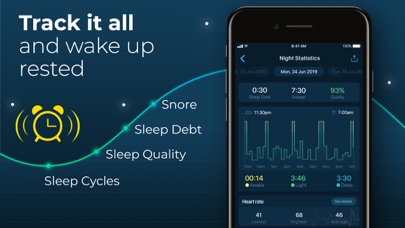 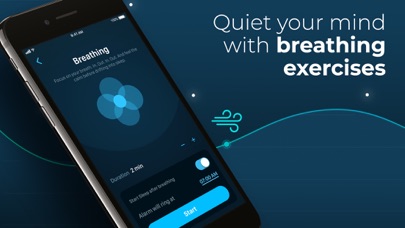 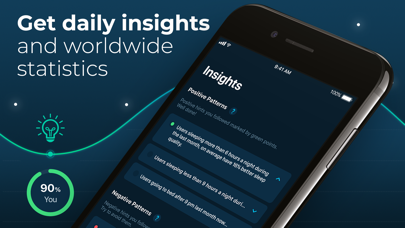 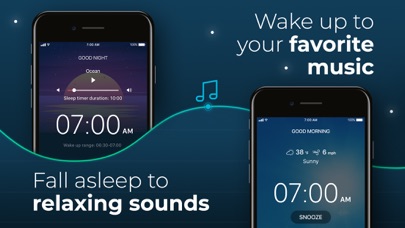 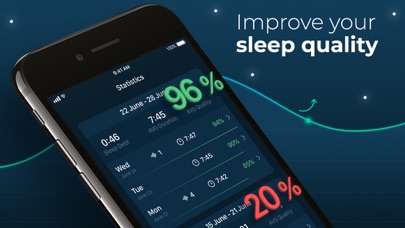 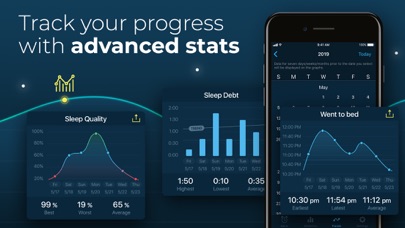 I used to have a Fitbit and I loved the sleep tracking feature. I added this onto my Apple Watch and paid for the premium. I don't like that it does not automatically track sleep, and there doesn't seem to be able to. Some nights the app would not launch at all. I will not renew when the time comes.
By Neilec

In less than one week this app has locked up. I had to delete and reinstall losing all my data. Not worth the price!
By Hunter 22 rich33

Enjoy this app when it opens

I overall like the app when it will open. I have owned the app for two weeks and 3 of the 14 days the app would not open to start the sleep tracker. I like the quality of sleep indicator and the sounds for falling a sleep and waking up. I however think the graph for sleep stages could be better. I did like my Fitbit sleep tracker app on my droid better for the sleep stages and times awake.
By mjh294

I downloaded the app. First, it wouldn’t even give me a “free trial” so I had to buy a subscription. So I do, because it looked like I had everything I was looking for, but then I tried to set it up. It let me open the first screen, set my alarm, but I go to the second screen and it wouldn’t let me click forward from that screen (which was just showing where to place your phone). I shut the app down and tried again. The same thing happened. So I shut my phone off completely and tried AGAIN. Nothing. I did this several times because I thought something must be up since it got so many great reviews! I deleted and redownloaded the app and still nothing! So I paid $19.99 for some crappy app that doesn’t even work!!! Total waste of my time, money and frustration!!! DON’T BUY IT!!!
By Kiwi Lover 10/30/11

After 6 months of using

I’m using this app constantly 6 months - it’s working pretty good for me. Wakes me up on time and the best part that I always feel rested after this alarm. With regular alarm I would feel tired and turned it off and continue to sleep. So this App is pretty good on waking up on time. But lately- today- it just not running on my iPhone at all. I’ve restarted and quit all apps it still not launching. Weird and annoying. Thank you and best!
By olga.tsibulina

It’s hard to maintain a record when there are nights that the app crashes or won’t even load. Restarting the phone doesn’t help. Just won’t work. Frustrating because it had worked the night before. Just doesn’t make sense.
By RenThunderrr

Not working for me

I use a fan at night and this app shows me never making it out of light sleep. I guess it uses the sound of movement solely to detect when you go into deep and REM sleep. I was hoping it would use my heart rate as well. My old Fit Bit worked better. Now I am stuck with a years subscription for nothing. Don’t use this if use use a fan at night.
By Ilovesoccerandchicken

The version that I have is free. It status are great but I need more time with this app.
By DcShake007!

I love but wish it was free

Would like for it be to be completely free 😢
By anaraly