HP Prime Pro is an extensive and integrated graphing calculator app that enables students to solve problems, learn, and explore on their mobile device. Designed with the same layout and features as the College Board approved HP Prime Graphing Calculator, the app answers the demands of the digital classroom and delivers flexible functionality anywhere you work. FEATURES: • Advanced graphing capabilities to graph implicit and explicit equations and inequalities, with the capability to trace or build tables of points of interest. • Use the Graph 3D feature to plot functions that define Z in terms of X and Y • Units & base conversions to handle the most complex problems in chemistry, physics, quantum mechanics and other engineering fields • Pinch-to-zoom and multi-touch capabilities for a hands-on, intuitive experience. • Full featured programming language including user defined functions and re-assignable keys • Perfect companion for secondary and collegiate mathematics courses with dynamic Geometry, Statistics, Finance, and Spreadsheet applications. • Just-in-time context-sensitive help available through the app. • Easily toggle decimals to special values of (a/b)*π, (a/b)*√(c/d), ln(a/b), and e^(a/b) • Solve single equations and systems of equations (linear and nonlinear).. • HP Prime Explorer allows the user discover several function families • Calculate bonds, cash flows, dates and more with the Finance feature. • Reduce keystrokes with optional RPN. • Delivers a multidimensional Computer Algebra System (CAS). • Authentic app, developed and supported by HP. 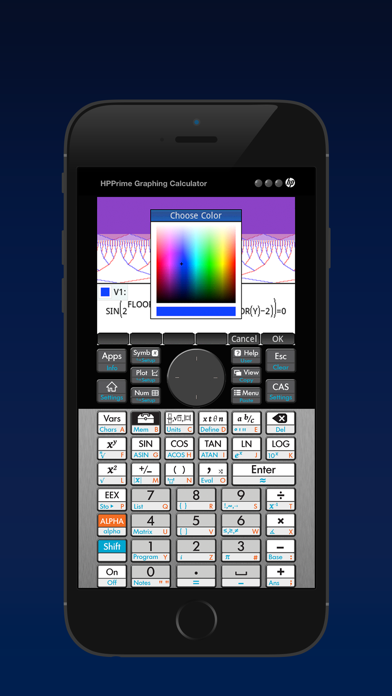 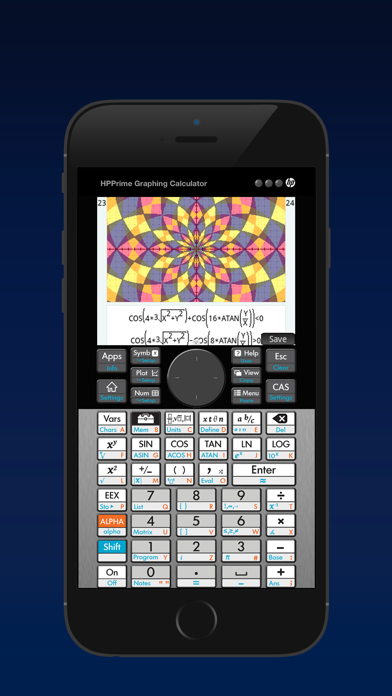 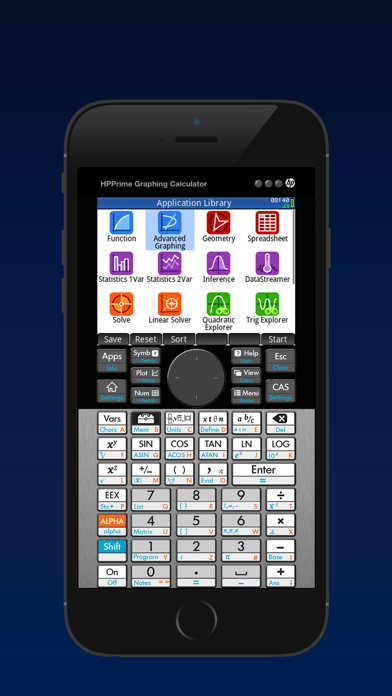 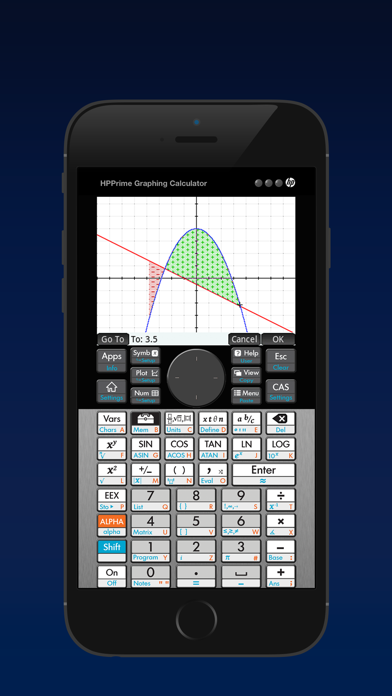 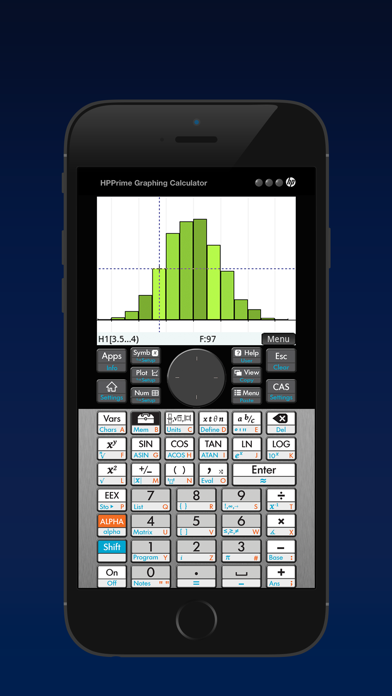 Ok, FINALLY someone at HP decided to fix this. CAS appears to work now, so far all functions I’ve tried have not caused a crash. This is once more THE BEST modern calculator you can get for an iPad! (Well, the vintage HP calc simulations are really great too.) Would be 5 stars, but ignoring it for about 2 years and leaving paying customers with a broken calculator after paying up to $25 has to knock at least 1 star off. ————- Original review below ———— HP, shame on you. Either fix CAS mode, or stop taking people’s money for a product that’s severely broken. BEWARE, this was a great calculator for iOS, but appears to have been abandoned by HP. DO NOT BUY.
By Kevin37753

Hey !!! They fixed the bug that had it crashing for two years. Back to a five star calculator.
By tmcquade

Great if it works!

I wish it made use of the entire screen and gave you the option of resizing the graphing/calculating screen. It's also not usable currently and just shuts down when I try to use CAS made to calculate anything.
By Craw2TheJ

A total waste of money...

I bought an HP Prime when they first came out. It and the virtual on my pc are in sync and not as glitchy as they were when first acquired. Using the connectivity kit i can save and load programs on external media as well as interchange between devices. HP does not support the iPad. I would like to know one thing...how does one get years of programs from a pc into an iPad that doesn't seem to connect to anything useful? I'm using iOS11.4 As for the calculator itself...it's just like the real one. And just as glitchy. update...finally can connect with my pc to transfer programs. Still just as glitchy as ever. But at least now I can save my work.
By Lifeform13

Finance App absolutely not working. I have had the real Prime for several years. Lots and lots of bugs that have taken years to get fixed. I wrote a huge and sophisticated Land Surveying program but due to technical issues I’ve put it on hold. Then imagine my surprise when I find out that there is NO WAY to get my program to be loaded into this Virtual Prime. Holy Stupid Batman
By BobKrohn

Cannot solve with CAS mode. Just crashes app. Considering cost of app, very disappointed. This was updated 11 months ago. I expect better from h.p. I'm a long time hp calculator user, and own the prime calculator. It's not perfect, but at least it's pretty stable, and gets regular updates. Too bad hp can't find the time to put a little care into the prime app.
By krischinx

All CAS functions crash the app

This used to be a useful emulator of the HP Prime, but the current version is buggy and crashes often, especially when using CAS functions. Sad.
By Sean Wall

Works but has bugs on my iPad Pro

Hesitant to purchase, I tried the Lite version, it was fine and so far I have had no issues with the Pro version. Having an HP Prime G2 calculator already, it is very useful to have access to the same functions on the go. I have not yet transferred my programs over (main reason I wanted the Pro version was for programming) but the basic program I tried on the phone version compiled and executed fine. Update - a week of frequent use and no issues. HP Prime is currently the best graphing calculator out there and having the same functionality on my phone is great. Update: there are indeed bugs. E.g. factor(x^3 + 3x^2 - 4x - 12) causes the app to crash. I was not able to submit a bug and the support link is useless. Down to one-star given bugs and lack of support. Must also add, the physical calculator itself does not have Andy of the bugs I found with this app. Neither does the free stimulator. However, providing a free stimulator for other platforms is no excuse for not supporting a $20 app.
By _NM_