Compare Colorado's best resorts and be prepared for an epic day on the slopes with Fresh Snow. Free features include: Snow report • Snow reports help you find the deepest powder based on real-time. • Compare resorts to find the best conditions for your trip. Weather • 7 day forecast at each resort so you can plan ahead. • 7 day history to see recent snowfall • Want to see the weather without opening the app? Check out the Today Widget. Real Time Alerts •Powder alerts with push notifications so you always know when the next big snow storm is coming. Ski Tracking • Record ski runs to track your your day on the mountain effortlessly. • Review your best days on your personalized profile. We also offer a yearly auto-renewing subscription for that provides you with even more great features! Paid features include: Season Pass • Add your real life season pass to find the best days to use your pass. Hourly Forecasts • Get hourly weather updates to plan your day. Detailed Ski Runs • Full reports for each ski run for deeper insights. ------------------------------ You can review our Privacy Policy and Terms of Use at http://avalancheapps.com/terms-of-use/ Additional facts about auto-renewing subscriptions: • Payment will be charged to iTunes Account at confirmation of purchase • Subscription automatically renews unless auto-renew is turned off at least 24-hours before the end of the current period • Account will be charged for renewal within 24-hours prior to the end of the current period, and identify the cost of the renewal • Subscriptions may be managed by the user and auto-renewal may be turned off by going to the user's Account Settings after purchase • No cancellation of the current subscription is allowed during active subscription period Get first tracks. 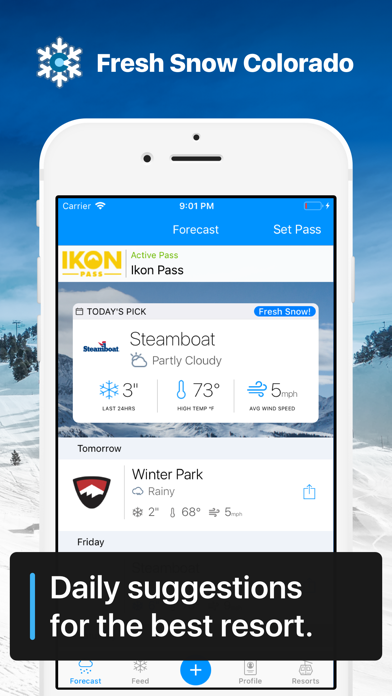 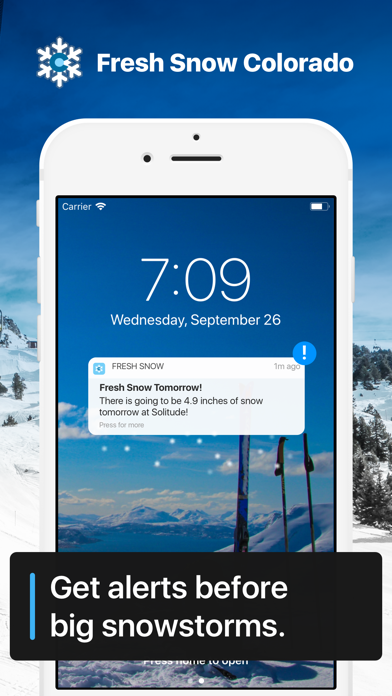 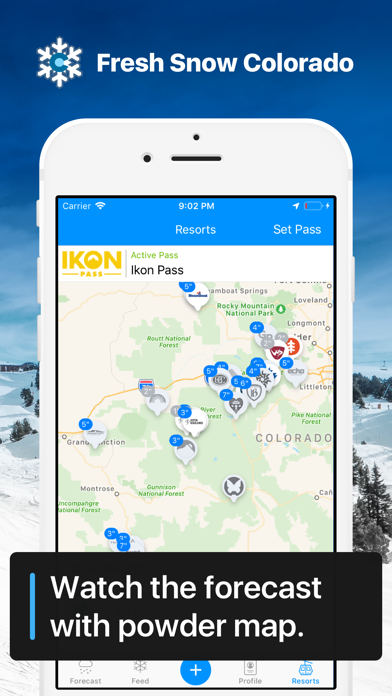 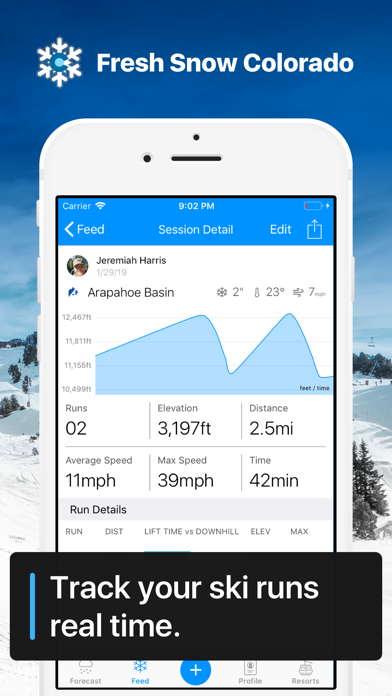 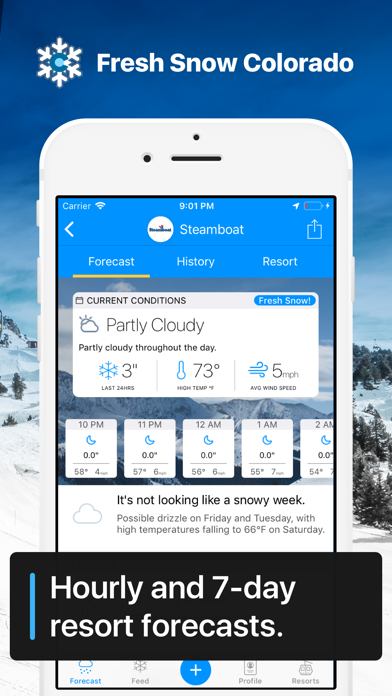 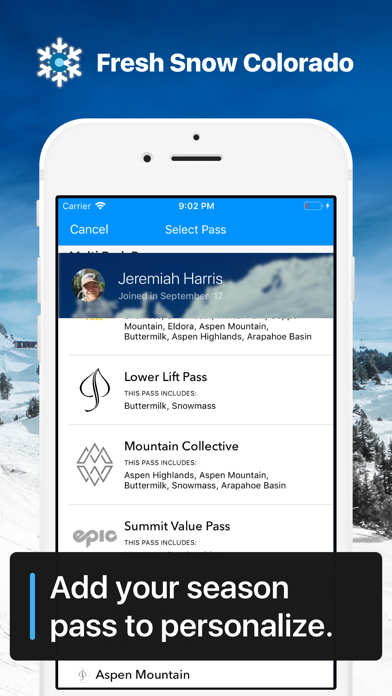 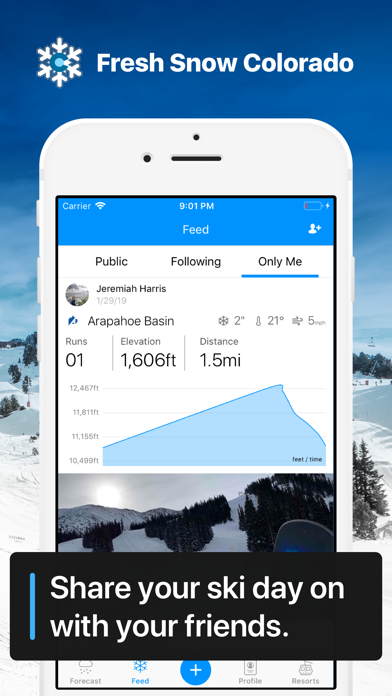 $20 a year! For information that is found a ton of other places for free. Just selecting your season pass is hidden behind pay wall. No thank you! Uninstalled!
By StringF

In my brief experience, this app gives unreliable information. For instance, I received an alert this morning that indicated Wolf Creek had received 69” in the past 24 hours so I went on the internet to check the snow report on Wolf Creek’s own website.......it indicated that not only had they not received 69” over the past 24 hours but they also were not reporting any new snow fall over the past 7 days ! Similarly, according to the app, Steamboat has been getting snow every day but again, when I check the report on Steamboat’s website, the information simply doesn’t align. I don’t use the tracker so can’t comment on that.
By Oldguyonskis

All the necessary information is available EXCEPT for the depth of the base. Had I known this was not included, I would not have purchased.
By gfm1958

Crashes about a second after it shows the splash screen, tried downloading it twice.
By 99sam9191

This app is perfect, totally would have given it 5 stars. The only issue I have is with device support/compatibility. It might also be an issue on my part, but a good amount of people still have devices on iOS 10 and that is what my phone runs on. Now my iPad runs in iOS 13, so that was how I was able to review this app. Keep up the great work!
By 🍪Cookie7🍪

Lacks utility and is expensive to link to pass

I have both the Epic and Ikon passes. I use the EpicMix pass for visits to Epic resorts. I was hoping this app could give me the same features when using my Ikon pass at Colorado resorts, or, better yet, allow me to use this app for both passes when skiing Colorado. However, this app lacks the maps and lift guides I find so useful on the EpicMix app, and while it will allow me to link my Ikon pass to the app, I must pay $19.99 yearly to do so, while on the EpicMix app linking is free. Further, it appears that I can only link one pass. Given this, this app is not a great option for me.
By FayLeeCO

Very expensive. Only gives info you can get for free

This is a limited scope review, because I did not pay the huge price, so maybe, if I did, some miracle would occur and it'd be worthwhile. If I had, and still was this unimpressed, I'd give it two stars, but it doesn't seem fair to knock their average down that far without a real try I found on several websites all the weather and snow info this app seems to offer. For free. Other than that, it doesn't know anything about the individual area. Telling you what vert must be pretty useless (if you can make it work; I started it, but nothing got recorded).
By Observanti