Map Distances & Area allows you to populate a map with map pins. The distance between the map pins is displayed as well as the area within the map pins. A circle can be displayed using one pin as the circle center and another pin as the radius distance. Features include: . . Create an unlimited number of separate files that contain different sets of map pins. . Choose between different distance and area units such as feet, meters, and hectares. . Add notes to any file. . Import and export a file as a GPX file. . Import and export s file as backup copy or send to other team members. . Add map pins by shift-clicking on the map, or enter an address or coordinate values. . Drag a map pin to new locations as needed. . Map pins are numbered for easy identification. . Choose between Apple Maps or OpenStreet Maps. . Distance between map pins easily readable. . Zoom to a selected map pin. . Send map pin locations to Apple Maps. . Save a screenshot of the map to disk. . Optionally connect first and last map pin to create an enclosed area. . Get latitude, longitude and location of the selected map pin. . Easy to Use! Please contact us regarding bug reports, complaints, suggestions and comments. 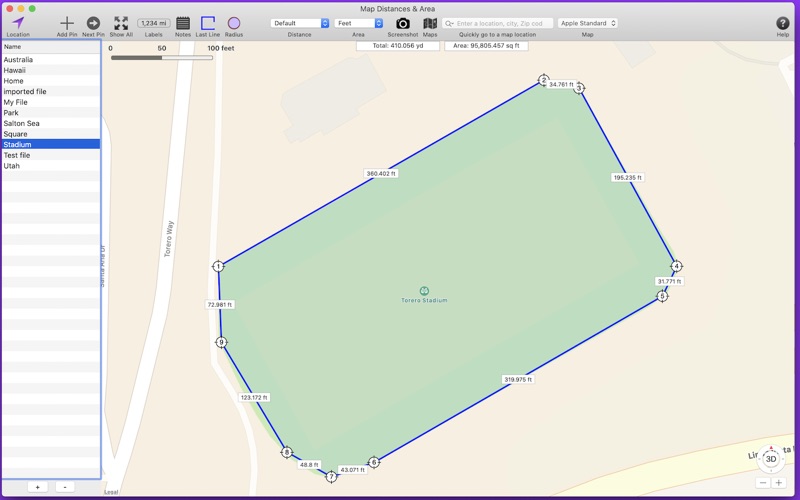 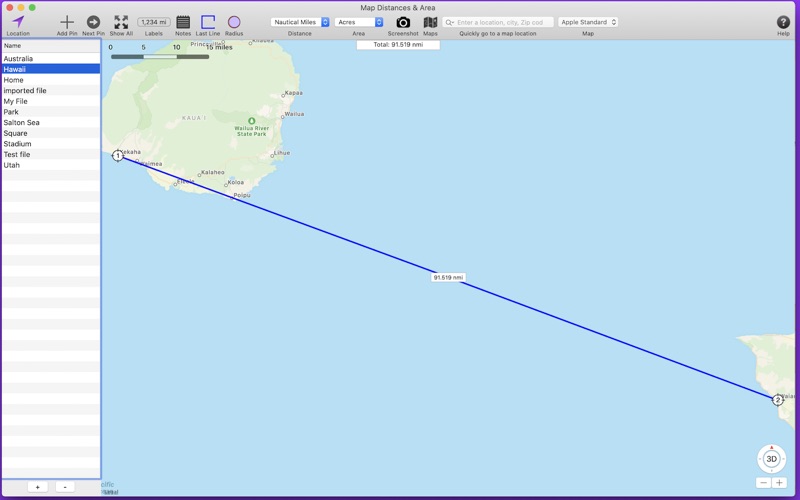 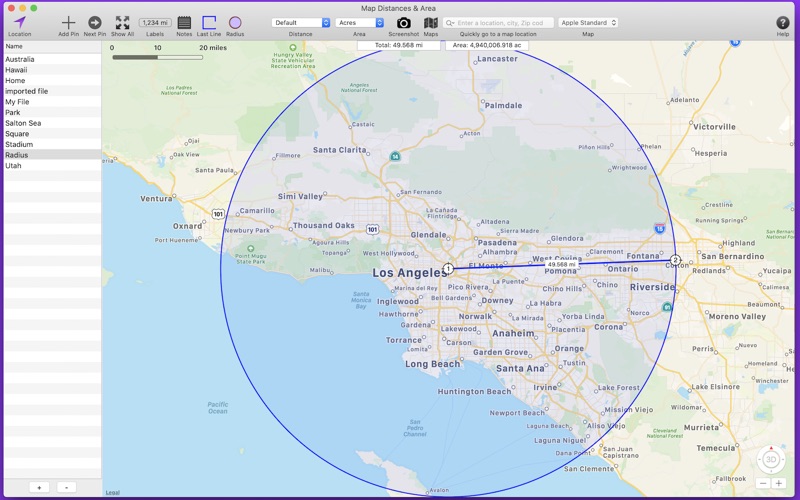 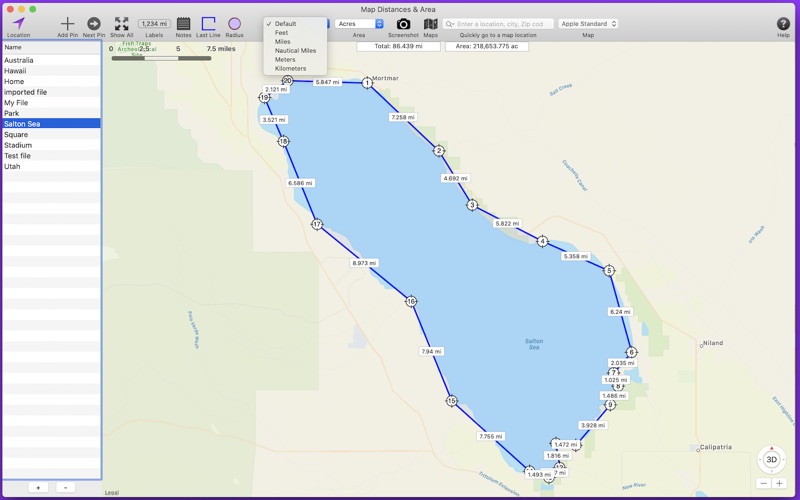 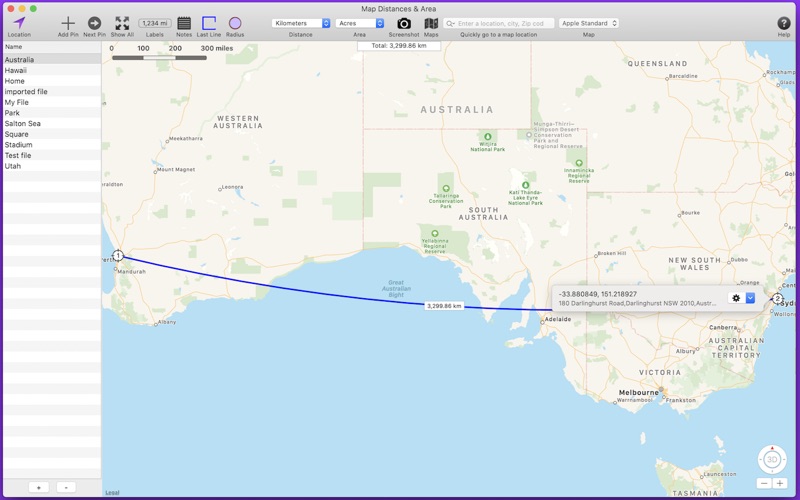 WAY more complicated to use & figure out than any other map app I've seen. Poor instructions. Though it is described as a companion app to Apple Maps, it can't measure distance along roads, but only in straight lines.
By Igoncat

New update and it crashes immediately. Developer told me to uninstall and reinstall did that still crashes immediately save your money app is useless Latest update fixes crash on Launch. App now works as advertised
By frustrated by aperture

App makes it impossible to select a location to drop pins on the map. This should be the first thing the app allows. It’s lack makes the app worthless.
By hbullen

Drop a pin, drop another pin (as many as you like, they all stay on the map), and you get an instant readout of distance between pins. That's all it does. Great developer, too, very responsive to suggestions with quick responses, he has already added features to the next upgrade from our back and forth emails. For a 99 cent utility, this is a great little app.
By HenryAZ

Hot Springs of the USA