Protect your online privacy with Hexatech VPN's ultra-fast servers with a simple tap of the connect button! Connect today to get unlimited VPN access to all your favorite content while keeping your digital identity anonymous and secure. ► Unlimited VPN features: ■ Unlimited bandwidth - Get unthrottled access to all our premium VPN servers. ■ Unlimited traffic - Send and receive limitless amounts of data without worry. ■ Unlimited time - Stay connected all the time for complete mobile security. ► Why do I need a VPN? ■ Keep your internet browsing activity private and anonymous. ■ Protect yourself from cybercriminals when connected to public WiFi. ■ Secure your connection and access content from anywhere in the world. ► Hexatech features: ■ One-touch connect for quick access ■ Over 81 International virtual locations ■ Full-time customer support anytime, anywhere ■ Military-grade encryption from your phone to our servers ■ Connect up to 5 devices ► Start your free 7-day trial today, and get the plan that is right for you: Monthly: $12.99 Quarterly: $26.99 Yearly: $69.99 Payment will be charged to iTunes Account at confirmation of purchase. Subscription automatically renews unless auto-renew is turned off at least 24-hours before the end of the current period. The account will be charged for renewal within 24-hours prior to the end of the current period, and identify the cost of the renewal. Subscriptions may be managed by the user and auto-renewal may be turned off by going to the user's Account Settings after purchase. No cancellation of the current subscription is allowed during an active subscription period. Any unused portion of a free trial period, if offered, will be forfeited when the user purchases a subscription to that publication, where applicable ■ Terms of Service: https://www.hexatechvpn.com/terms/ ■ Privacy Policy: https://www.pango.co/privacy/ 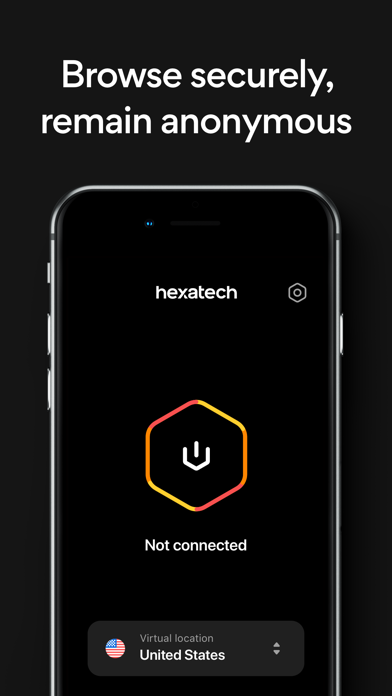 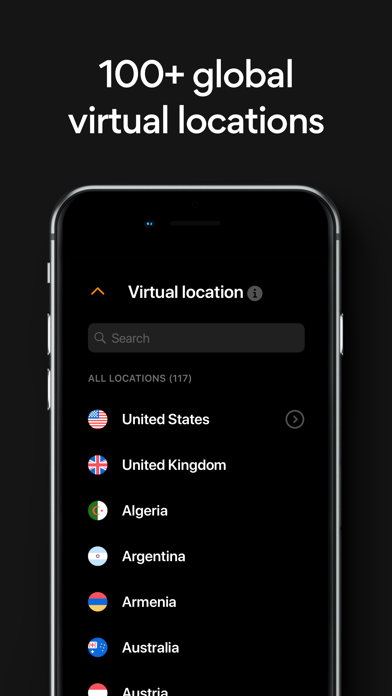 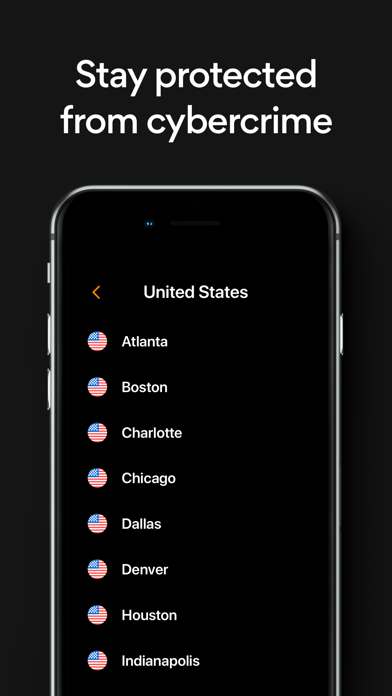 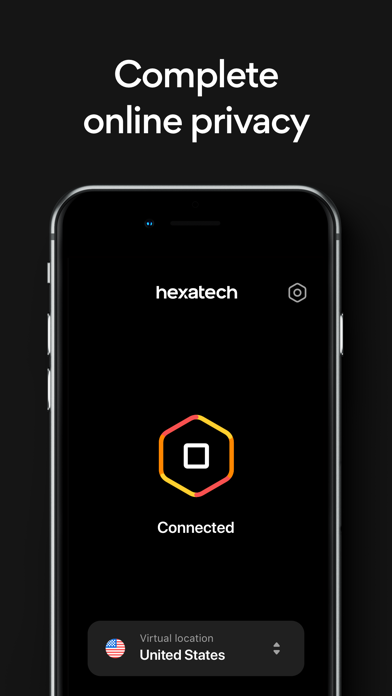 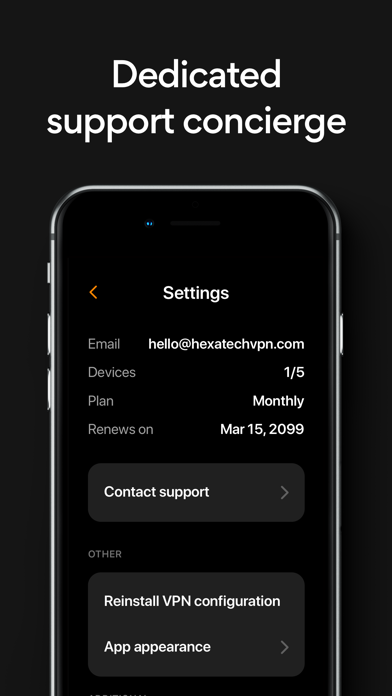 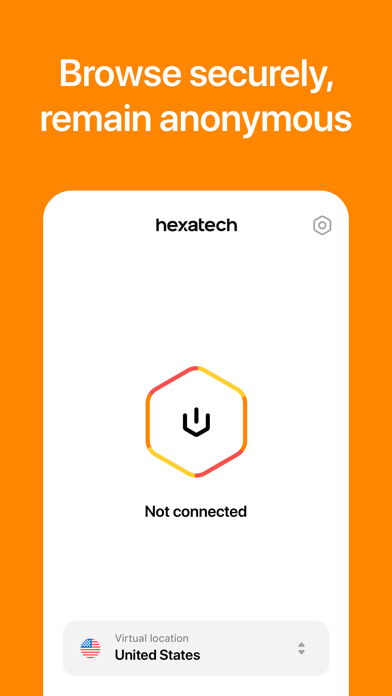 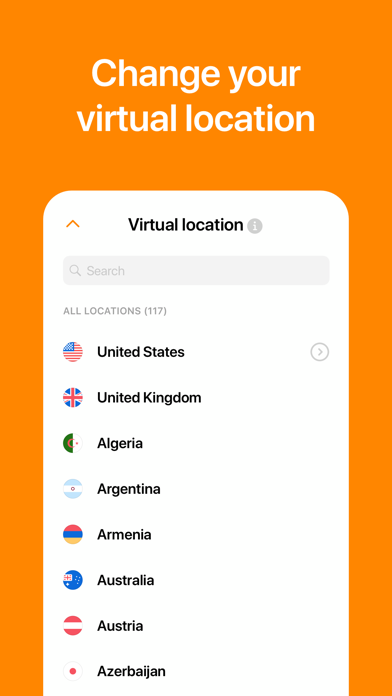 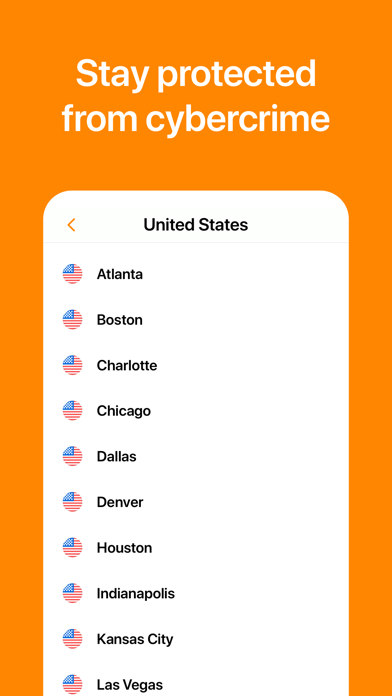 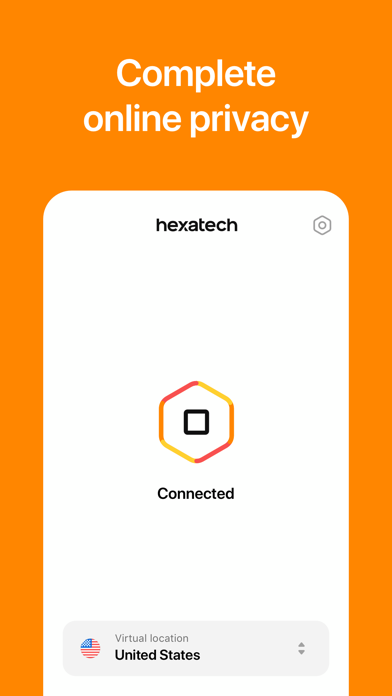 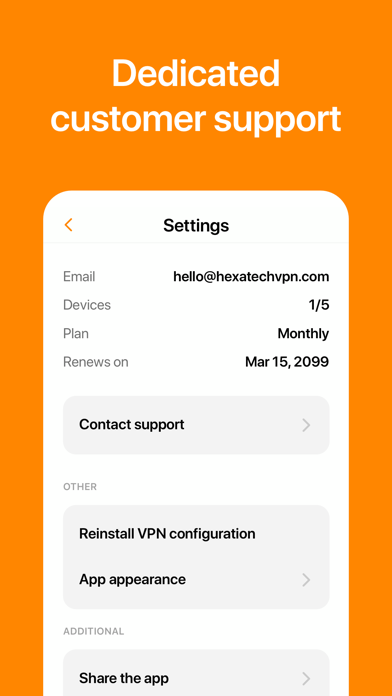 HexatechVPN is the best VPN ever! I don’t even notice it is running!
By Mercer6767

no one trust these app it’s not free i report that to stor... update,,,,,why u not replying on the public "... are u shy or can’t explain for what lie ¿
By midhatjj

perfect and fast
By Saady.H

Don’t bother getting this app. I litterly opened the app and not even 10 seconds later there was a thing saying to subscribe. I couldn’t say no cause there wasn’t an X. I wish I could give this zero stars. Reply to this after you get this fixed. 🙄
By mad puppy 🐶

I keep getting a billing issue and have spoken to an Apple support rep. They say I have a pending charge of $13 but when I go through my subscriptions and purchases, it all shows $0.00 because the app is free... I would very much appreciate it if you guys could remove whatever charge it is considering I don’t even use the app.
By Webster1996

After updating to iOS 13.5, my iPhone SE can no longer fetch email thru HexatechVPN.
By Team_Sexy

I downloaded it then deleted it and it charged me even though I didn't use it.
By Ljghha