50% off Sale Today! The #1 Pittsburgh Sports Radio and more! *****Only app that streams Steelers announcers Bill Hillgrove and Tunch Ilkin *****The best Pittsburgh sports app you'll ever find! *****Amazing price for all the Pitt teams and local radio - Listen to the Steelers, and Pirates LIVE in HI Def streaming! - The latest Steelers News, Highlights, videos, and articles. - Penn State and Pitt Football Radio - All the the major Pittsburgh Music and Talk AM & FM stations - Emergency Police and Fire Radio scanners - Music & Talk Radio - Read up on local news - NO Monthly Subscription Pennsylvanians, Pittsburghers or Pittsburgh transplants this Steeler Nation Radio is made just for you. Not only does it have the best local sports radio and live games for the Steelers, Pirates, Penguins, and the area college football programs but it offers all the popular local Pittsburgh area AM FM stations all in one place. On top of that Steeler Nations provides you with the local Police & Fire radio for Allegheny County scanners to listen into in case of emergency. Steelers Pirates Penn State U of Pitt AM & FM Stations Allegheny County Police & Fire Radio Scanners In the event a station is not working or you can't find one please email us under the "Settings" menu within the app and we'll do our best to add it. 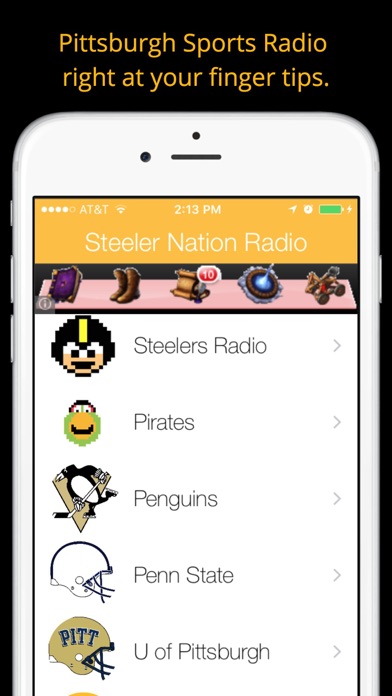 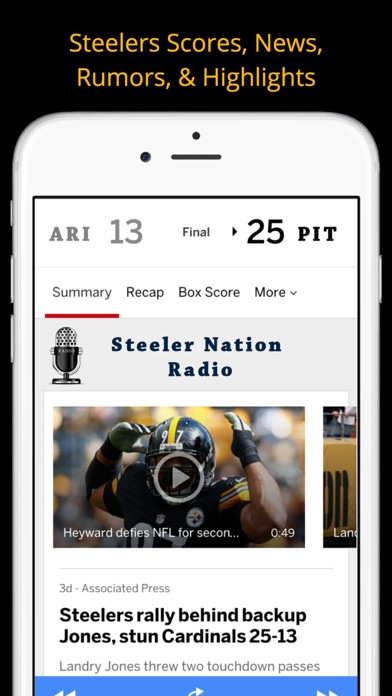 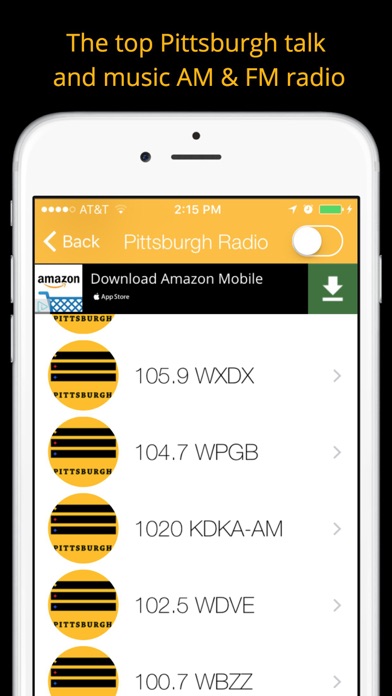 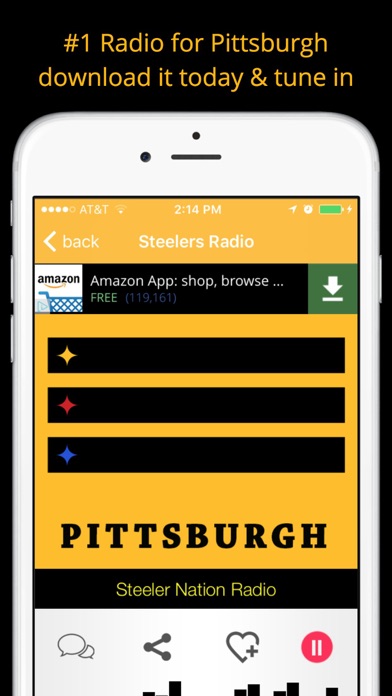 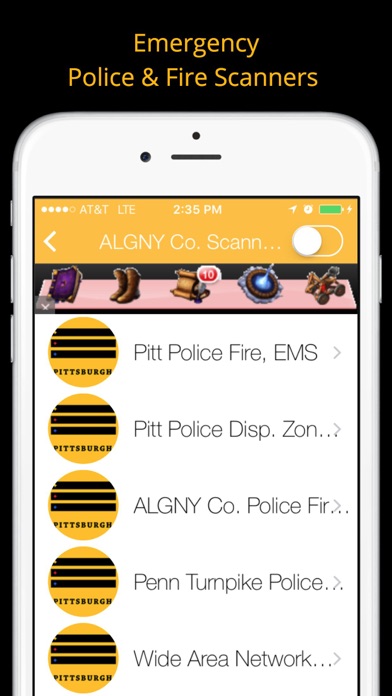 Living in Ohio and not having Sunday ticket makes it hard to catch games I finally found a app that’ll let me root the Steelers from Heinz west when I can’t watch a game! Here We Go!
By 18Bowlin

No audio on my Iphone with this app?
By kolb cowboy

Over the last few years I have loved this app, especially since I hate listening to the national guys on TV love hearing the Pittsburgh commentary team. Over the last few weeks of this 2019/2020 season however I never get the game just the Sirius playback junk. There doesn’t seem to be any support for this app anymore and I’ve emailed the company and nothing. Stay away. Go buy a cheap clock radio.
By Bryan Deth

It’s a good app for the 2 bucks or what ever it cost. Has a lot of radio stations for the sport you want. Football. College ball. Baseball. And hockey.
By imonfoodstamps

Works for me, all the way to California!!
By Dudebod

Italy and the steeler game

I am in Rome listening to the game live. Only thing better would be video stream.
By hdhdheuejdhd

The whole point of buying the app was to listen to the Pittsburgh Steelers play… it is blocked in my area so the app is worthless to people outside of Pittsburgh.
By BillofSteel