Choose a ship, select your weapons and go to battle against opponents around the world. Use team strategy and firepower to take your fleet to the top - it's sink or win! – Choose your ship – Shooter has a big array of weapons, Speeder is fast and furious, Enforcer is agile and versatile, Defender is a floating tank, and Fixer keeps friendly teammates floating. Level up your ships for more hit points and power! – Collect weapons – Collect, upgrade and evolve your weapons to gain more firepower. Choose from a huge selection of destructive, defensive or utility items. Acquire special perks to further enhance the power of your gear. Whatever fits your play style and keeps your team from sinking! – Host your own battles – Host a competition with your friends and guild mates in Custom Battles. Create a lobby and invite up to 10 players into 2 teams, plus up to 5 spectators. Play your own 5v5 tournaments or prove your skills in 1v1 duels. – Join a Guild – Team up with your friends by joining or creating a guild. Guild leaderboards pit your crew against other bands of blast-happy captains. Who will rise to the top? – Take on quests and achievements – Finish quests to earn gold and sugar or go on a guild quest marathon for a chance to earn spectacular loot. Pass achievements to earn pearls and powerful items. Prove your Infamy by competing in ranked two-week tournaments for exclusive rewards! – VIP Subscription – Battle Bay offers a VIP subscription service that grants its members exclusive benefits: +50% Ad-Free bonus to Battle Rewards +20% faster Crew Training One free Daily Shop Refresh Access to VIP Chat Channel The VIP membership subscription is available as a weekly or monthly purchase at a price of $4.99 / week or $9.99 / month. Payment will be charged to your iTunes Account starting at the initial confirmation of the VIP Subscription purchase. Your VIP subscription will automatically renew 24-hours before the end of the current payment period. Manage subscription auto-renewal in iTunes Account Settings. No cancellation of the current subscription is allowed during the active subscription period. Cancellation will take effect at the start of the next subscription period. --- Terms of Use: https://www.rovio.com/terms-of-service Privacy Policy: https://www.rovio.com/privacy 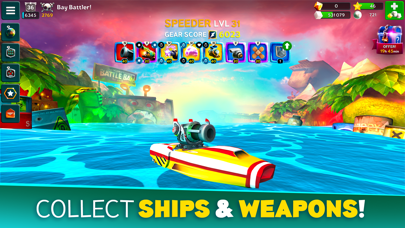 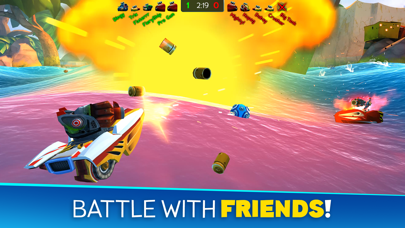 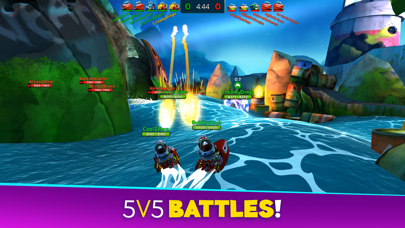 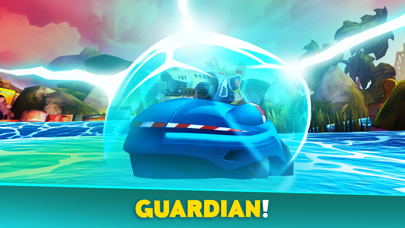 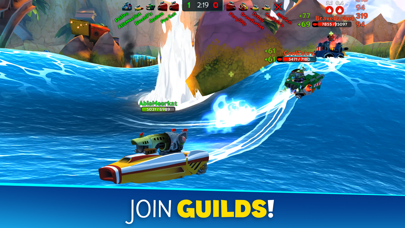 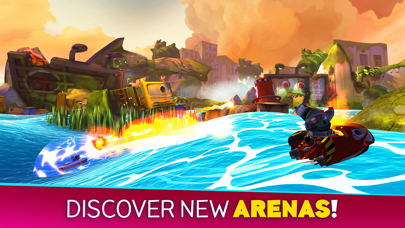 Graphics are great and gameplay is smooth. The game is even and balanced and you do not have to play to long to get the gear you want.
By Mr. Tree_is_friend

Shame they did stick with it.

This game had huge potential and it really is tragic that it’s kinda been left to waste away in some niche gaming corner. It’s still fun to play but the wait times aren’t the best. Don’t expect any new content sadly
By fulmag

This game censors the word Biden and Pelosi is public chat but not Trump. Many phrases about democrats is censored. If you enjoy helping a propaganda machine then you can play this, otherwise avoid. Chinese liberal propaganda.
By ListenUp2All

Such a good pvp game

Sure wish they would put a dev team back on this game ! We love it! Give us new maps a weapon and ship please
By Dawson Gold

I have played this game a long time. It won’t allow me to play in the “ranked” competition now whereas i used to before. I suspect they want me to spend more money to be able to play in the ‘Ranked’ competition. I won’t spend anymore money on such unfair gameplay. Unethical if you ask me.
By tuna scows

This game is trash

This game is the worst game i have ever played in my life dont download it it will make you hate your life 1. The match making is unfair you could get to healers on one team and none on the other 2. Afk players at the start of a match they do nothing but sit there and your team could lose because of it 3. There are hackers everywhere there are speed hackers there are teleportation hackers 4. Rovio don’t care about this game any more there hasn’t been and update in 1 year so basically dont download it its trash
By soma2024

I’m Stuck in the tutorial because am at the stage where it says equip shield. I have the shield but the shield and another item switched spots so I can only drag the item not the shield. Really think you should fix that.
By puzzlerq23