Get to the heart of a destination with Guides by Lonely Planet. Packed with offline maps, must-see sights, neighborhood guides, audio phrasebooks, immersive experiences and backed by advice from on-the-ground experts, our city guides are the ultimate resource before and during a trip. With a currency converter, transport info, and 'near me' functionality, Guides is a trustworthy travel companion that will help you make the most of your experience. • Explore our 8,000+ city guides, 352.000+ places and narratives curated by our experts • Navigate with easy-to-use offline maps • Discover a city's Must see sights, or dig deeper with collections • Get into and around the city with transport info • Uncover the vibe that's right for you with neighborhood guides • Save places with simple bookmarking • Find the perfect activity with powerful filtering • Travel confidently with essential tips • Take a look around these cities with our 360º immersive experiences • Amsterdam • Bangkok • Barcelona • Beijing • Berlin • Bogotá • Dubai • Florence • Hong Kong • Kuala Lumpur • Los Angeles • Madrid • Miami • Milan • Naples • New York • Paris • Pisa • Prague • Rio • Rome • Shanghai • Singapore • Taipei • Tokyo • Venice • Verona • Vienna • Yerevan • Speak like a local with phrasebooks in 19 languages • Arabic • Chinese • Chinese (Hong-Kong) • Czech • French • German • Greek • Japanese • Italian • Korean • Polish • Portuguese • Russian • Spanish • Spanish (Latin-American) • Swahili • Thai • Turkish • Vietnamese SUBSCRIPTION OPTIONS: Whilst you can download Guides for free, you’ll need to subscribe in the App to get unlimited access to all our content and tools with our subscriptions • One month for $4.99 • Six months for $21.99 (Save 27%) • One year for $39.99 (Save 33%) By subscribing to Guides, you will get instant access to the full Guides app functionality. This means that you will not be able to change your mind and will lose any statutory right to cancel. You may upgrade, downgrade or cancel autorenewal in the App Store. Prices may vary by location. Terms and Conditions: https://www.lonelyplanet.com/lpm-static-files/ios-eula.html Privacy Policy: https://www.lonelyplanet.com/lpm-static-files/privacy_policy.html Our writers live and breathe each city they visit, reviewing every place that makes it into our carefully curated guides. Questions? Feedback? We're always listening at AppSupport@lonelyplanet.com Happy travels! 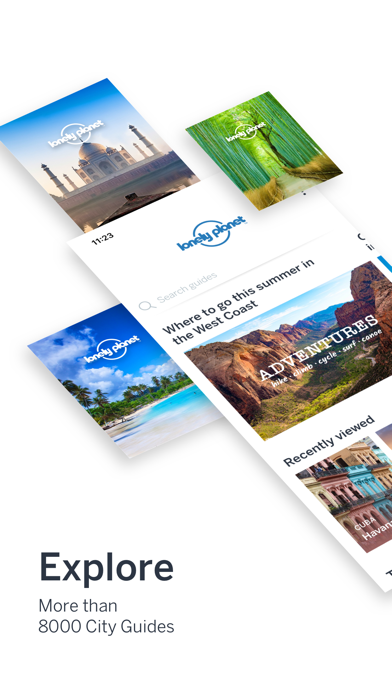 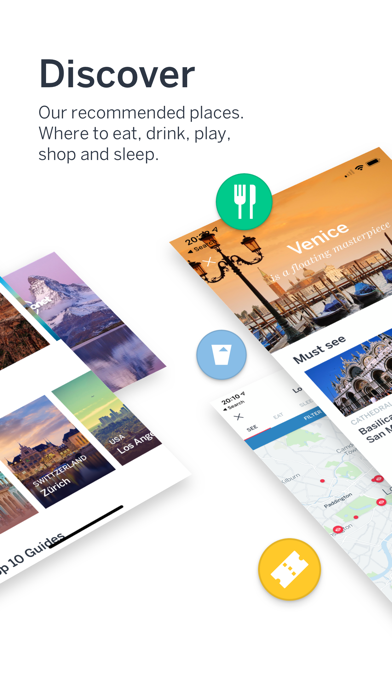 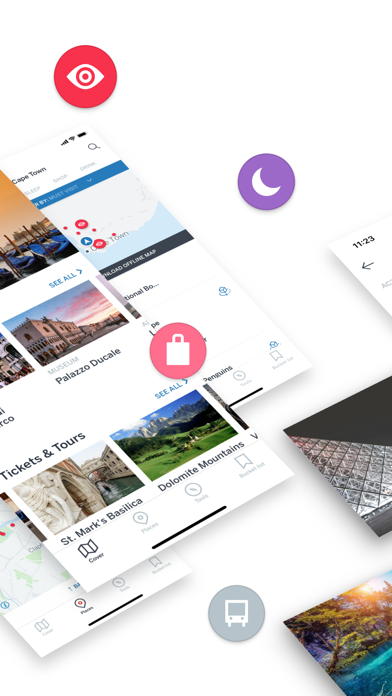 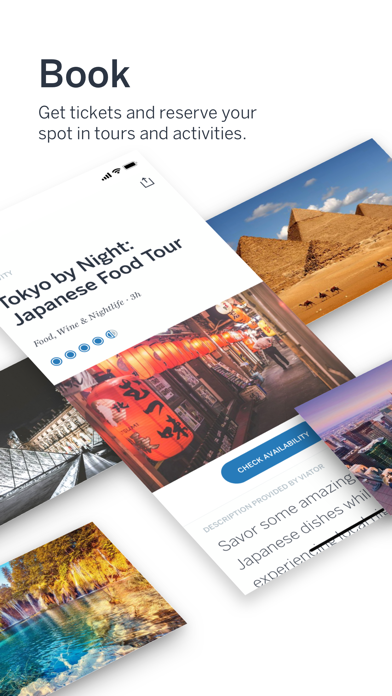 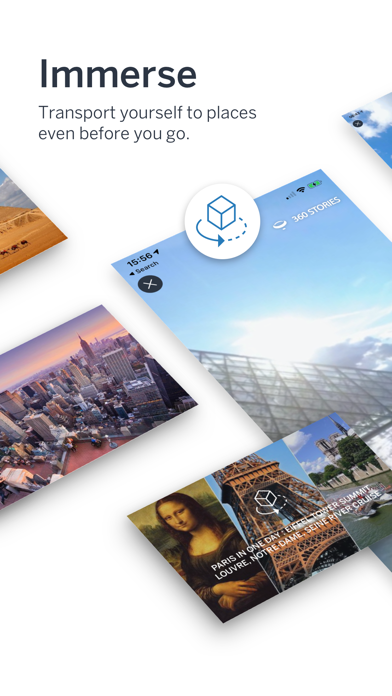 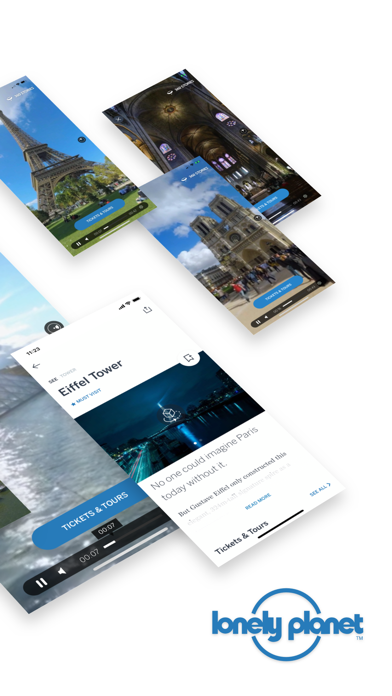 A Pay Wall? No Thanks

I decided to take a look at this app after reading the glowing reviews. Alas, my limited experience has left me wanting. I recently took a trip to Austin and beforehand did a ton of research to figure out all the best places to go. I didn’t spend a penny. So when I found this app, I decided to see what they felt was worth seeing in Austin, not realizing there was a pay wall. After a little looking, I noticed that, while there are a few more worthwhile locations that I missed, there are also a few prime spots that this app missed as well. Then it started telling me I needed a subscription. Huh? I’m not asking for a travel agent. All this information is free elsewhere on the internet. Yet you want me to pay $40/year? When the public has no way of suggesting places you guys missed? Umm no. It may be nicely organized and developed, but that’s not worth a subscription. Maybe a one-time payment. Maybe.
By yungstud

Just use google or trip adventure app
By eng1fares

App crashes upon start. Was hoping to use to plan my trip to Denver, but that’s not looking like an option anymore!
By RebaF17

as a broke college student who loves to travel this app was amazing to me but they ruined it by making it a subscription service now i cant afford to use it and losing out on a very valuable resource
By :(disappointed:(((

I’ve used this app for years when I happened to be in a city traveling for work. It was great! But I would only use it three or four times a year so there’s no way I am going to pay for the new subscription model. I see you now have 8,000 cities instead of 275. Maybe keep the original 275 as free. VERY disappointed in this change, good thing TripAdvisor is still free
By expat in asia 1

Already Preparing Plans for What Next

I love it!
By Alrightybenscott

This Is How You Ruin A Great App!

Loved using the app the past few years as I planned out my trips. It was really helpful with navigating around a city and finding things to do. I get that they needed to find a way to get money for all the work they put into these guides, but this isn’t the way to do it. Packing everything under a one size fits all subscription model seems a bit obtuse. I’m not going to pay a monthly/yearly subscription for something I would use two weeks a year in a single city or two and could easily substitute with a google search. If they find a better way to monetize I’d be in, but this isn’t it no matter how many cities they add.
By ClashOfPenguin

Hope have more cities and places available in future!
By 月月1219

Once fantastic app that now has costs for everything

This app was previously my go to travel planner for new cities I was going to while backpacking and studying abroad. I used it in Western and Central Europe, China, and India and it had my back every time. The offline guides download and search and save functions were amazing and avoided expensive data usage. Guides were well written with great recommendations and curated collections that would show you attractions off the beaten path. Enough cities were supported that you could find a guide for pretty much anywhere you go. Sadly Lonely Planet must have realized how much money they could have been making and put everything behind a subscription paywall. It makes no sense to subscribe to a service you’ll only use specifically when traveling. Delete the app and find another travel guide until that too inevitably disappears behind the impersonal face of a paywall.
By YashBrowns

Couldn’t be more annoyed by a once-beloved app. Imagine my shock when I discovered that the app’s guides are no longer free. After reading the replies to other reviews, all of which are identical for the most part, I am utterly disappointed overall. What a terrible way to alienate loyal readers. If it is so costly to pay employees to write content for the guides, go right ahead and sell each individual city guide for a reasonable price...but who needs $40 worth of app information annually?! How many people take vacations to several different countries each year?! This was a horrible decision. Fewer guides to the most popular cities FREE was far, far preferable to thousands of guides at a stratospheric annual cost. Guess I will go to the library instead from now on, since the Lonely Planet guides are FREE there. Or maybe I will just stick to using T.Adv. from now on. Devastated!
By SineWaveFL