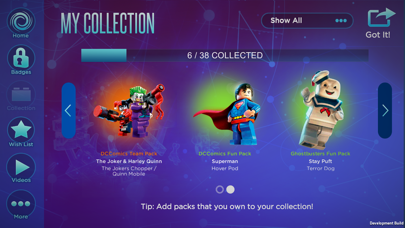 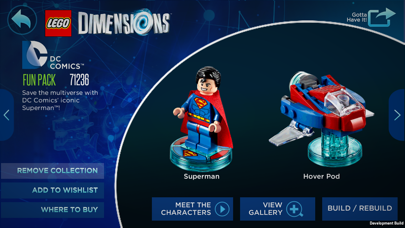 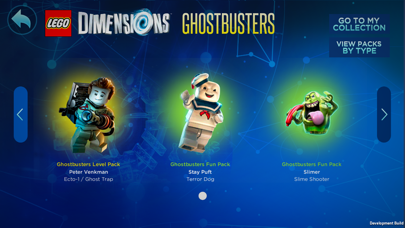 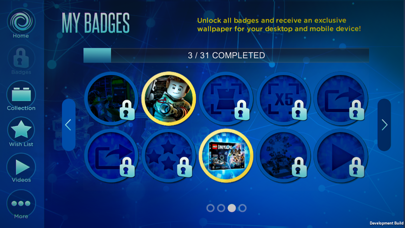 Don’t argue with the app

FIX THIS GAME BEFORE I NEVER PLAY LEGO AGAIN

So I download the app and even if I make an account... IT WON’T WORK AT ALL! So can you please fix it so I can play this LEGO game
By Fixthisgameorelse

This is not a game I wanted to play for a very long time but it’s not a game! Ur kidding right, anyway pls do not down load it’s not a game if u find the real game ur a smart person. SO DO NOT DOWNLOAD THIS ITS NOT A GAME ITS A WASTE OF TIME!!!!!!!!
By Meeky20

THE THING WON’T WORK WHEN PUTTING YOUR BIRTH DATE!🤮THE GAME ISN’T A GAME ITS 💩 POOOOOOOOOOOOOOOOOOP!!!!!!!
By BILLY👾👾👾👾👾👾

The date field has a bug that doesn’t let you setup an account: What’s the point?
By coolicek

Okay first you can’t even play an go around a LEGO land like in the real game! Second all you Allan do is collect and it doesn’t even make you scan your game is a rip off! This game sucks😡 so I deleted it!😡
By gamelover6233😌

Great except one problem...

I have the game on PS4 (along with loads of other LEGO video games) and one day I was strolling through the App Store and saw this! I thought “Cool! Now I can creat a wishlist/bucket list in a flash! And watch cool videos!” So I went into the app, checked “I have this” on all my characters, and checked “I want this” on all the characters I wanted. (I have A LOT of Packs. And I have all the Ninjago characters except Lloyd 🙁.) Then I went to watch videos and clicked “Chase McCain spotlight.” but the video didn’t load. Then I checked my internet and it was fine. I tried troubleshooting some more. But it didn’t work. So please fix if you can. 👍 P.S. People who got this game this ISN’T A GAME! It’s a collection vortex for the actual game on consoles. The reason why it’s not on handheld is because for the puzzles you need to use the toy pad also even if it was on handheld it would be boring with no free roam to new worlds, and no fun keystone puzzle solving. So please respect that these people try to do their best to make LEGO video games fun for everyone. 🙂 Bye!
By Cagey Cretin