Hey America, missing Las Vegas Casinos? Get the thrill of winning in the palm of your hand! Play top-ranked my KONAMI Slots anytime you feel the need for a little social casino fun and a quick escape. my KONAMI features some of your very favorite slot machines straight off the Las Vegas casino floor. Download the my KONAMI Slots app for iOS to play a free social casino game and start having fun in so many ways including free spins, big bonuses, progressive jackpots, and working your way up in VIP status. What Do You Get in my KONAMI Slots App? When you download my KONAMI Slots App to your iPhone or iPad, you get immediate fun with free to play slots, including the popular Jumpin’ Jalapeños and Star Watch Magma! Many of the machines in my KONAMI Slots are games that you already love playing on the Las Vegas casino floors. Here are even more reasons to play my KONAMI Slots: * Daily Bonus Wheel * Huge Progressive Jackpots * High Roller Rom * Authentic KONAMI inspired slot machines including Jumpin’ Jalapeños, China Mystery, Lotus Land, Lion Festival, Star Watch Magma, and many more * Bonus Games * Different Events Every Day * Chip Bonuses every Two Hours If you like games that continuously update with new content, you’ll love my KONAMI Slots. This free social casino game is constantly getting new slot machines, which means that you can keep finding new favorites. Note: - my KONAMI Slots is intended for individuals 18 years and older. - my KONAMI Slots does not offer real money gambling. - PLAYSTUDIOS, the developer of my KONAMI Slots, is not affiliated in any direct or indirect way with any real-money gambling operations on other domains. - Virtual chips used in my KONAMI Slots have no real-world value and cannot be redeemed for anything of value. - Playing free-to-play slots games does not imply future success at real money gambling. - In-app purchases available. - PLAYSTUDIOS, the developer of my KONAMI Slots, is a member of the International Social Games Association (“ISGA”) and has adopted its “Best Practice Principles.” See more about the ISGA at www.i-sga.org. For information, guidance, tips, and advice on social gaming, visit “Smart Social Gamers” at www.smartsocialgamers.org. Like us on Facebook: facebook.com/mykonamislots Follow us on Instagram: @mykonamislots 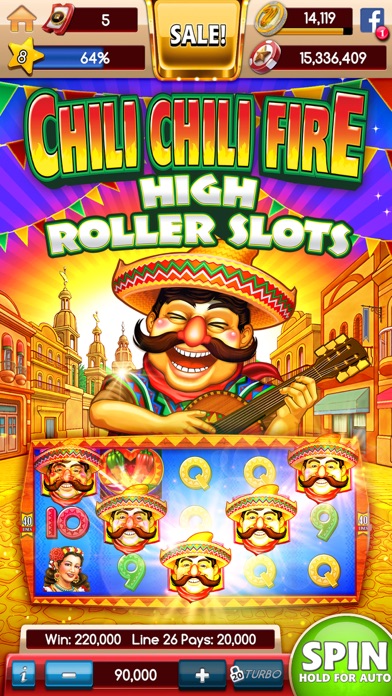 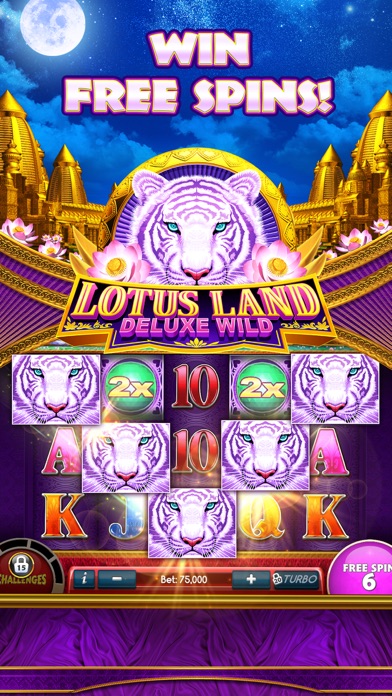 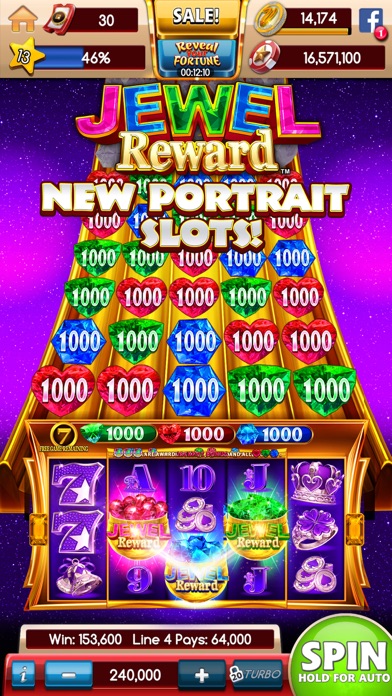 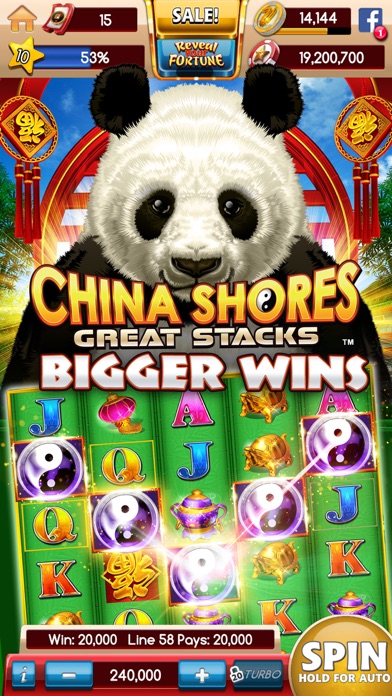 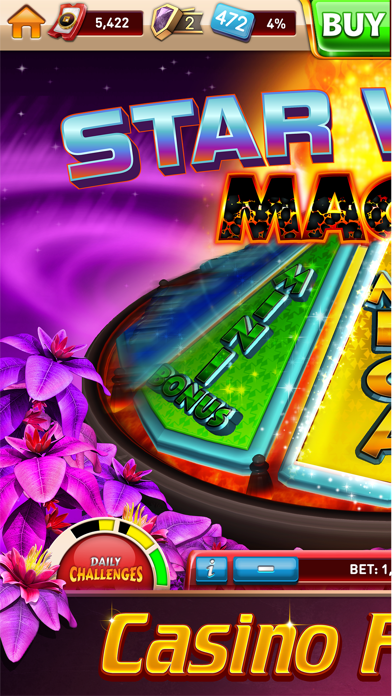 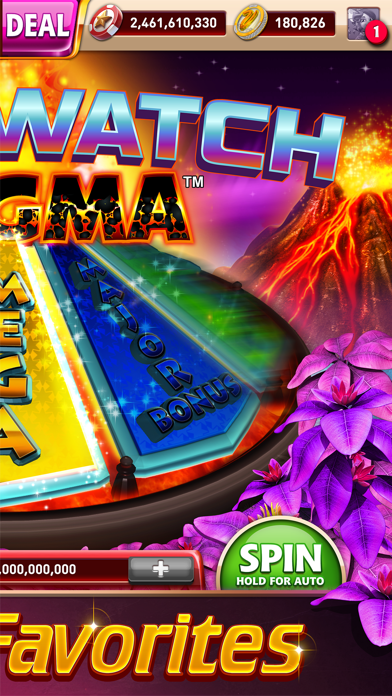 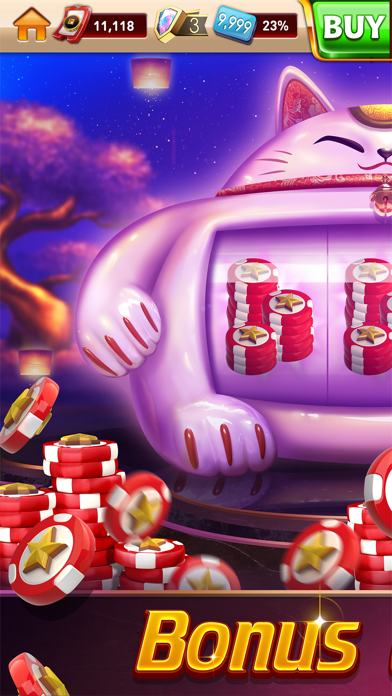 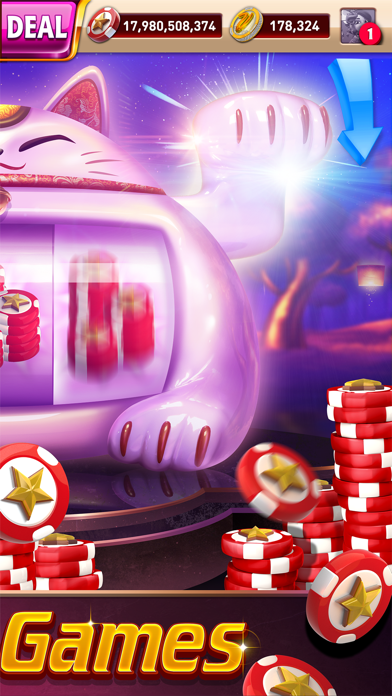 I was recently charged for two purchases from this game app, which I did not make. And they are refusing to refund my money. They say they don’t keep your credit card information on file, I don’t believe them. I’m just warning all of the people who play this game, watch your credit card bill and statements. I deleted the game over two weeks ago because I couldn’t win anything on it, I was charged for purchases two days ago, again which I never made. So just be warned.
By wcj1960

Way too many commercial messages

I enjoy the game, but you get hit with tons of offers to buy stuff when you log in and when you switch games. I just loaded up and had to click through 10, literally ten, offers to spend money, before I could do anything. That’s overkill. Dial it back Konami. A lot. There’s more commercials in the first five minutes you boot up the app than in the entire super bowl.
By brettfarve89119

This place is just another rip off. Don’t buy takes everything with little to no wins. Stay away
By Tyftygyugyuyu8

Recent changes make it hard to earn credits to play

It was pretty good for the last year. I could earn enough free credits in a couple of days to play for a few minutes a day. This has changed and now 3 days and I’ll still don’t have 6m coins to play. I guess they are trying to force users to purchase coins. Since Vegas has taken a dive, no bars open, there’s little drive to earn myVEGAS credits anyway.
By Ron G1000

I love the My Vegas and My Konami games and the fact that I can earn real world prizes. BUT I hate all the pop ups that keep me from playing. After a certain “offer” pops up once and I close it, it should stay closed for the rest of the time I’m playing the app’s games. Why, why, why do I have to close it over and over again? If I need coins and want to purchase them I already know about the offer. Why can’t you just put a button at the top that you can click that says “offers”? Go ahead and show them right after you open the app, but don’t show them again without being prompted to do so! I’m so aggravated right now that I closed out of My Konami for the rest of the day. I’m just so angry that my blood is just boiling because I’ve had to close the same offers so many times! Also, I don’t like games in the portrait mode. When I open one of those games I close it right away. I play on my iPad and there is no easy way to prop it up to play in portrait mode. Even my iPhone is difficult to prop up that way. Why don’t you indicate which mode the game is displayed in so that I don’t have to waste my time opening and closing games? If I didn’t have to deal with these frustrations, I would gladly give this app 5 stars. As it is, I had to give only 3 stars.
By NoFatKat

Play this a lot great games
By zrazyme

Was locked out of the game and lost coins today. Free spin challenge to advance was impossible for a week
By queenbee1962

This game is so broken. Unable to log in half the time. Reward’s not able to be used. Half the time when you collect your daily bonus it doesn’t get added to your total. Find a different game and enjoy.
By Wompa96707

I can not open and play either MyKonami or Pop Slots this morning on an IPhone 11 and the most recent OS (13.5.1). What’s the problem?
By David ffom Alabama