The most powerful safety app for today’s world. Download Citizen to feel safer at home or out. Get real-time safety alerts and live video of incidents happening near you, updates on natural disasters or protests, and know if your loved ones are near a dangerous incident. Plus, 24/7 access to a trained Protect Agent who can help whenever you feel unsafe. Citizen notifications have urged people to evacuate burning buildings, deterred school buses from nearby terrorist attacks and have even led to a rescue of a 1-year-old from a stolen car. Citizen may notify you of a crime in progress before the police have responded. It's meant to protect you and your community — please use it responsibly. NEW! 24/7 access to a trained Protect Agent who can discreetly help, silently monitor your live location and audio, alert other users, call 911, monitor heart rate through your apple watch and more. No situation too big or small. See friends on your Safety Map: Know their safety status at a glance and find out if (and when) they are near a dangerous incident in real-time. You can turn on Ghost Mode to keep your location private at any time. Real-time Safety Alerts: Location-based notifications help you avoid potentially dangerous situations. Live Breaking Video: Watch live video of an incident unfold from different angles or broadcast live from the scene. Keep Your Community Safe: Report incidents right when they happen to protect the people around you in case of emergencies, Citizen also offers the Protect subscription to help protect you and your loved ones. You can read the Terms of Use here: https://citizen.com/privacy/protect-supplemental-tos In case of emergencies, Citizen Protect uses HealthKit to read and share your heart rate with our Protect Agent during a session. 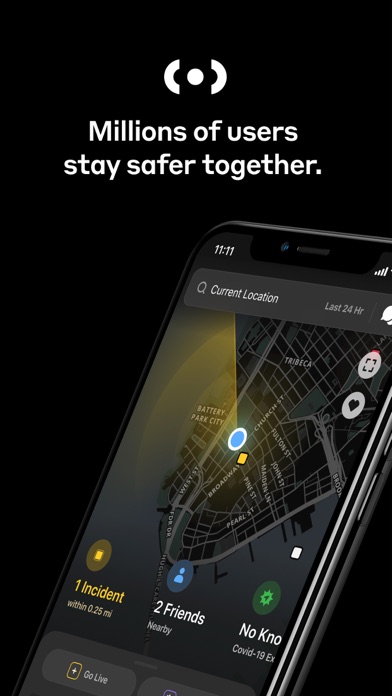 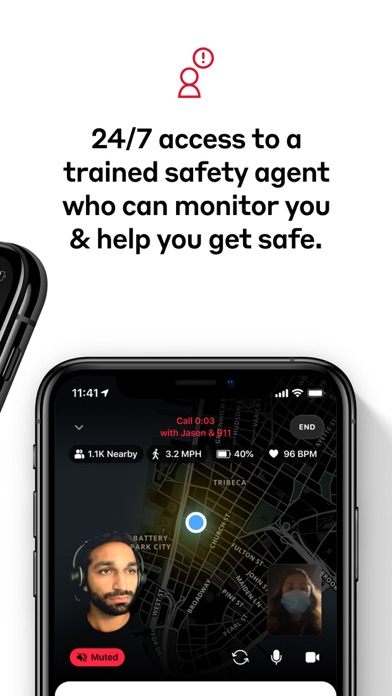 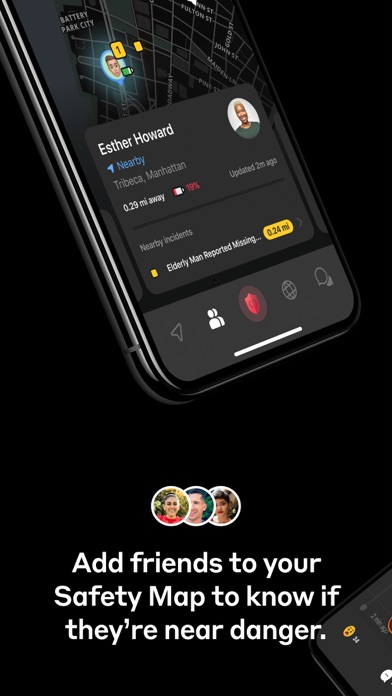 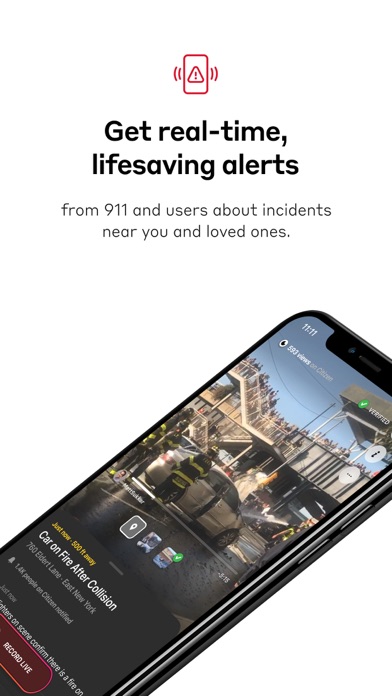 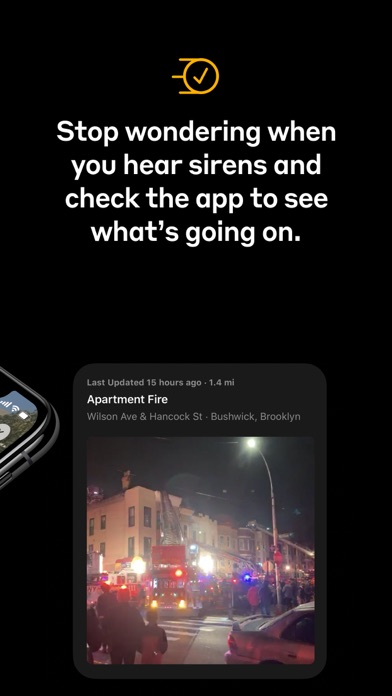 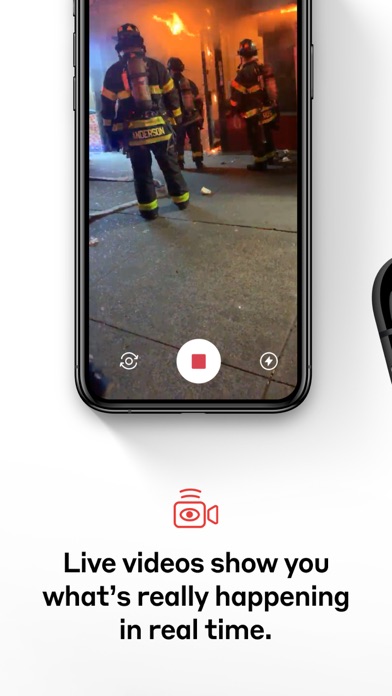 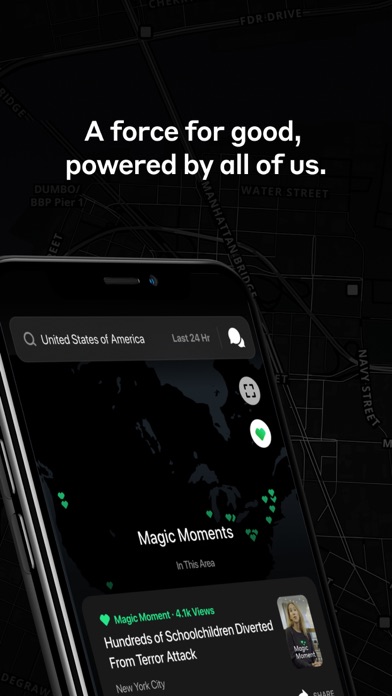 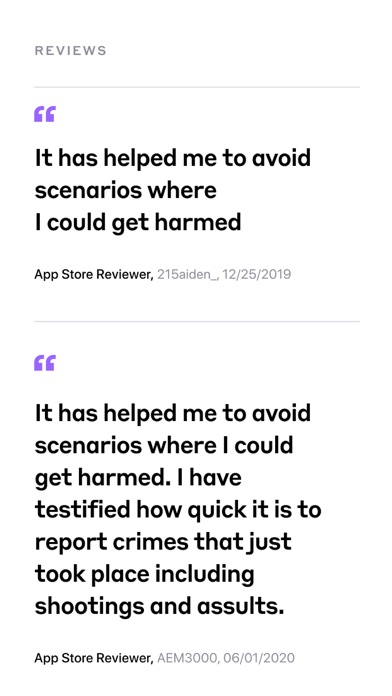 Too many right wing nuts

This is a good app but there’s a lot of cops and ex cops, ex military people on here always leaving a lot of hateful racist sexist inappropriate comments. Always laughing at violence and making ignorant comments about how people of a certain demographic seem to ‘deserve’ crime. Better moderation needed.
By Fnjmz

Don’t use this app

New privacy update ask for your phone number and other specific things in your gps location that they will give up they do not care about you !
By mondo129

I’ve commented in MANY of their posts they r posting the wrong area!!!! They post crime is happening right outside my place (stabbing a, shootings and stuff) and citizen says it’s happening right outside my place and miles away as well by saying it’s in a farther away neighborhood. It doesn’t seem like a big deal until I seen my neighbor send her 7yr old son outside to walk her dog right after a shooting happened and the police hadn’t found the suspect yet. I questioned her and she said the app said it happened in Woodlawn, which is no where near us so she let her child out thinking it was safe. I’ve even contacted citizen customer service to make aware and they told me to basically kick rocks and they are not bothering to fix anything. Just an FYI, my neighbor has been considering suing about it bc her child did end up caught around gunfire bc of the suspect and police fighting. Child is ok thankfully but the mother is livid. And citizen just doesn’t care 🤷🏼‍♀️
By FlowerBomb187

Doesn’t report half of the crimes that happen. Tho women have been assaulted a block from my house in the last 5 days and I haven’t seen a thing. Maybe the city officials are sick of period that they are ruining the city.
By carlitasway415

Citizen now requires your precise location to function at all. There’s no reason it can’t give me updates if it only knows what neighborhood I’m in. It doesn’t need to know my exact address to tell me what events have happened within a mile of me.
By Adeimantus

Unusable unless you constantly share your location. No thanks. Not unless your infrastructure/binary gets audited by a third party proving that location is never saved or uploaded. Here’s a suggestion: allow users to enter in their zip code. What’s the worst that could happen? I enter one that isn’t where I actually am and see the news from other places? If you’re worried about reports from users that aren’t actually there, then make submissions require your location and let others lurk around.
By heyoni

This application has a lot of potential to become a standard app on everyone’s phone but there isn’t enough locations available yet for me to generally use where I’m located. The comments section should have a way to regulate comments by reporting anything offensive or vulgar. I give it ⭐️⭐️⭐️ because my area is not listed yet and I don’t have a use for it at this time but I could see thing being very helpful. I learned about this app through the news where the relative of a victim was noticed of a shooting in the area through this app.
By John Fredrick

Consumer Alerts of Crime LIVE. Like the Weather It’s Best to be Prepared if Possible. See Something Say Something Be Alert at All Times. Great App
By Ms. Fix-It

Too many COVID notifications

I got this app to keep up with what goes on in my neighborhood. The covid news is redundant and available from so many other sources, I would like to have this just tell me about what happens near me.
By dcmcc13