Apple Configurator 2 makes it easy to deploy iPad, iPhone, iPod touch, and Apple TV devices in your school or business. Use Apple Configurator 2 to quickly configure large numbers of devices connected to your Mac via USB with the settings, apps, and data you specify for your students, employees, or customers. Rebuilt from the ground up, Apple Configurator 2 features a flexible, device-centric design that enables you to configure one or dozens of devices quickly and easily. Simply select a single device or many at once and perform an action. With Apple Configurator 2, you're able to update software, install apps and configuration profiles, rename and change wallpaper on devices, export device information and documents, and much more. You can also inspect any device to see details like serial number and hardware addresses, which apps and profiles are installed, and its console log. Apple Configurator 2 integrates with device enrollment and purchasing in Apple Business Manager or Apple School Manager to seamlessly distribute apps from the App Store. The all-new Prepare assistant makes it easy to supervise and configure a cart of iPads for the classroom or quickly enroll a large number of devices in your MDM server for ongoing management. The built-in configuration profile editor supports creating and editing profiles with the latest iOS settings. If you’re configuring devices in an environment where consistency is critical, Blueprints allow you to create a custom configuration for your devices that can be applied with one click. A Blueprint is a template device to which you add configuration profiles and apps and perform actions, just like you would to a connected physical device. Fully automate Apple Configurator 2 and integrate its capabilities into your existing device management workflows using the included command-line tool, AppleScript scripting library, or Automator Actions.  Support for iCloud Drive enables you to keep your configuration profiles and other settings consistent across multiple Configurator stations. 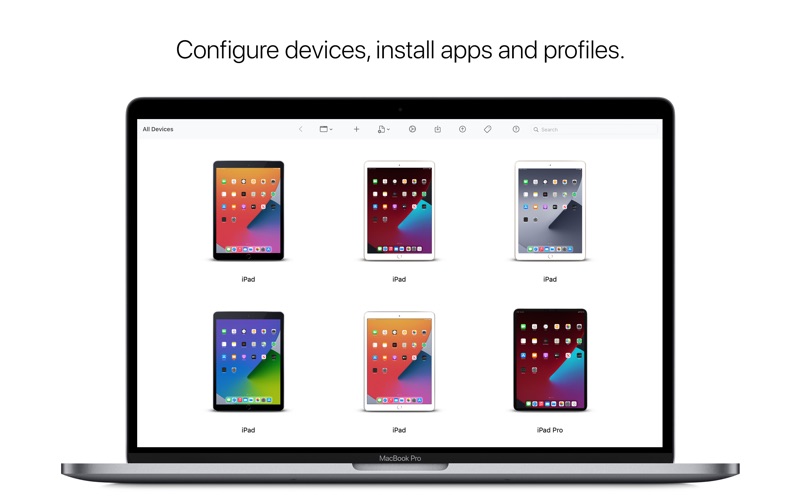 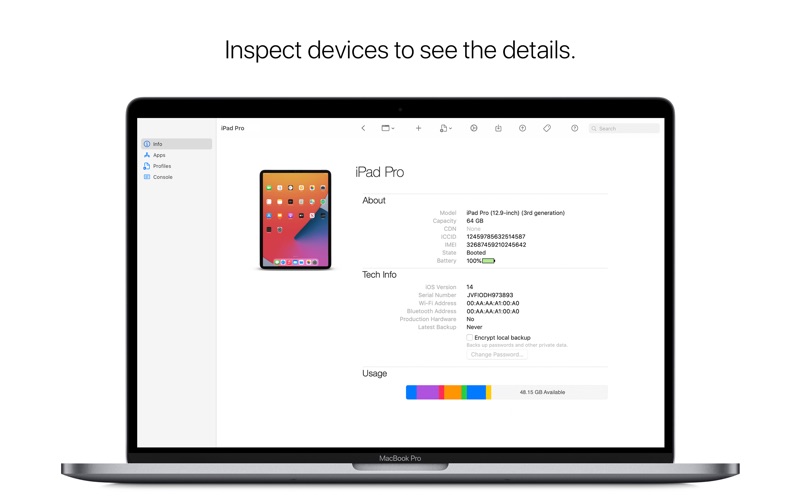 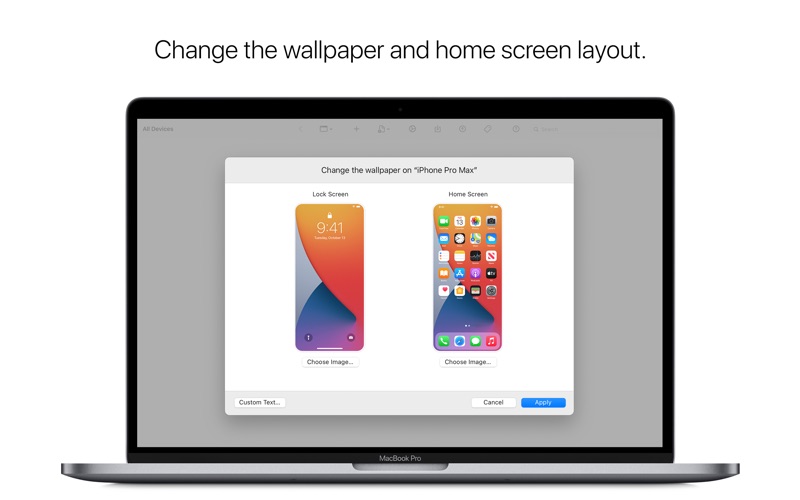 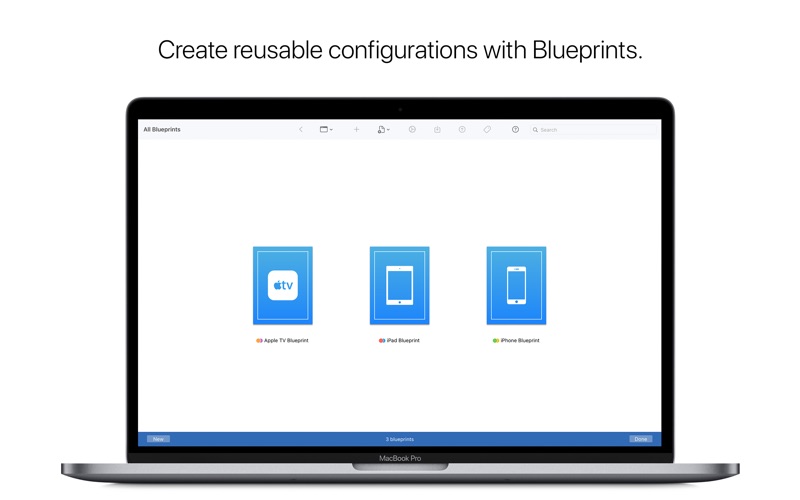 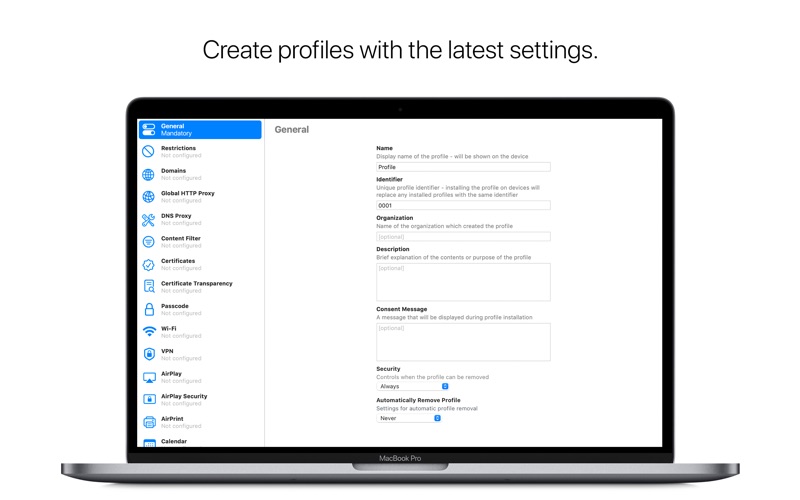 Itunes used to be so good, then turned into crazy bloatware - then they removed some of the most useful features like being able to arrange your apps through the computer which is much easier - this app works, not elegant, but when you have a ton of apps that need re-arranging, theres not much else you can do. 10.5.7 Catalina iphone 11 pro 14.7.1
By Iconnectmidi2+

It worked for me...not great but better than on your phone

I have tons of apps on my iphone and they have become very disorrganized and hard to find some. I so miss the abilty to easliy rearrange your phone apps in itunes on your desktop or laptop I was hesitant to try this app and deided to give it a go. I feel its quirky and a litte hard to make it work. I had so many screens of apps that configurator 2 did not show all the screens and I could not figure out how to change that. I did find work arounds by piling the apps on the last few screens that werent showing up onto other screens that did show up then I was able to reconfigure and move pretty easly all the apps I wanted to move or rearragne. Was WAY WAY easier that using wiggle mode on my phone. Seems like it should be easy to fix the issues I had or put it back in iTunes. I have been an apple convert for a long time now and sometimes they do some REALLY REALLY stupid stuff and taking the ability to move apps easily in iTunes was stupid. At least Configurator 2 is better than nothing.
By Chuckshealinghands

What is the point of this app? I downloaded it as a way to possibly help me rearrange the many apps on my iphone without having to do it on my iphone (which has not changed at all since day 1 and is completely impracticle). This app does not do that. Despite being told it would.
By pknyc

Installed app to organize homescreen on my iPhone. I make all of my adjustments and "Apply". NOTHING SAVES. Thought it was me at first, but no, it's all Apple. Pure schlock.
By salukitd

Downloaded it today so I could reorganize my home screens since it's so incredibly hard to do ON your phone (that's another horrible attribute from Apple that makes you scratch your head and wonder if they even use their own devices). This app doesn't work on my Mac very well at all; the screens don't size correctly, and you can't see all the sub-folder home screens, and you can't move apps from one sub-folder home screen to another if that screen is full (it doesn't move bump them over like it does on your iPhone)... THEN, once I spend about 20 minutes reoganizing them, and I go to "apply" the changes, the App crashes. I'm using the app on my iMac to manage my iPhone, and you'd think these things would work together beautifully -- nope -- trash. Glad I didn't pay for it, but you do get what you pay for, soo... my advice is to not bother with this garbage app.
By Steve Kassebaum

I totally recommend this app. I have terrible organization skills and I needed something that would allow me to organize my iphone apps on my desktop. It did the job!
By Pettysaurus

Not even compatible with iOS 14's own widgets

Tried using the app to rearrange my apps on homescreens and it immediately obliterated all of my widgets arranged on the home screens.
By Squareman

The app throws handler communications errors due to a lack of iOS 14 support, so this is useless until Apple updates it.
By xSyKoTiKx