Works with the Circle with Disney device and supported NETGEAR routers. Not compatible with the 2nd generation Circle Home Plus device. ABOUT CIRCLE: Circle products help families better manage time spent online. Filtering content and balancing online usage has never been easier. From devices on your home network, both wireless and wired to connected devices, Circle has you covered. Customizing Circle for your unique family is quick and easy. Circle’s mission is to improve families’ lives, online and off. Don’t have a Circle with Disney device or a supported NETGEAR router? Please visit www.meetcircle.com to learn more about our products. NEED HELP? If you have any questions, need help with Circle, or want to provide feedback, you can contact our Support Team at help@meetcircle.com or go to support.meetcircle.com NETGEAR OPTIONAL IN APP SUBSCRIPTION - Pricing & Terms Circle Premium (for supported NETGEAR routers) is an optional automatic renewing subscription. Your subscription will be charged to your iTunes account at confirmation of purchase and will automatically renew unless auto-renewing is turned off at least 24 hours before the end of your current period. Current subscribers can manage subscriptions and turn off auto-renewal by visiting iTunes Account Settings after purchase. Circle Premium (for supported NETGEAR routers):  $4.99 USD / month or $49.99 USD / year (meetcircle.com/netgear) Privacy policy: https://meetcircle.com/privacy/ Terms of use: https://meetcircle.com/license/ 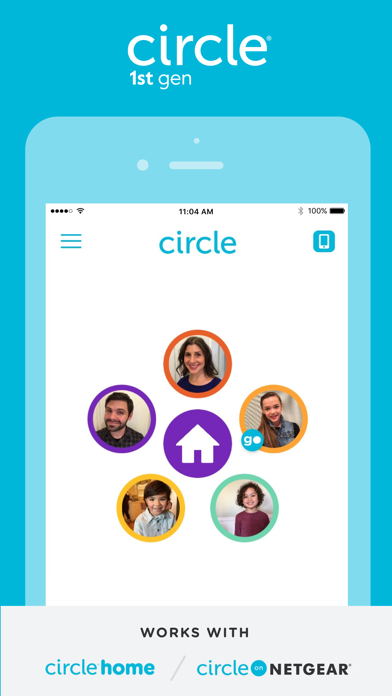 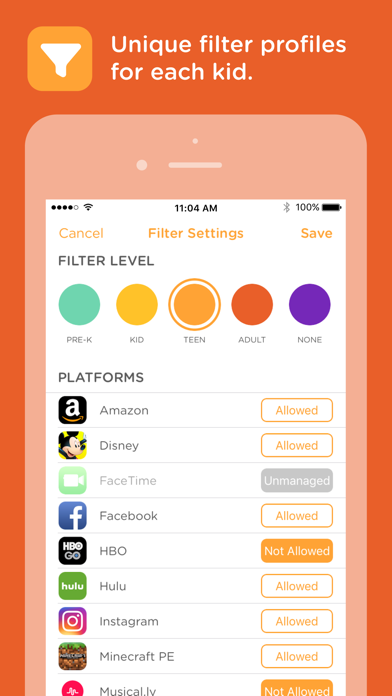 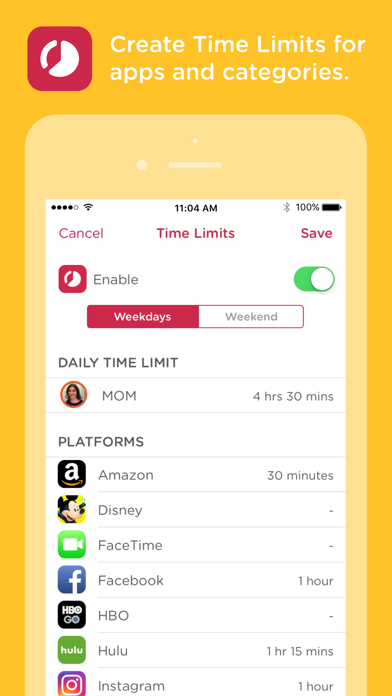 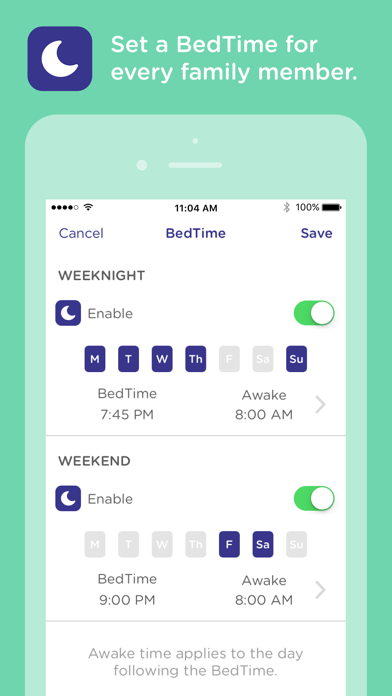 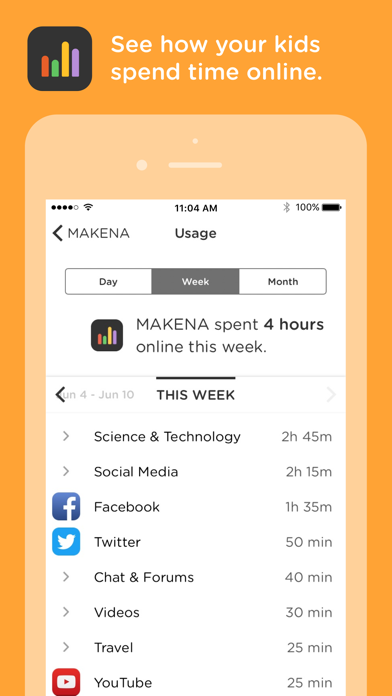 I pay for premium, it doesn’t renew until June 25, but I am being asked to bug it again?! No..... and of course now all the premium features I use are gone. This is ridiculous.
By αмαи∂α

We used to love this thing. These days, it will filter things without saying that it has. My daughter couldn’t access Netflix, even though Netflix was allowed. The history showed nothing was filtered, but Netflix wouldn’t work until we disabled her filters altogether.
By Dncrews

I paid for a one year subscription in January. Today I get presented with an option to subscribe. When I try to restore purchase it says I don’t have a subscription even though iTunes says I do.
By divecontx

Premium is always broken. Do not buy this app if you have a NetGear router

I paid for a year if premium, and it is frequently broken for NetGear routers. It is a major hassle ever time the service goes down. The service is really unreliable. I wish I had never purchased it.
By Vintage Racer

Our Netgear with circle often needs to be restarted to handle changes made in the app, causing network loss for the whole house, time accounting is unclear and causes constant arguments, support has confirmed that critical features are currently broken on Netgear devices due to some recent update.
By LoveAndArtAreBestThingsPeoplDo

I hope I can find an alternative to circle. Does not work well. Setup is difficulty. Detected devices show up with strange names. My two sons each have PS4 devices. In Circle they show up as "Hon". What the heck is that?? My Netgear app correctly identifies them as PS4s, so why can't circle? This makes setup very difficult when you're trying to identify devices. Issues after setup: 1. Circle will say my son has used three hours of Internet when he hadn't used any (was asleep). AND 2. For usage it will often just list numbers what look like IP addresses. When you click on the "visit website" link it doesn't work. So no way to know this supposed Internet usage. This is very common that you cannot know what the internet usage was. Isn't that the whole point of this tool? 3. Circle recently posted an article about how to avoid Circle using up Internet time for home schooling (quarantine). Didn't work as advertised. I marked specific sites as"unmanaged", and those were A. not supposed to count against Internet time limits and B. Not supposed to show up in history. Well, neither of those took place. "Unmanaged"still counted against time limits and still showed up in usage history. 4. For the past three days my premium paid features are all not working. Supposedly their engineers are aware of the problem, are working on it, but have no estimated fix date. I'm really hoping I can find something better then circle. Terribly disappointed and extremely frustrated.
By 4theNations

Exactly What I Was Looking For

Note: Circle is currently having a problem with their Premium features as noted on their site. In this day and age, experiencing a technical difficulty for several days is not acceptable. The should be offering refunds/credits to subscribers. Prior to the premium service going down, this has been exactly what we were looking for. Reading the reviews from teenagers who are angry it exists is proof it works. We have a NetGear router that came with Circle integration. Our speed has not been impacted in the slightest. Our oldest son is a gamer and he does not experience any lag. We ran speed tests between our current and old router, and even with Circle, the new router is actually faster (routers were fairly similar, we upgraded for Circle). We discussed the limits we were imposing with our kids when we set it up (bedtimes, age appropriate content filter, etc.). The only times our kids even know we have circle is when they are doing something that is against our family rules. If they are following the rules, it doesn’t have anything to block. When I was a teenager, I thought I knew it all too and I didn’t agree with the rules my parents had for me, but as an adult, I understand. If we don’t fight for our kids’ purity and equip them to chose to be self-controlled, this world will continue to devour their minds and creativity. In my opinion, Circle as surveillance is too far, but Circle is great for establishing and enforcing boundaries for screen time.
By croz44

Excellent app as a platform for abuse and control. Ever since we began using this app, my family has grown distant, and we don’t trust our parents anymore. All of my friends that don’t have circle are happier and bond better with their families. Meanwhile,I always feel like I’m being watched, and whenever I’m talking to my friends I’m cut off. This was originally my mother’s idea, and we’ve had it for 4 years. Parents, if you think your child is ignoring you or hates you, it shouldn’t be that big of a surprise if you’re using this app. Get it through your controlling, thick head.
By waterbottlewaterbottle

Tired of wasting my time messing with it

The Circle app seemed to work ok, I needed it to set downtimes and limits for my kids WiFi usage on our Orbi network. So I signed up for the free premium trial and decided I had to keep it in order to set the usage limits. The premium features that I just paid for haven’t been available for several days, I thought it was just an app issue to I deleted and reinstalled it...now I can’t log back in at all! I went on their site and discovered it’s a known issue with no estimated resolution date. It wasn’t that great of an app before, definitely not work the $5/mo but it’s the only way I can set limits on the Orbi equipment that I really like - and now it’s just a joke that they can’t fix it.
By 3399tiff

PARENTS DO NOT BUY

I’m a teenager and parents, I can tell you right now, your kid will HATE you for installing mycircle. Not only does it cause a lot of unnecessary problems between my mom and I (to the point where we had to see counseling), but it is also a HUGE invasion of privacy. The worst part about mycircle has got to be the history browsing one. It not only blocks websites but it RECORDS the ones you’ve visited or have attempted to visit. This causes so much mistrust between the child and parent, to the point where I bought a second device and am constantly using VPN to block it out. As a teenager, we use our phones for everything and having our activity recorded is just not okay. Parents who don’t trust their kids don’t earn any respect from us, and it feels like they are insecure control-freaks. Instead, they could like talk to their kids or trust them to step up and tell you things. This just creates unhealthy habits and relationships. (Again, this is coming from a teenager- I understand using this for small children who are just starting to use the internet, but teenagers do not need it and it will only cause more problems. We will RESENT you guys for this, and remember it for our whole lives).
By firedragon1911