Voice translation was never so easy! Travel around the world and easily communicate in any country – Voice Translator will instantly pronounce translated phrases on-the-fly! Can’t read the menu items in a fancy foreign restaurant? Those days are history now with instant camera translation! Communicate freely at the airport, hotel, gas station, supermarket or any other place. Read street signs in a foreign country, translate manuals of your overseas purchases or the text of any picture you already have in your phone. Just put your personal interpreter into a pocket and use it for your all translating needs! Voice Translator is an essential learning tool for kids and adults – learn new phrases and listen to the correct pronunciation. Start using Voice Translator now and forget about looking for the correct phrase in the dictionary – say any phrase and your interpreter will pronounce the translation out loud! Features: – Immediate translation of real-time conversations – Use your camera for instant text translation – Translate texts from your photos and pics – Extended offline phrasebook – Language detection for text-to-text mode – 100+ languages working in speech-to-speech and text-to-text modes – You can either speak or type to translate your text – Smart text-to-text mode – Speed up your text input with typing hints – Convert text from languages with non-Latin alphabet – Copy, paste and share translations in a single tap – Intuitive dialogue conversation interface – Speak the translated phrase out loud – Control the speed of voice – Male and female voices available – Human-to-Pet and Pet-to-Human modes (for entertainment purposes only). Translate your pet’s meow or woof into your language. Currently supported voice-to-voice languages: Arabic (Saudi Arabia) Catalan (Spain) Chinese (Simplified) Chinese (Traditional) Chinese (Cantonese) Czech (Czechia) Danish (Denmark) Dutch (Netherlands) English (Australia) English (Canada) English (India) English (United Kingdom) English (United States) Finnish (Finland) French (Canada) French (France) German (Germany) Greek (Greece) Hebrew (Israel) Hindi Italian (Italy) Japanese (Japan) Korean (South Korea) Norwegian Bokmål (Norway) Polish (Poland) Portuguese (Brazil) Portuguese (Portugal) Romanian (Romania) Russian (Russia) Slovak (Slovakia) Spanish (Latin America) Spanish (Mexico) Spanish (Spain) Swedish (Sweden) Thai (Thailand) Turkish (Turkey) and more You can choose a free trial with all features available. UNLIMITED ACCESS TO ALL FEATURES • You can subscribe for unlimited access to all features within Voice Translator. • Subscriptions are billed weekly, monthly or annually at the rate selected depending on the subscription plan. Parts of service translated by Google Translate™. Privacy Policy: http://bpmob.com/voicetranslator/privacy Terms of Use: http://bpmob.com/voicetranslator/terms 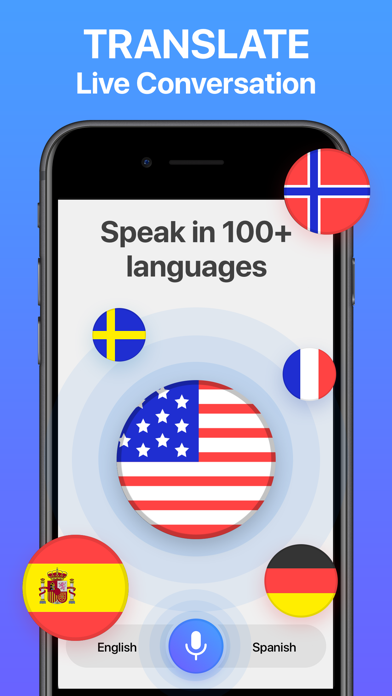 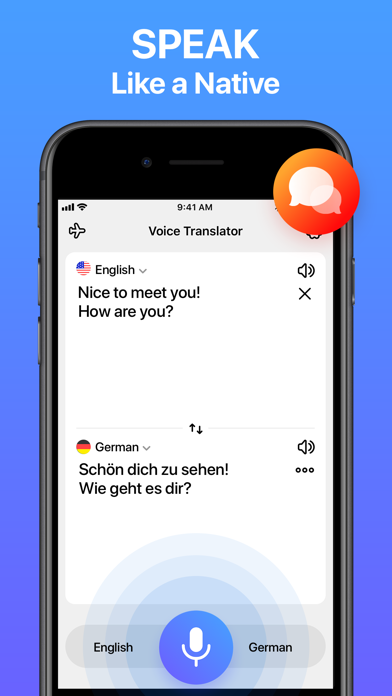 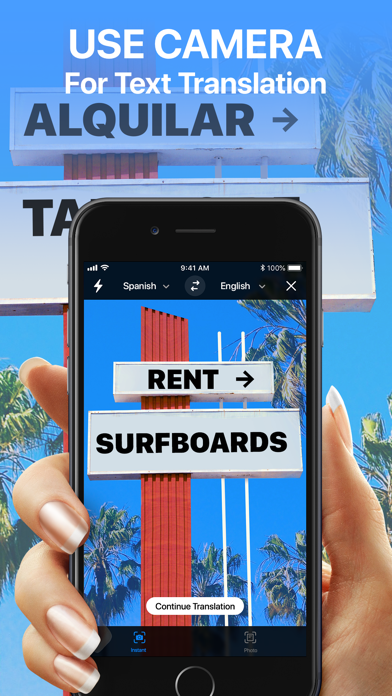 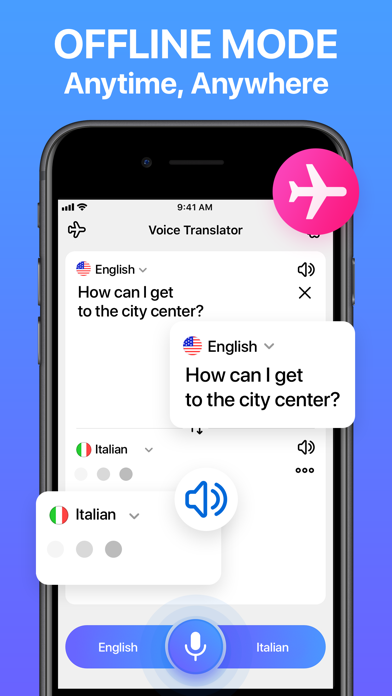 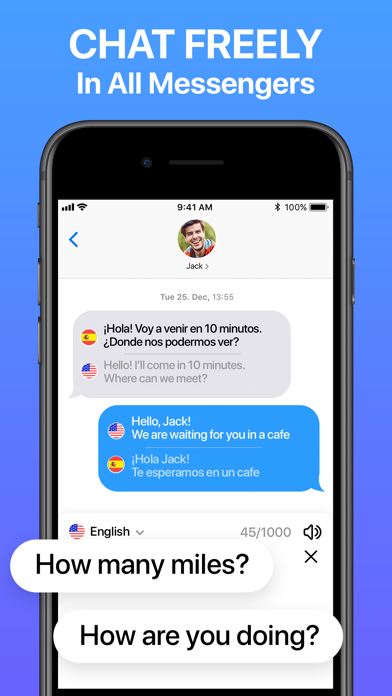 I hate it it always tell me to subscribe
By fggdgjfh

Ok so I just got this app and I so excited to get so I could understand my dog but I have to pay for it.
By courageous_lion

Hello, I want to try to talk to my friends friend who only speaks Russian. I looked at the first review and decided this was the best app for it but as soon as I opened the app I had to pay. People should have a option that lets them use it for free but has less options than the payed version. The app would have been very good if we didn’t have to pay.
By tap tap 1w3

I have to pay just to use this dumb app?!?
By hello niche

So I downloaded the app to see if I could use the animal translator, but NO! Right away it says I have to pay. Just. To. Translate. One. Language. I would understand if you would have to pay to unlock ALL the languages, but you have to pay. So, yeah the developer is saying that it is free but it’s NOT. And I know the developer reply is going to say “oH WeLL WE OFFeR YoU A 3 Day FReE TriAl.” But on the go, 3 days isn’t a lot of time, and besides, that doesn’t mean you pay 40 dollars a year after that. P.S: Sorry if a sound harsh.
By lmpeI

Respond to me about this