My Currency Converter Pro is the simplest, most beautiful currency converter you'll ever find. It supports over 150 different currencies from all around the world, ranging from the US Dollar to the Colombian Peso! It even supports BitCoin, LiteCoin and Dogecoin! If you're travelling, this really is a great app to use - you can find out how much your currency is worth in just a few short moments, even if you aren't connected to the internet! FEATURES - Over 150 currencies supported. - One of the first converters to support BitCoin, LiteCoin and Dogecoin! - Incredibly simple interface. - Exchange rates are updated automatically - you don't have to do anything! - "Switch" button to invert the currencies. - Converts as you type (no need for a "Convert" button!) - Uses 3 decimal places for greater accuracy! - Find the current exchange rate of what you're converting. - Optimized for the latest iPhone and iPad models. - No advertisements! - Apple Watch support! Let us know if you have any comments or feedback! It's similar in nature to XE currency converter and Currency Converter Plus, but offers a lot more. 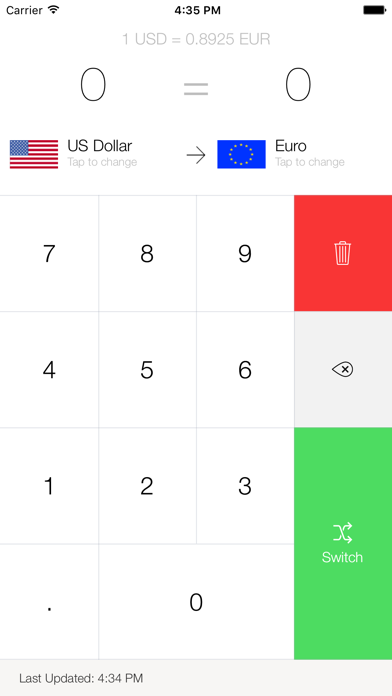 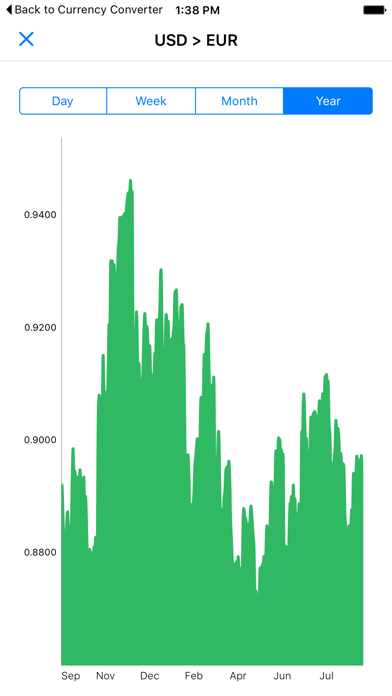 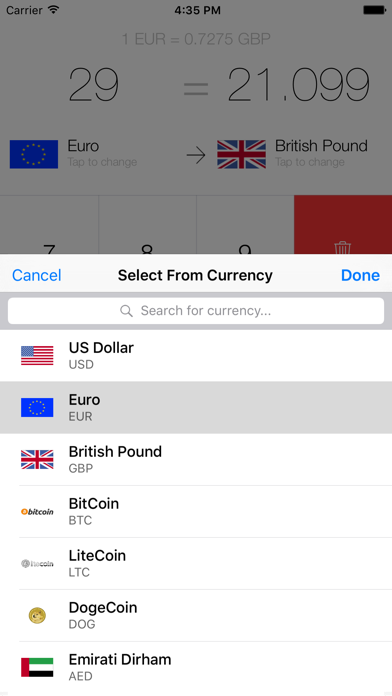 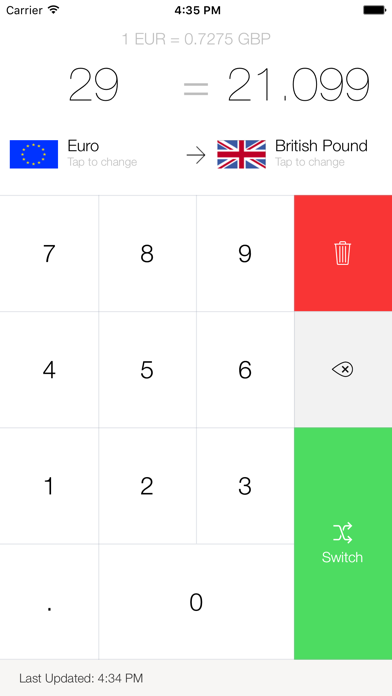 Excellent app, use it regularly in Mexico!
By StreetcarGuy

Great app but you have to add the capability of having zero decimal point option.
By Milo's apple

for the pro version to be limited to ten currencies is garbage (even if it’s only 99¢). especially on a 13” ipad, there’s no good justification for this limit.
By packetfairy

Love the simplicity, but hate the keyboards

I absolutely love that the Apple Watch app opens directly to the input screen. However, the app isn’t optimized for the *year-old* series 4, so the keyboard is too small and doesn’t fill the screen as would be expected. This makes it very hard to use. The iPhone app’s keyboard has the opposite problem: it’s too tall, so when I hold my phone naturally, it’s hard to reach the top keys. The keyboard should be sized similarly to the built-in Calculator app’s, I think, in order to make it easier to use. 3 stars may seem harsh, but the entire iPhone and Watch apps are built around using the keyboard, and both keyboards are not user-friendly.
By Plaid Knight

I use this app daily and it is the most simplistic one I could find. Fast conversion and love the instant conversion (no need for button). Two things would put it over the top: 1. Add a widget 2. Make the history graph more like the “XE” app where you can get time stamps as you move your finger over the graph Great app!
By clintgilliam

Simple. You don’t need an MBA in finance to use this app. Very fast and user friendly!
By j0b0