Meet: theSkimm app. We’ve got you covered on all the news and info you need to start your day. Think: news, podcasts, curated picks, and a personalized calendar to help you live your smartest life. Try the app for free. After that, pay less than a cup of coffee a month. Wake up with us. It all starts with the Daily Skimm – the morning newsletter that connects the dots on how the biggest stories affect your life. Dive deeper. We help you navigate the complicated topics around your career, health, and wallet. Listen in. Meet our podcasts: “Skimm This” explains the week’s biggest stories. “Skimm’d from the Couch” features advice from female leaders. Stay up-to-date. Our calendar integrates with yours so you never miss important moments, like awards shows, elections, and more. Discover more. We Skimm your shopping cart, streaming queue, and bookshelf. We'll help you discover things quicker, so you can spend your downtime smarter. ------- In-app purchase subscription required. All monthly subscriptions begin with a free trial, after which a recurring charge of $2.99 per month. All yearly subscriptions are charged $29.99 at the time of purchase, with a recurring charge billed annually. Details: - Subscription options: monthly subscription of $2.99 per month, or yearly subscription of $29.99 per year - Payment will be charged to iTunes Account at confirmation of purchase - Subscription automatically renews unless auto-renew is turned off at least 24-hours before the end of the current period - Account will be charged for renewal within 24-hours prior to the end of the current period - Subscriptions may be managed by the user and auto-renewal may be turned off by going to the user's Account Settings after purchase - No cancellation of the current subscription is allowed during active subscription period - theSkimm's Privacy Policy and Terms of Use can be visited at http://theskimm.com/privacy - Any unused portion of a free trial period, if offered, will be forfeited when the user purchases a subscription to that publication 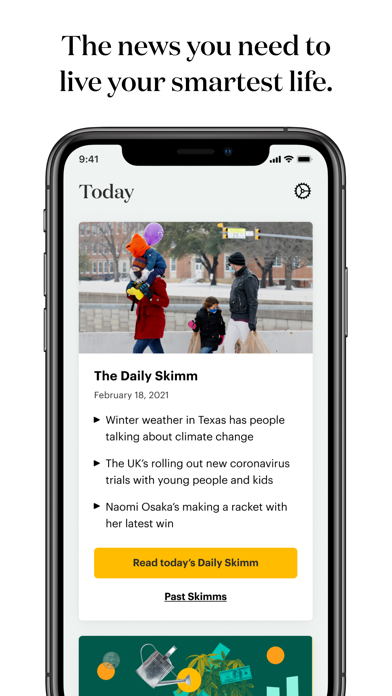 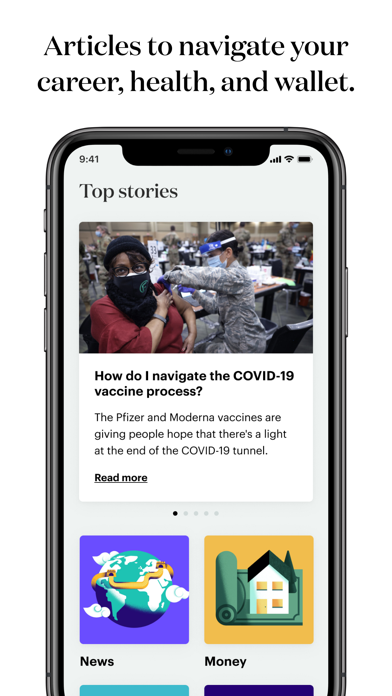 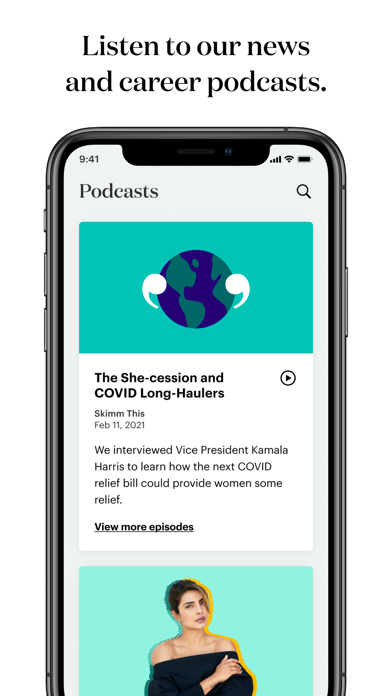 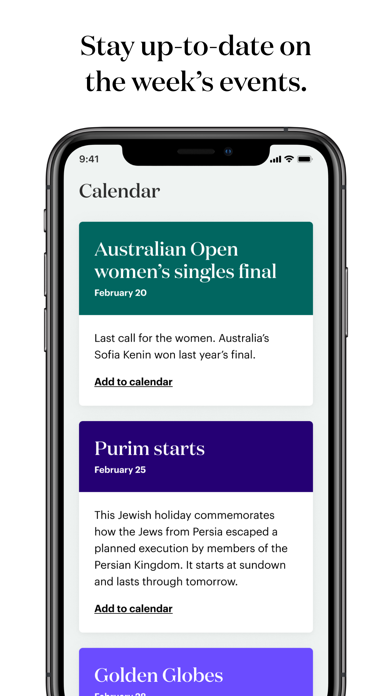 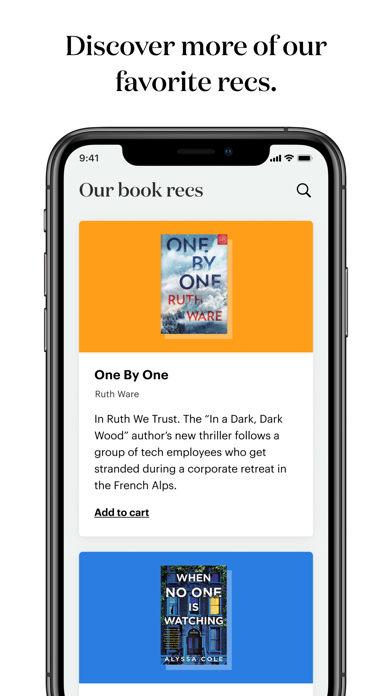 Update does not allow for landscape view which was my “go to” for reading on iPad. What??!! Why??!!
By jenhunt108

I used to love the Skimm. But their refusal to disengage in harmful diet culture rhetoric and promotions is becoming problematic and discouraging.
By trixxiegala

Where are long reads in the new design?
By Jbizness13

I’ve been a fan/ reader for quite a while, the only hitch being that the daily emails never quite made it to my inbox with any regularity. Filters? Something else? I asked, but it never got fixed. Finally broke down and paid my way, and things are better. I love the fresh tone and telegraphic style.
By Reader from TX

I used to feel like The SKIMM was a great, less biased source to get the basics. Leading up to the 2020 election and most certainly afterwards, when there was loads of evidence coming forth about voter fraud (easily found and verified), The SKIMM kept emphasizing that it was ridiculous (in their tongue-in-cheek way). Regardless of who anyone voted for...the fraud and criminal activity surrounding it is beyond scary and threatens the fiber of the American way. I’d say THAT is newsworthy and certainly doesn’t deserve the condescending dismissal it has received by The SKIMM. Terribly disappointed.
By Amiraclemorninggirl

Just Democrat DNC trash is available to read.
By Skeggj

Completely bias as usual.
By ilindsay

Used to be an ambassador

They got too political and too one sided. Sadly, I stopped following all of their news outlets and regret ever buying their book.
By MJinGalveston

I used to think the Skimm was more balanced but in the months leading up to the 2020 election, it is clear that they are against anything in the Republican agenda. It is disappointing to say the least that yet another news source cannot be trusted. There is no where to turn that isn’t either super right or super left. And this includes the Skimm.
By peterskm

Love the format and the app. Don’t love the liberal bias.

When I signed up for the Skimm, I read they were moderate and got criticism for being too conservative or too liberal. I gave them the benefit of the doubt and tried it. And while the format, quality and brevity are great, I am disappointed to find this is predominantly liberal media. Their attempts represent the conservative side reveal their bias. Not surprising when you consider Google is an investor but still disappointing.
By Erica in Bzn