Auxy is a powerful app for beat making and song sketching on the go. It is easy to learn, yet powerful enough for creating professional-sounding tracks. WHY AUXY ”Auxy is my favorite way to get what's going on in my brain into a musical format. It's simple on the surface but with tremendous depth if you need it" - RAC “The automation is terrific. I'm doing things with Auxy I wouldn't easily do with my DAW. The design style is insanely smart and forward-thinking. It's productive for me to use, but i've also shown it to children who have been able to have fun making re al music. It's the best new audio product I've seen in a long time.” - Madeon “The thing we love about Auxy is how it uses technology to let people be creative, without letting that technology get in the way.” - Apple Design Awards CREATE AND MIX LOOPS Create melodies and beats with the industry-leading note editor that has been carefully designed to make the step from idea to song sketch as smooth as possible. Build complete tracks by mixing loops into scenes. FIND THE RIGHT SOUNDS Subscribe to access the massive sound library with thousands of high quality samples and multi-sampled instruments. New content is added monthly and you can import your own samples. MIX WITH PRECISION Each sound has a set of carefully crafted effects and a lot of controls for tweaking. Mix settings can be automated over time for smooth transitions and dynamic effects. COLLABORATE WITH EASE Projects can be shared as links with any imported samples included, which makes it super easy to collaborate. POWERFUL EXPORT Tracks can be uploaded to SoundCloud or exported in various formats. Projects can be exported as Ableton Live sets with each instrument rendered as separate audio and MIDI tracks. You can also export MIDI files and audio stems directly to any DAW. JAM WITH FRIENDS Auxy supports the Ableton Link standard, which lets you jam in sync with other apps and devices that are connected to the same Wi-Fi. JOIN THE COMMUNITY Explore the newsfeed where we post featured tracks, creative challenges and demo projects that you can download and remix. Join the Auxy community and find other producers to collaborate with. MADE IN SWEDEN Auxy is built by a small team in Sweden. Our mission is to put a studio in everyone's pocket and push music forward as an artform. Share your stories and feedback via feedback@auxy.co! Terms of Service: https://auxy.co/terms.html 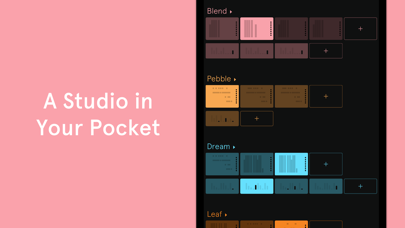 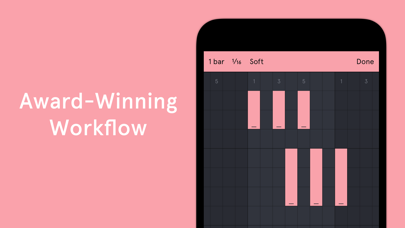 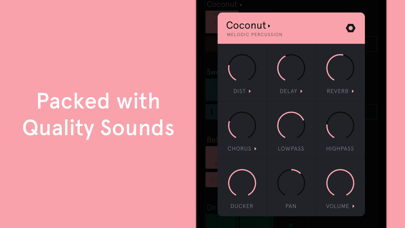 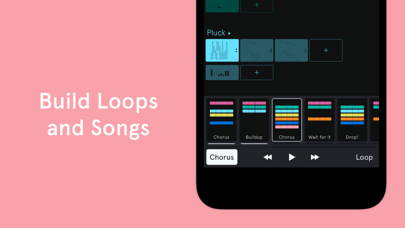 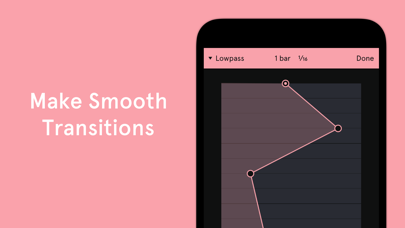 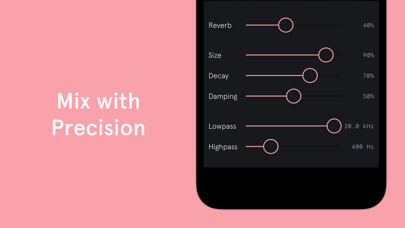 Not that great.
By Xi-jt0

In 20 years of making music I’ve used a more flexible mixing application as far as start to finish producing. Would like to see more options for importing sounds but for edm it’s the only thing I use. Check out CHILLKID on SoundCloud and YouTube to hear how powerful this little app is.
By the real chillkid

While backing the song files up seems like a good idea at the start, when you get a new device it turns into a hassle. You have to load everything back onto the app from another app and it glitches, saying that it can’t do it. Doing it manually would take years and it’s frustrating given the amount of time it would take to get everything back.
By Take24675456

So easy to use

Makes great high quality loops and you can really make some cold sounds and songs for when you need to get an idea out . I would even say it’s cooler and slicker than garage band .
By Rubydenaé

Simple yet deep, but some design issues

Interface is beautifully simple and easy to use. The few sounds I heard were good. Nice that you can both create loops and then also string the loops together to create a song. Don't like the subscription idea though - just let me buy sound packs. There will be time I won't be using the app, so I don't want to be paying for it when I'm not using it! And I don't want to have to start and stop the subscription over and over. Also would want it to communicate with/record other music/audio apps on my device like other apps can do (like GarageBand).
By artfoundry

This is awesome man

I wish it worked like the old original Auxy but that’s just personal layout preference. The sounds on here are literally so good.
By kendude777

I’ve been using Auxy for about 4 years and I’ve just never grown tired of it. Its UI has evolved to help my workflow and I can say with confidence, having tried other apps, it’s the most powerful app on the App Store period. No other app really outdoes Auxy’s advanced features and friendly UI, which is a really important combination. A lot of people mention using Auxy to write out sketches so they can go back and rework them in their studio but quite honestly Auxy can be (and has been) used to make full-fledged tracks that stand up perfectly to-and even outdo-tracks not made on a phone. Just let that sink in. Download this app - you won’t regret it.
By RSKR4578

I guess I’m a little late to the party in discovering this innovative app. Firstly, the UI is gorgeous and so clean. The sounds are tight and punchy, right out of the box. Which means I get to spend time making music rather than wasting time, second guessing myself on eq and compression settings. I’m no pro by any means, just a serious hobbyist. But this app makes me sound brilliant! My ideas are coming through so much better than using a previous (very popular) app. Which I’ll probably never use again. After using the trial version 3 days, I purchased the year. That’s how good it is.
By TMMM333

This is the one... A serious app for serious producers.

Auxy is a really fantastic music app and I’ve loved it since the early days, but I’d been on the fence about finally paying the subscription. I think it’s a decent value though, so I finally warmed up to the idea and decided to dive in and see what I’m missing. There’s a lot of great stuff here and, as an Ableton Live devotee, I find Auxy is a beautiful companion that lets me quickly sketch new ideas whenever they strike. I’ve all the apps, and I can confidently say Auxy is THE BEST music / MIDI sketch pad in existence. It’s SUPER easy to export the project as a Live set and then finish it off using the pro-grade tools on my computer. There’s one drawback however that I would love to see addressed in a future update: You’re locked into the typical 4/4, 16-step sequence. I know this is common for step-sequencer apps, but Auxy is a cut above those in every other way. Unfortunately not with time signature though. They do provide enough options to create a workaround, but when I’m on the go, I really have no patience for that. I just wanna jot that idea down *quickly* ... But if it’s a 5/4 or a 6/8 idea (which mine often are), Auxy is limited.
By Motor D