Major Gun is back! One of the best free action games! The aim, shoot, take over the places, save the comrades-in-arms, protect the hostages, prevent the nukes from an explosion, test various guns, rifles and much more and start killing your enemies. Achieve the best headshot! Challenge yourself in this offline action FPS strategy war mobile! You will love Major Gun: one of the most fun and addicting mobile shooting games ever! Are you ready to win the battle? Only the best sniper will survive! FEATURES: 4 Player Real Time PVP Matches When you’re tired of shooting to terrorists, try your skills against other players in 4 Player Real Time PVP Matches. Amazing 3D Graphics Different locations, environments, explosions we got it all covered. Fight with Bosses and stay alive to unlock each location. Each stage is unique, beautifully arranged 3D environment with its own identity. And all of this is packed in excellent comic art style you’ll love. GAME MODES: Over 100 missions await! MAJOR GUN has multiple Gameplay modes. Clear area from enemy soldiers and rescue hostages in assault missions. Test your speed and accuracy in survival mode. Show who’s the best in FPS sniper mode. Huge Arsenal of Weapons No blank cartridges! Don’t miss the rare opportunity to test in action over 30 best weapons used by special forces all over the world! All weapons you can upgrade! Unique levels and enemies - Improve your shooting skills during stressful conflict situations - Find, prepare to eliminate various enemies: outlaws, savage assassins and psychopaths - Finish Daily Challenges to collect boosts, funds and weapons - Search for first aid kits and adrenaline - Earn maximum 3 stars for each finished mission. Compete with your friends to see who is the best Major GUN! - Increase your rank from a recruit; someday you’ll become a major? 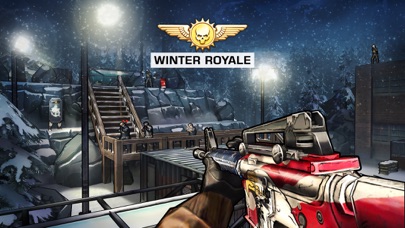 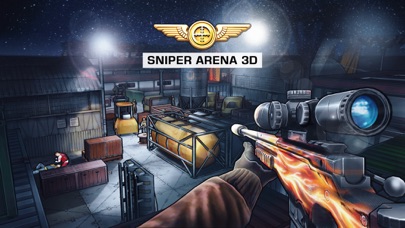 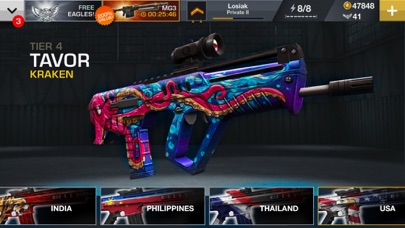 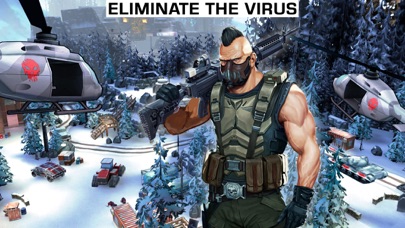 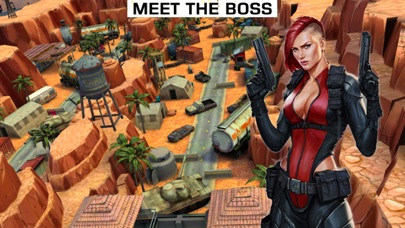 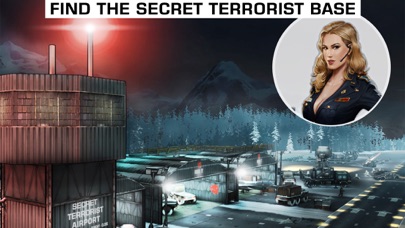 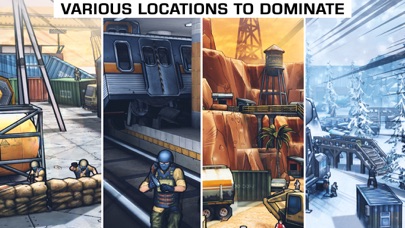 Great Game, but what’s up with all the ads?
By elitesavage23

Heck yeah! This company managed to make a masterpiece! It felt so good enough to divert my attention from Fortnite! I love the cartoonish style and the rail-shooter style of gameplay, and the intense action is satisfying too. I hope you make a sequel to this!
By marcodoctor972

So the game is great but I’m trying to buy $5 worth of 100 eagles correct but every time I purchase and saying purchased fail. So I don’t know what is wrong but can u find out for me please thank you
By juliodubon

I played the first one which isn't on the App Store anymore but, I thought it was good until I saw this sequel, downloaded it, and played the heck out of it.Its real fun, there's great action, a great story, and lets not forget blood.But, I'm REALLY hoping u make a third game with a even better story and even better blood. If you ever do call it something cool like Major Gun 3: No More Mercy
By JohnnyBoy.13

Can you add PVP and shooting for iOS users because I can’t play PvP or Shooting Arena/Practice And allow if your in a big stage you can change stages because I wanna go see stage 1 again plz add this stuff from a major gun fan :/
By MacaulayJL

Hopefully future updates will add more guns maps, New PvP features. Keeping my eye on this....Oh and it doesn’t take up a whole lot of space. Can’t wait for new content for the PVP and Etc.
By BleepThemStatsUp

I cannot accurately describe the beauty behind Major Gun 2. It is the most satisfying FPS on the App Store. It drastically separates itself from the original Major Gun. However, the original Major Gun was THE BEST game I ever installed. I was devastated when it was removed from the App Store. PLEASE REVIVE THE FIRST MAJOR GUN!!! I love the sequel, but nothing will ever compare to the original. I still have the app downloaded, although I cannot open it. I will NEVER delete it, and will continue to wait for a possible revival. Nothing competes with the MAJOR GUN series!!!
By #Br4nd0#