Relax and get better sleep with TaoMix 2. Let yourself be lulled by relaxing and immersive soundscapes inspired by nature. Customize your creations and share them with friends and family! Download TaoMix 2 now and enter an infinite world of sounds. How it works: TaoMix 2 offers a unique and easy way to create your own relaxing soundscapes that can evolve randomly over time, for a perfect immersion. 1. Add relaxing sounds to your soundscape. Select from the wide range of high quality sounds or record your own. You can add as many sounds as you want, they will be represented by coloured disks. 2. Modify your mix. Move the coloured disks and the white cursor around : the closer a sound is to the cursor, the louder it plays. 3. Sit back and relax… Lose yourself in nature’s marvellous song, and let it guide you at its own pace. Features: • Easily create unique soundscapes that evolve over time. • Collect and mix more than 120 carefully handpicked sounds. • Record and import your own sounds. Possibilities are endless! • Use the timer to fall asleep or to set a time limit to your relaxation, meditation or yoga sessions. • HomeKit: Pair your smart lighting system and experience ultimate relaxation! • Option to generate random soundscapes. • Unique and intuitive interface. • Neat and minimalist design. • Save, rename and organize your creations. • Share your creations with your friends via Facebook, Twitter or by email. • Control the app with any AirPlay device! • Listen to your own soundscape while using another music application at the same time! (cf app’s settings) • We’ll continue to grow the sound collection, so please send us your suggestions! ----- SUBSCRIPTION INFORMATION - Subscribe for unlimited access to all the Premium sounds - Weekly ($7.99) & yearly ($40.99)* - Free trial subscription is automatically renewed unless cancelled 24 hours before the renewal - Payment will be charged to iTunes Account at confirmation of purchase - Account will be charged for renewal within 24-hours prior to the end of the current period, at the same price - Subscriptions may be managed by the user and auto-renewal may be turned off by going to the user’s Account Settings after purchase - Any unused portion of a free trial period, if offered, will be forfeited when the user purchases a subscription to that publication, where applicable Privacy Policy & Terms of Service: http://musicworldmedia.com/products/taomix/tos *Price are equal to the value that "Apple's App Store Matrix" determines is the equivalent of the subscription price in $USD. 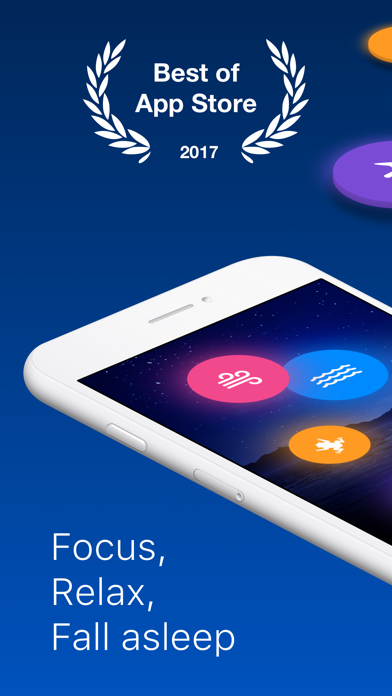 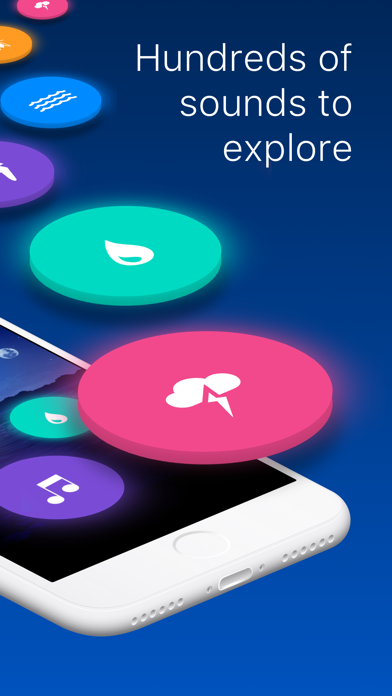 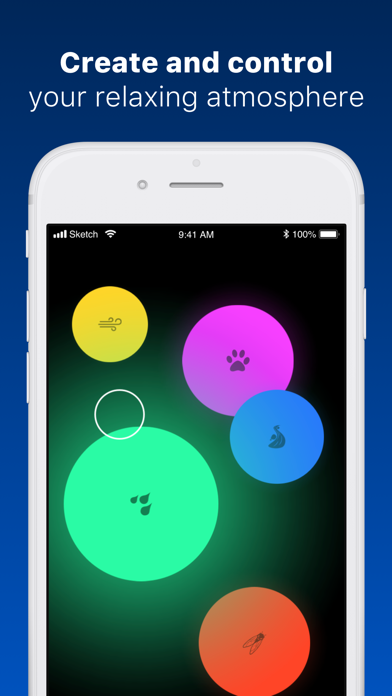 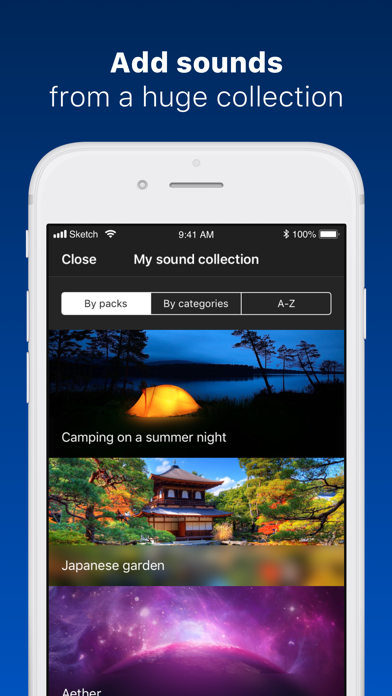 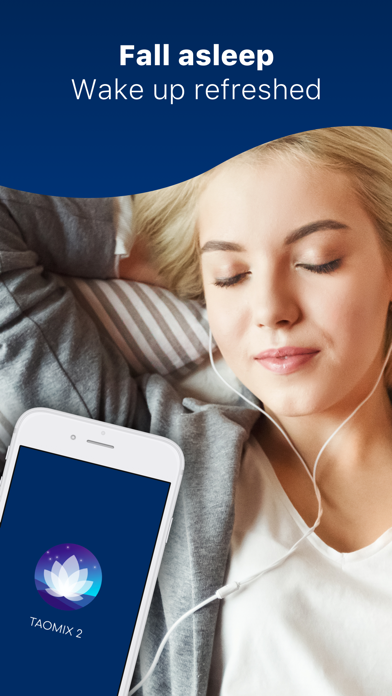 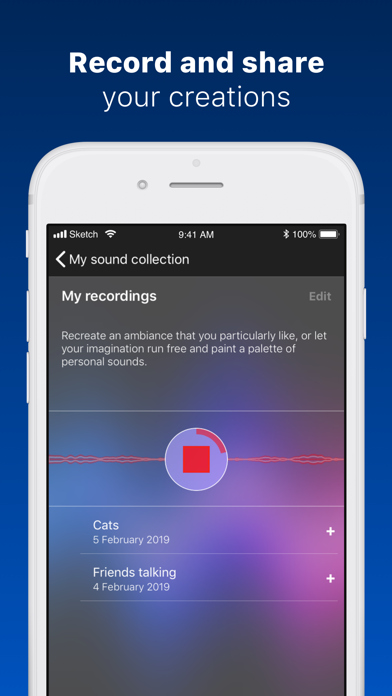 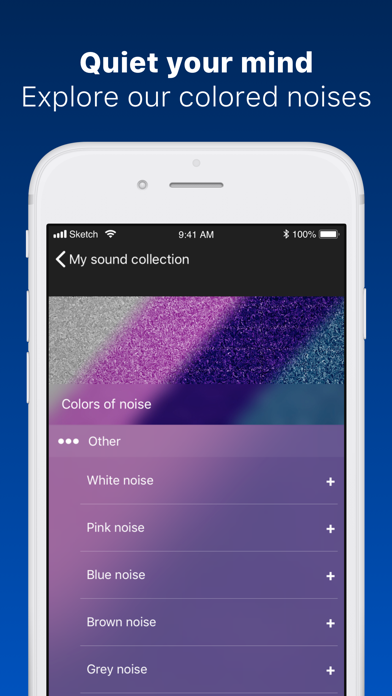 Unable to restore with new update.

Purchased all sound packs when the app first came out. Recently purchased a new phone and restore won’t work and wants 7.99 a week for something I already paid for.
By ReverbMayhem

I really like this app & I would pay 1 time to unlock the different features. But I won't pay every month, so they'll get nothing from me.
By XHICHELE

No way to restore purchases.

No way to restore purchases.
By HelloPretzel

I am updating my review since the app has been fixed: This is by far my favorite meditation music app, •It plays the sounds in background and mixes with other sounds. (so you can listen to music while for example listening to an audiobook.) •It lets you import your own custom mp3 sounds and is the ONLY app that does this with audio mix. •It has adjustable volume for each sound and the overall sound. •You can save custom mixes you mad to access quickly and name them. My only negative comments, •The actual sound packs it comes with are ok, but I garuntee you can find dozens other sound apps with 1. More selections 2. Better quality 3. WAY MORE AFFORDABLE. •Considering that, the price is far to much. Before the update it was $5.99 and a one rime purchase, but to charge $8 a WEEK is insane. I honestly thought this was a glitch at first it seemed so ridiculous. •I also was never able to restore my purchase wich was made before the price change, luckily I dont miss the built in sounds that much but still says alot as far as reliability. Sum up, If your looking for free and to use your own sounds this app is perfect, if your looking for a selection of nature sounds and willing to pay, LOOK ELSEWERE, alot of other apps have much more, better quality, and lower prices. Second update: I noticed most of developer response to outragoues price was that it was needed to further enhance and add to the app, a year later with same pricing nothing has been added. I can only assume only a rare few people with literel money to burn would pay so much for something when there are hundreds of other choices with exact same idea all $9.99 a month max, (I still think paying anything over $4 a month for sounds is crazy) so either no ones buying it and they should try matching the other prices and get more profit in long run, or they are and they could have updated it and gone back to reasonable price like claimed, either way it is a bad look.
By LCLMomma1392

it’s a good app I just wish there was a search bar because it’s frustrating having so many downloads with different names and having to scroll through hundred of them just to find the right one. I also wish there was a playlist or something for the downloads i do import into the app because i don’t want to always listen to them at the same timw.
By Thelostdog

I love this app so much!

the sounds are nice and the feature to add your own music is really, really helpful! this app is all i could’ve ever wanted 🥰 it’s helped me out immensely, and it’s super easy to use and understand
By bridge.eet

I can not import a video

Pls help me
By Stoooooopppp!

Takes you back to your favorite camping trips....
By Hobokins

this is by far one of the most relaxing apps i’ve used! I love that it allows you to mix the sound of the app with other apps, how it allows you to adjust the volume between each mix, and how you can add your own sounds. I’m hoping that in later updates we’ll be able to create playlists. Personally that would be very helpful, when meditating before bed, I love to feel like I’m able to change sceneries haha.
By Biarah B.

Does what you want.