Simply Piano is a fast and fun way to learn piano, from beginner to pro. Works with any piano or keyboard. Chosen as one of the best iPhone apps. - Tons of fun songs like Imagine, Chandelier, All Of Me and Counting Stars, also J.S. Bach - Includes courses for different musical tastes and playing levels - Learn the basics step-by-step from reading sheet music to playing with both hands - Slow down library songs to choose your own pace for easy learning - Personalized 5-Min Workouts ensuring you progress fast and always succeed - Suitable for all ages, no previous knowledge required to learn piano No Piano? Try the Touch Courses with 3D Touch to turn your device into an on-screen keyboard! How it works: - Place your device (iPhone/iPad/iPod) on your acoustic/MIDI piano or keyboard and play; the app will immediately recognize what you are playing - Get instant feedback on your playing to quickly learn and improve your piano skills - Discover the magic of music with fun songs in the Library and complete courses to start sounding like a pro How the Subscription Works: - All app users can play two free courses. Upgrade to a premium subscription package at any time. - Subscribers will receive full access to ALL courses. New courses and songs added every month! - All recurring subscriptions will auto-renew unless auto-renewal is turned off at least 24 hours before the end of the current period. - Account will be charged for renewal within 24-hours prior to the end of the current period, at the cost of the chosen package. - Any unused portion of a free trial period, if offered, will be forfeited when the user purchases a subscription to that publication, where applicable. - Subscriptions may be managed by the user and auto-renewal may be turned off by going to the user's Account Settings after purchase. - Your subscription is for your iTunes account and can be used on your iOS device. - Payments will be charged to your iTunes account at confirmation of purchase. - Subscriptions cannot be cancelled during the active subscription period. Choose from one of the following subscription options: - 3 months recurring subscription for $59.99 (USD) - 6 months recurring subscription for $89.99 (USD) - Yearly recurring subscription for $119.99 (USD) Simply Piano is developed by JoyTunes, creators of award-winning apps Piano Maestro and Piano Dust Buster. Created by music educators, the apps are used by tens of thousands of music teachers worldwide with over 1 million songs learned every week. JoyTunes are experts in creating educational and fun music apps for learning piano quickly and easily. Awards & Recognition - - "EMI’s Innovation Challenge” - "World Summit Award", by the United Nations - “Best Tools for Beginners”, NAMM - "Best Tablet Game", GameIS - “Parents' Choice Award” - “Golden App”, Apps for Homeschooling Have questions, feedback or suggestions? Reach out to us at support@joytunes.com Enjoy Playing! privacy policy: http://www.joytunes.com/privacy terms of use: http://www.joytunes.com/terms 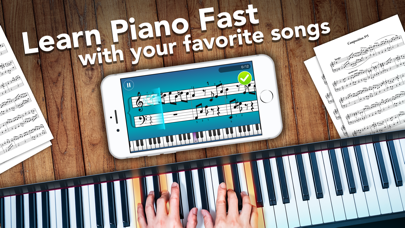 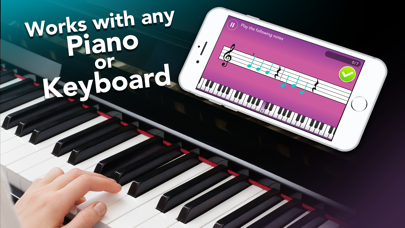 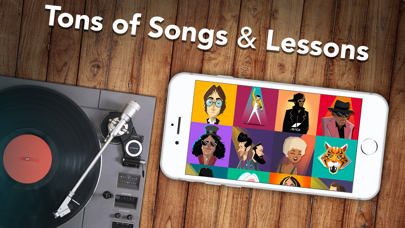 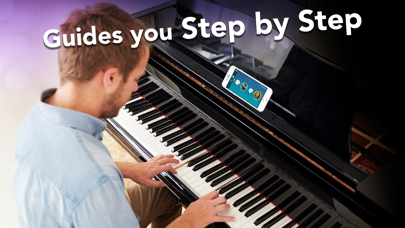 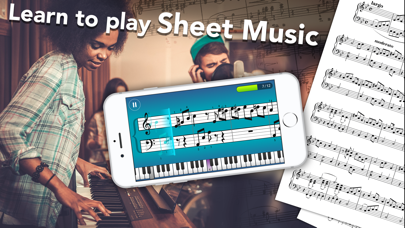 Love the way its build up and how quickly one can improve
By Fan nr. 1

It was so fun but why is it 90 dollars?
By Marcellite

So I was recommended this app and was very excited to use it. I downloaded it on February 24, 2020. I signed up for the 7 day FREE TRIAL and was to cancel it before the date was up. I tend to forget so I cancelled my free trial FEBRUARY 24th. My iTunes account was STILL CHARGED $103.00. I had the app for ONE DAY. I am very upset and confused. I will not be using nor recommending this app to anyone.
By Kennibaby

The app works just fine but... first of all I did everything I could in one night then found out like 120 dollars to keep going. I will probably keep doing the 5 min workout but I only learned 5 notes and I can’t learn anything else. I will probably delete the app.👎👎👎👎👎👎👎I wouldn’t buy it
By tytjgffy

(Please respond)why is it money?

For years I’ve been searching the world to find cheap piano lessons because my family is poor. Until I found this app it was awesome when I was playing the introduction until to play my favorite I hade to pay 10.00$ a month it may have the free trial for 7 days but that gives poor people 7 days to play their songs. When I make a YouTube channel I was going to play the piano to get money but til I noticed it was money. And when I got good videos I would of gave a shout out but it’s money so all my hopes and dreams got crushed right in my face. So now my family might be poor for longer than I Expected so I hope you like to make your game. All these other games do the same thing I hope you see this message before it’s to late. My car is broke down, there is a hole in my roof, and I still have 2 cats and a dog to take care of I get payed 8.00$ an hour and my dad died and my 3 year old cat so please respond until it’s to late😰😭😭😩😫😢😥😥😢😢😿😥😭
By babycoffeegamer

Why Did you make this

Every Time I GET SO MAD BECAUSE IM PRESSING THE RIGHT KEY AND IT IS SAYING IM WRONG AND WITH MY RIGHT HAND AND THEY DID NOT TELL ME HOW TO PUT MY RIGHT HAND AND I PRESS RANDOM KEYS AND IM SO SICK OF IT 😡😡😡😡 I HATE IT SO MUCH FIX IT NOW 😡😡😡😡😡
By Alliegator.chomp

This game is horrible. You have to pay just to play songs. If i ever fall for this bad game again I will be so mad at myself. I’m very disappointed in this abomination. If the developer replies saying “Give us a chance in the future” or anything like that,I won’t fall for that again.
By L👁LSplatXDR

Can’t do just about anything without paying

I got this app because I wanted to get better at piano. I was excited when I downloaded it, and I opened the app. When it opened it showed a premium membership thing. I thought it was just for some stuff, and then I opened it and saw songs, you had to pay for. I was sad but kept looking. I went into the stuff you can do, and the only clicked on learn to use both hands. Turns out, you can’t do that unless you pay. So I went into the only thing you could do without paying and it was so easy. It was like hot cross buns with one finger and twinkle twinkle little star, row row row your boat. I just don’t see the point in paying 15 dollars for something I could learn on YouTube. Please, make it so you can do something fun or teach yourself something, without having to pay a crazy amount for a dumb piano app. I would not recommend it.
By Gus Hummel