The "Who Do I Start?" app is the fastest way to get expert advice for all of your start/sit and draft decisions! Take advantage of the most accurate fantasy football experts to quickly compare players so you can start your best lineup every week. With FantasyPros’ proven Expert Consensus Rankings (ECR), you'll have the most accurate lineup advice at your fingertips. Start the best players with confidence on game day. Make sure you’re ready to bring home your fantasy football league’s championship! Features include: ● The most up-to-date Expert Consensus Rankings for all relevant fantasy football players. ● Easy comparisons to see who would be the best player to start on your roster. ● Compare against all available players to see if there's a more valuable player on the waiver wire. ● Quickly view expert rankings, stats, projections, and recent player news all in one place. ● Still have a draft? Easily switch between weekly Sit/Start mode and Draft mode to get the most accurate draft advice. ----------- More popular fantasy football apps powered by FantasyPros: ● Fantasy Football Draft Wizard - Lightning fast mock drafts and real-time expert advice during your fantasy football draft. ● Fantasy Football My Playbook - Complete fantasy football lineup and league management to help you win each week. 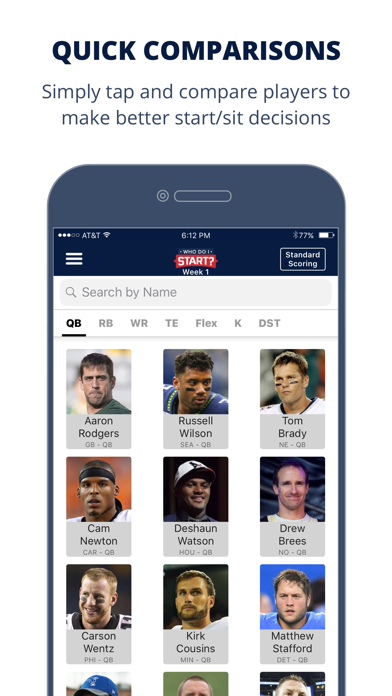 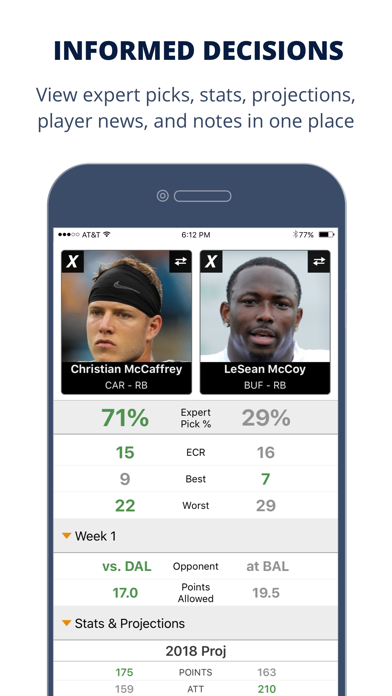 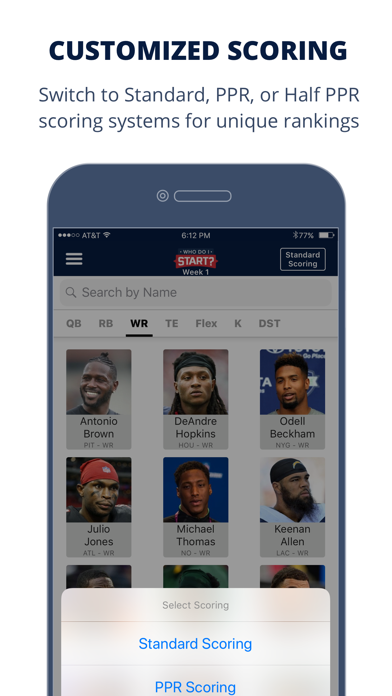 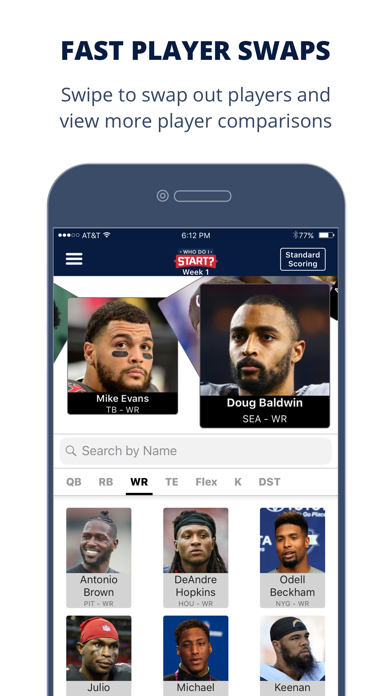 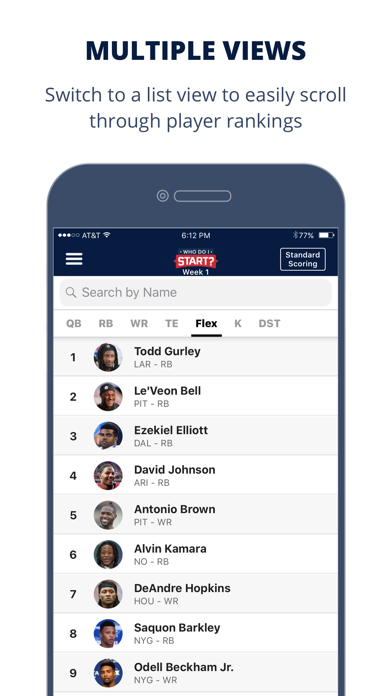 It’s almost playoff time and you have Golden Tate on Detroit. I need him to be a Giant, and I’m sure this affects his predictions. Fix this. How many other players aren’t on current teams?
By MzAudrina

Why did you have to add stupid ads? You just lost me as a customer!
By Big losey

App does not open after latest update

Great app, but app will not open after latest update. Running on iPhone 11 with iOS 13.2. Splash screen displays and either stays on that or app closes.
By rckhld

No players! Fix this!

Opened the app today and there are no players whatsoever in it. None. I’ve enjoyed this app in past seasons, but it’s completely worthless like this.
By de-chatify

App doesn’t even open after the update.
By KnowledgeKnown

For instance, only 17 QB to compare, no option for LeSean (Shady) McCoy in RB or Flex setting, only info on 12 kickers.
By bbrostar

Opened app today and half of RBs aren’t appearing. Decided to delete and reload. That seemed to “fix” the issue,...for now.
By T13-burger