MAVTV Plus showcases a wide range of On-Demand Motorsports and Automotive programming. Choose from hundreds of shows in our library of content or catch one of our LIVE broadcasts from some of the racing world's biggest events! • 24 / 7 Access to ALL Your Favorite Motorsports • LIVE Events • Extended Race Coverage • Early Access to Shows • Behind-The-Scenes Interviews and Bonus Footage Subscription Types: Basic Subscription - $6.99 / month - Includes select live events - Does not include premium live events 1 Year Unlimited Subscription - $99.99 / year - Includes all live events - Includes all premium events Please note: - Payment will be charged to iTunes Account at confirmation of purchase. - Subscription automatically renews unless auto-renew is turned off at least 24-hours before the end of the current period. - Account will be charged for renewal within 24 hours prior to the end of the current period, and identify the cost of the renewal. - Subscriptions may be managed by the user and auto-renewal may be turned off by going to the user's Account Settings after purchase. - No cancellation of the current subscription is allowed during the active subscription period. If you are experiencing problems with the service, please visit: https://lucasoilracing.tv/help/faq/ Our privacy policy can be found here: https://lucasoilracing.tv/privacy/ Our terms of service can be found here: https://lucasoilracing.tv/terms/ 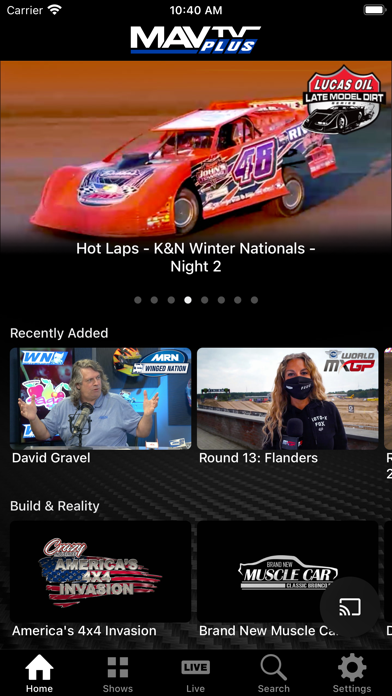 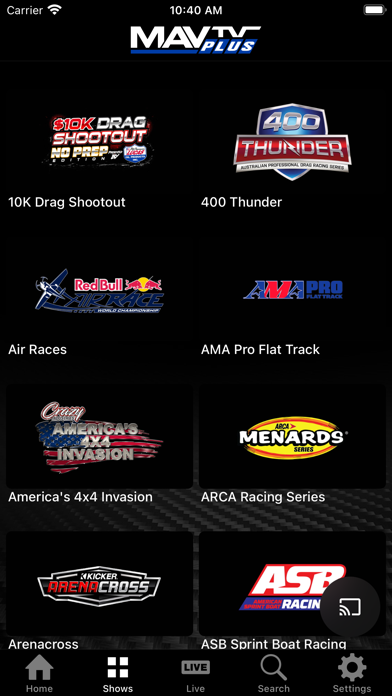 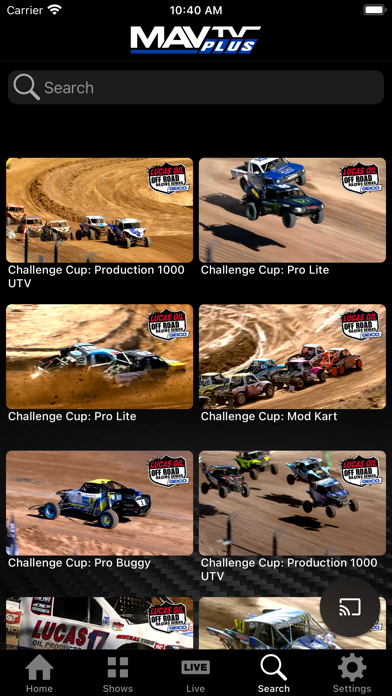 They finally fixed it for iOS.

While it doesnt cast it seems, but it finally works on iOS again. These other reviews talking about only highlights appear to be “surface lookers” as theres full races of all types. Like another reviewer said dont listen to all the other reviews saying the new update doesnt work because it does. Glad to have it back. If anyone is listening how a out fixing the casting?
By sohfast94

This app should let u watch for Free
By ucarfstrun

Great way to view some of the top racing in America. Easy to use, almost like Netflix of grassroots racing.
By BDPanther

There is no schedule. There are some full replays, but they are hard to find. Most events are edited into clips. Also a lot of the thumbnails spoil the winner which is completely pointless. This has been really poorly executed, and it has taken forever.
By MUWHAHAHAHAHAHA

Worst app i have ever wasted money on two days in and cant watch on anything but phone 🤦🏼‍♂️ no help from support or tech . Maybe you should stop selling stuff people cant even use. We be cancelling asap
By facebookblowz2020

The app and service is much better now that MavTV took over !
By ScottyD95

This app has been updated, so ignore all other reviews. From Lucas Oil Racing Tv to MavTv Plus, from 1 star to 5 just like that. Thank you for this new app.
By LucAss SaltyMan

Still waiting for the MAVTV Plus app to replace this one. It’s amazing if whoever makes the choices on designing the apps is still employed.
By renvoize