Looking for a new creative hobby? Play Design Home today - a relaxing, fun game that allows you to live the life of an interior decorator. Sharpen your decorating skills in daily Design Challenges and style visually stunning three-dimensional spaces with access to real, high-end furniture and decor brands. Unlock 'My Homes' to access bathrooms, kitchens and more customization options to bring your dream homes to life! It’s quick, it’s fun and you can connect with a vibrant creative community while learning about diverse décor styles - thus improving your design skills and gaining inspiration that you can even apply in your real life. * Relax through play and express your creativity in daily Design Challenges. * Unlock rewards as you polish your amazing abilities as an interior decorator. * Level up to access 'My Homes' - with dream homes of your very own to design as you wish! * Play with real life, high-end brands as you learn about different interior design styles. * Vote on your favorite rooms from a vibrant, creative community. * Share your creativity and borrow furnishings from your friends when you connect to Facebook. Love the items in your favorite room? You can shop for them directly through Design Home! Click any piece you love and buy it for your own home. With new pieces added every day, Design Home literally puts the best home décor (alternative: furnishings) directly at your fingertips. Not only can you discover brands and trends, you can own them, too! PLEASE NOTE: - This game is free to play, but you can choose to pay real money for some extra items, which will charge your iTunes account. You can disable in-app purchasing by adjusting your device settings. This game is not intended for children. - Please buy carefully. - Advertising appears in this game. This game may permit users to interact with one another (e.g., chat rooms, player to player chat, messaging) depending on the availability of these features. Linking to social networking sites are not intended for persons in violation of the applicable rules of such social networking sites. - A network connection is required to play. - For information about how Glu collects and uses your data, please read our privacy policy at: www.Glu.com/privacy - If you have a problem with this game, please use the game’s “Help” feature. Terms of Service: http://www.glu.com/terms Privacy Policy: http://www.glu.com/privacy 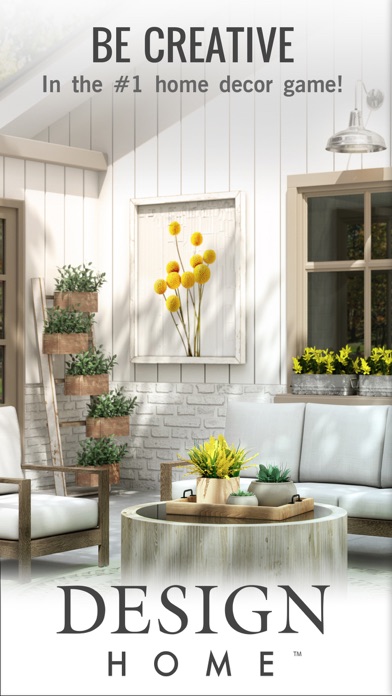 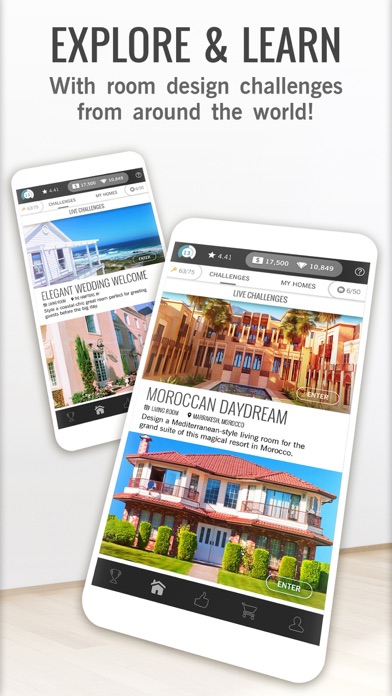 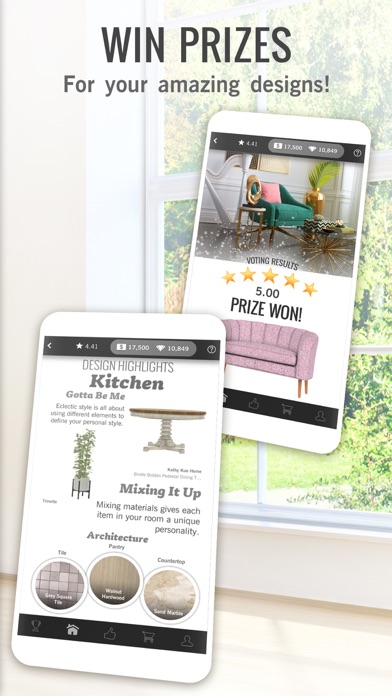 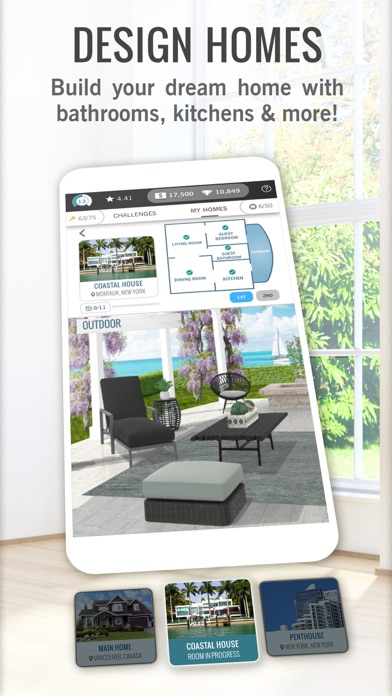 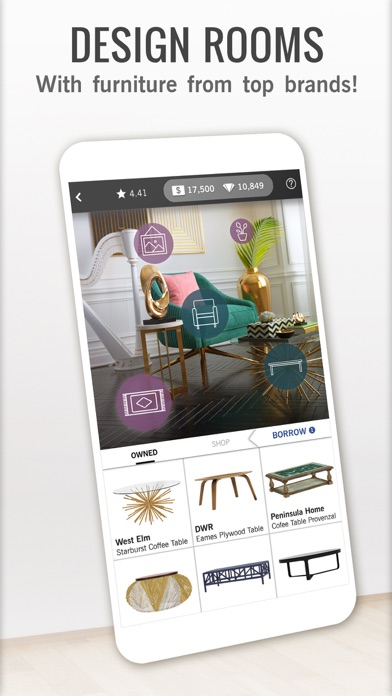 So this is a really good game and is great. I have so much fun. It’s really cool how you can make your own house too. Overall it’s the best game I’ve played but there’s a few things that would make it better. Firstly, i think there should be some more homes added. I have already finished all of them and some twice. I’d really like something to do with all those home points lying around. Secondly, I think there should be some extras added. So like how you can add a table lamp to a side table, you should be able to add throw pillows to chairs and stuff like that. I think it would really make our designs more unique. So all in all, I like everything about these games except the things I mentioned. If other things changed though the game might become worse. I really like this game but some improvements would make it even better.
By Quik snake

The best game in the world. Until you run out of cash and beg for more. Still you want to get more cash and try to use all the materials you have, but those don’t match the requirements. So you give up and keep checking for more, by the way, is this a review? Um, also I love it because you can now dream about your dream house. Thank you, Design Home
By #meetuiscute

This game is very fun but it is very confusing, the tutorial is horrible and doesn’t explain anything.
By Emmalaura2027

Glitch and kicked out

I’ve done the update and the app continues to kick me out when I try to design a room. Please fix!!!!!!!!!
By Rhi par

It’s a great game, but the furniture is quite expensive. When designing the “challenge” rooms it’s hard to get all of the required furniture when it’s $4k and you only have $2k. I do not mind buying in game packages, but not to this extent. And when you’re done with the rooms, for example ends up being $23k, you only get $500 back. The monetary part of this game makes absolutely no sense. Until it’s fixed a little bit then I will not be playing it anymore.
By vickielynne

Love the app but support is non existent

I had a hardware issue when I added my Facebook I went down 4 levels and lost all my inventory. I wrote the app support expecting a delay due to world events but, it’s been 5 days now with no answer. They happily take your money but, no help if there’s a problem or you want money back. I’m still waiting for an answer ? Do you stand behind your app or not ?
By Natty belle

This game has been really fun, and I’ve enjoyed it for a while now but.....it’s become extremely glitchy. The game shuts off now on a consistent basis whether I’m waiting to play the puzzle or when I’ve completed the puzzle I don’t receive the dollars to add to my total....or it won’t allow the extra tries because the ad won’t load ..... then shuts down. Unfortunately I’ll have to delete this game if fixes aren’t made, which would stink cuz this is one game I play daily.
By BinxMinx13

Great game but things need to be less expensive

Love the game/designing but wish things were less expensive or more diamonds were given out so you could use what really looks good instead of what is cheap.
By LDJ1256

This game is fun and addictive but very pricey. I think that you should be able to earn more money in the game to spend back in the game besides having to purchase diamonds just to be able to play. Each challenge requires you to purchase inventory that you wouldn’t otherwise have.
By WondaLawonda

I love the app my only thing is with the decor such as paintings, table arrangements, etc that we could filter for style and color. Would be awesome to see these changes come about.
By MsWildcat1