The ORIGINAL coloring book! Join over 25 million users in a relaxing experience. Paint mandalas, patterns, animals, florals, and thematic images from our artists - or upload your own drawings and give them even more life! The new AR virtual gallery lets you visualize your drawings in the real world, as if they were a painting on your wall! Colorfy also offers a "draw mandala" mode - with a few swipes, create beautiful mandalas! Let your imagination run wild. Features: - 1000+ pictures to paint: mandalas, florals, animals, patterns, cats, gardens, famous paintings and more. - Easy to color: choose your color palette and tap to color. - Select from different brush types for advanced effects. - The best rated coloring app: over a million 5 star ratings! - Get inspired by the community - view and share drawings with people from around the world - Easily share your drawings in your favorite social network - Optimized for the newest iPhones - Works offline! No wifi needed! - Paint your own drawings! Draw on paper, take a picture of it, and give it the colors it deserves. - Draw your own mandalas with an innovative new mode! - The new AR virtual gallery lets you visualize your drawings in the real world, as if they were a painting on your wall! Colorfy Plus subscription - You can subscribe for new weekly updates (every week, new images will be available for download) - All prices are subject to change without notification. We occasionally run promotion prices as incentives or limited time opportunities for qualifying purchases made during the promotional time period. Due to the time sensitive and promotional nature of these events, we are unable to offer price protection or retroactive discounts or refunds for previous purchases in the event of a price reduction or promotional offering. - Payment will be charged to iTunes Account at confirmation of purchase - You will be able to color all available images for the duration of the subscription - Subscription automatically renews for the same price and duration period as the original "one week"/"one month"/"one year" package unless auto-renew is turned off at least 24-hours before the end of the current period - Account will be charged for renewal within 24-hours prior to the end of the current period at the cost of the chosen package (weekly, monthly or yearly package) - Subscriptions may be managed by the user and auto-renewal may be turned off by going to the user's iTunes Account Settings after purchase - No cancellation of the current subscription is allowed during active subscription period - You may cancel a subscription during its free trial period via the subscription setting through your iTunes account. This must be done 24 hours before the end of the subscription period to avoid being charged. Please visit http://support.apple.com/kb/ht4098 for more information - You may turn off the auto-renewal of your subscription via your iTunes Account Settings. However, you are not able to cancel the current subscription during its active period - Any unused portion of a free-trial period, will be forfeited when the user purchases a Colorfy Plus subscription Links to our Terms of Service and Privacy Policy can be found below Privacy Policy: https://wildlifestudios.com/privacy-policy/ Terms of Use: https://wildlifestudios.com/terms-of-service/ * Prices are equal to the value that "Apple's App Store Pricing Matrix" determines as the equivalent of the subscription price in $ USD 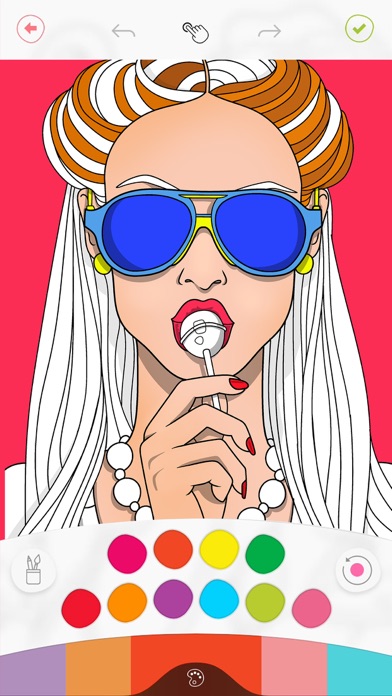 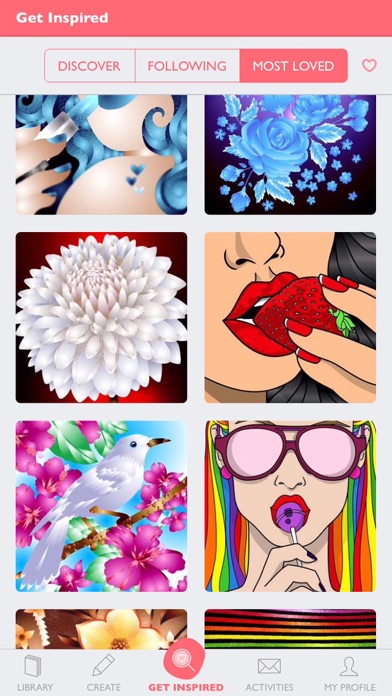 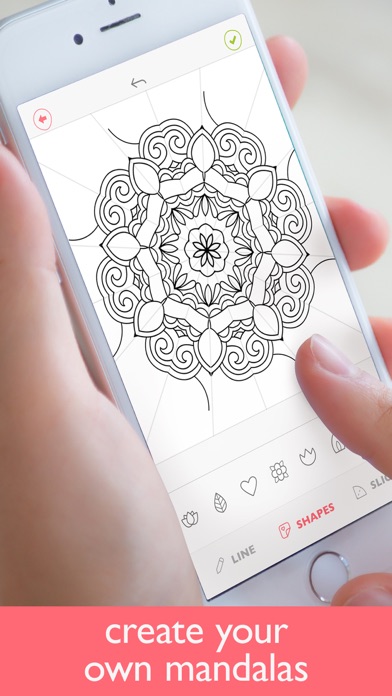 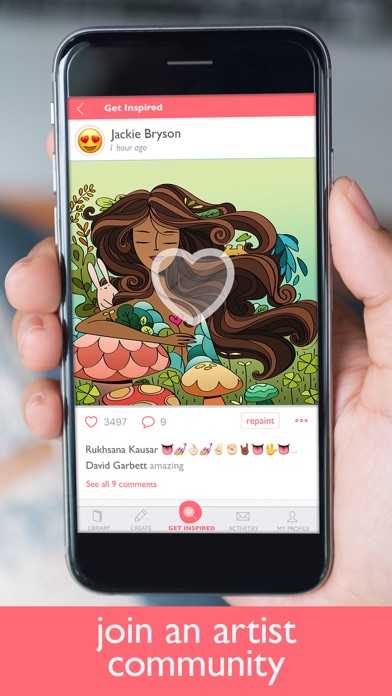 I downloaded this app, and a while later the screen froze , and I couldn’t move it. I refreshed the app, and it did it again. Now I can’t color a certain picture because of the freezing. And another thing: those awful ads. They come up anytime I try to draw a pic, and when I open the game. It’s so awful and boring to watch these ads. The one good thing about this, which is why I gave one star, is because you can talk to other people
By 😇😇😇little angel😇😇😇

Terrible, bloated with ads — do not use

A majority of this app’s experience is actually just watching ads. It is probably better to just buy another app outright instead of using this app and watch an ad every minute.
By Arun003345

Wayyy to many ads

So many ads that it is so frustrating to use the app, I a barely color a bit and it already gives me an ad or tells me to get premium. Don’t waste your time people.
By kaythlinor

BANNED FOR NO REASON

It’s a really great and fun but most pictures you have to be VIP to do! Which I totally this is unfair for those of us who can’t pay for that. This game can be addictive too I have some friends on here and now I am always on my phone!! Not that they can change that at all just for ppl who read reviews before they get the app it’s is indeed very addicting
By Ashlyn🤓😁🤪

This game used to be so fun but now every single interesting picture is now premium only leaving the more plain pictures left. As if that wasn’t bad, even some of the colors are premium! Everything used to be amazing, calming, and fun. Now it’s all about the app developers getting money instead of customer satisfaction.
By MessiahM18

Send art then relize did not want to freaked out, deleted the app reinstalled it and found it but it was already published how do I delete it! I am feaking out! Pls respond quickly!!!! :(
By Siberian huskie lover

I like this game. I’ve had it for a while and it’s fun, I love seeing other people’s pieces and there are a lot of nice people on Colorfy. But, the guidelines on what people post is very unfair. Some of the people that I follow and follow me have gotten banned 2+ times in the past week! The thing that makes me confused is why are they banned, they did nothing. Although, there was this person on the app that posted a picture of b*obs and it showed a lot. Yes, they’re older teens on this app that probably feel fine with seeing it. But I don’t feel safe seeing that nor do I think little children on the app should have a chance of seeing it. All I think you need to change is your guidelines. Other than that I love the game.
By emmak58