ReddIdeal for Reddit is designed to bring you a streamlined mobile Reddit experience on your iOS devices. With the seamless integration with iOS Notification Center Widget, you can quickly view the hottest posts from Reddit front page and check your mailbox. With the integration of iCloud storage, you can easily share your settings across all your iOS devices using the same iCloud account. Features: - Reddit FrontPage - Reddit post search - Subreddit search - Customizable common phrases - Multireddits supports - Local bookmark subreddits - Hide / show read links - Multiple users supports, quick switch between accounts - Today Widget for Reddit Mailbox - Today Widget for Reddit FrontPage - Auto iCloud Date Sync Between Devices - Share via Twitter, Facebook, Message and Email Please send us feedback in the App if you need more features or find any issues, that will help us make it the best reddit app in the app store. 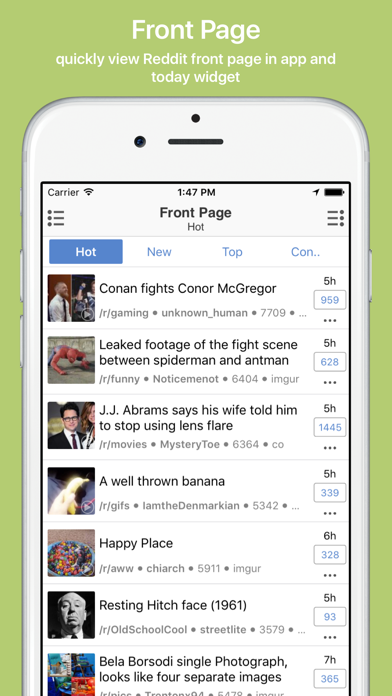 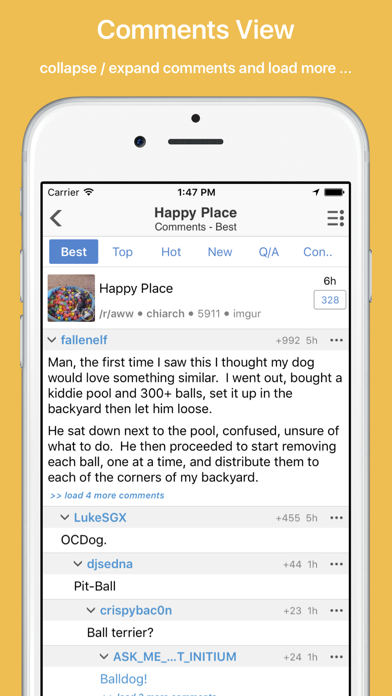 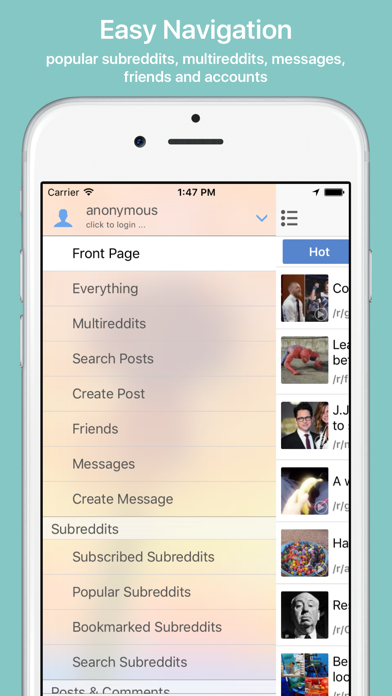 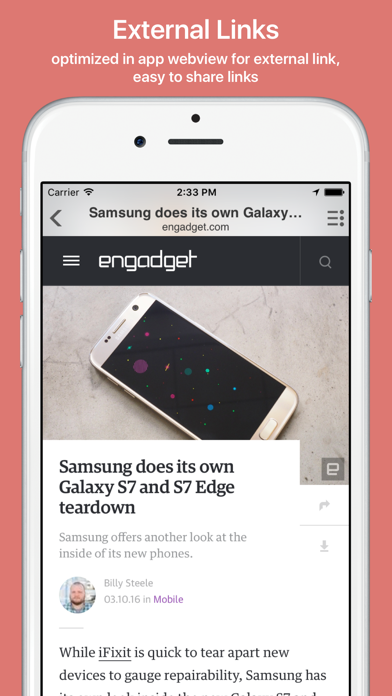 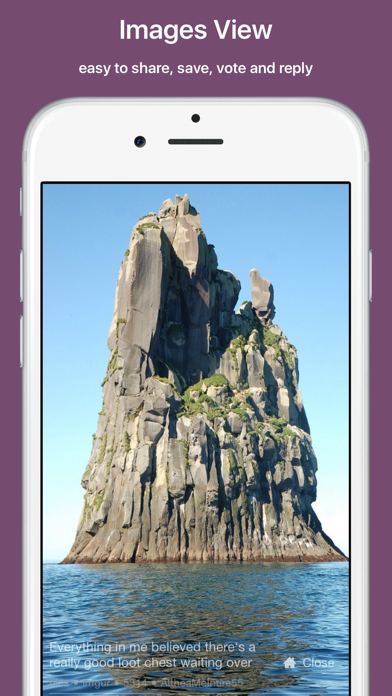 Searched for a replacement app after Reddit purchased blue alien and stopped upgrading. I tried several and settled on this one. I like the layout.
By VanHalenII

Best of the rest

Best of the rest
By Republicane

Nothing flashy. Just your headlines and gifts.
By Gwen110

Get rid of ads and maybe people would use this decent attempt for a Reddit iOS client...

If there was an in-app purchase that would get rid of the advertisements at the bottom of the screen, it would be rated accordingly. I do not understand at this stage in the development of the app how the devs haven't offered a $0.99 or $1.99 buyout to remove ads as a feature - I mean, that's inexcusable and no one with any self-respect would routinely use software that is riddled with annoying advertisements you cannot get rid of. 1/5 for trying, but that's a liberal use of the word "trying" when you cannot shake the preliminary phase of getting rid of in-app adverts. Do this, devs, and then we'll talk...
By Bank of America_Knoxville

Used to work fine, and now it will not show post in subreddits.
By Villious

Great app, could do with some changes

This app is fantastic, I just wish it had more swipe gestures to go back, and was a little less laggy. If these 2 things were fixed I would pay any amount for the app
By JimsBurgers

App just updated a couple weeks ago but it crashes every time I try to open it... And there's no way to eMail the Developer...
By DavidQT69

Didn't work for me

App crashed every time I tried to put my user name and password in.
By Sagundrum