Best App To Add Music on Video! Make Music Video Easily! Best Video Editing App! • Add Unlimited background music to videos! • Make your own music videos! • Record your own voice over video! • Make funny Dubsmush videos! • Give life to your videos! • Get more likes & views on Youtube, Instagram, Facebook or Vine! Key Features: ========== • Add Unlimited Music Tracks on Videos. • Record Your Own Voice Over Video. • Edit Video: Trim & Cut frame by frame. Remove any unwanted part of your video. • Edit Audio: Trim, Fade-in, Fade-out. • Huge Collection of Awesome Music Tracks. • Volume Control For Audios. • Video Mute/UnMute. • Minimum Processing Time. • Beautiful UI With Stunning Design. • Very Easy to use. Instructions: ========= • Select your video to edit from gallery. (From 1st page of the App) • Trim or Cut your videos to remove any unwanted frame. (Single Tap on Video Frame) • Add music from your iPhone, from app’s track list or by recording. (Press on ‘+ Add Music’ Button) • Edit & Trim audio. (Single Tap on Audio) • Change the position of the music tracks. (Tap & Hold Tracks then Slide Left or Right) • Save or Share your edited videos. Fade-in Means: Gradually increase the level of audio volume at the beginning. Fade-out Means: Gradually decrease the level of audio volume at its end. Music Track Categories: ================== • Free • Club/Party • Cinematic • Rock • Romantic • Sad/Emotional • Acoustic • Pop • Ambient • Relaxing SUBSCRIPTION INFO: Subscribe to take advantage of the features described above. •Subscription length: Weekly •Your payment will be charged to your iTunes Account as soon as you confirm your purchase. •You can manage your subscriptions and turn off auto-renewal from your Account Settings after the purchase. •Your subscription will renew automatically, unless you turn off auto-renew at least 24 hours before the end of the current period. •The cost of renewal will be charged to your account in the 24 hours prior to the end of the current period. •When canceling a subscription, your subscription will stay active until the end of the period. Auto-renewal will be disabled, but the current subscription will not be refunded. •Any unused portion of a free trial period, if offered, will be forfeited when purchasing a subscription. Terms of service: https://bendingspoons.com/tos.html?app=1006386292 Privacy policy: https://bendingspoons.com/privacy.html?app=1006386292 Have a feature request you would like to see in a future version of the app? Do not hesitate to contact us at videomusic@bendingspoons.com Disclaimer: You will be required to sign up for an auto-renewable In-App Purchase before you are able to access the app. 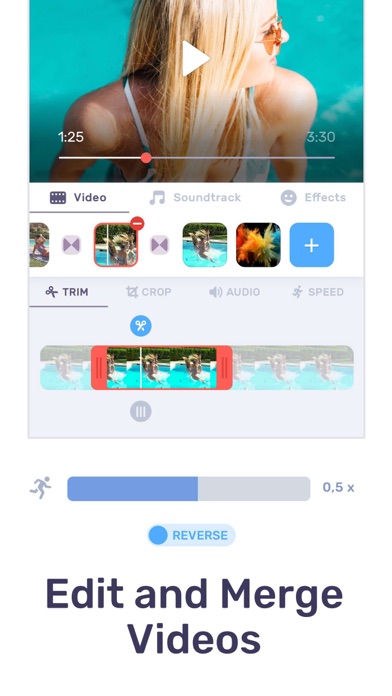 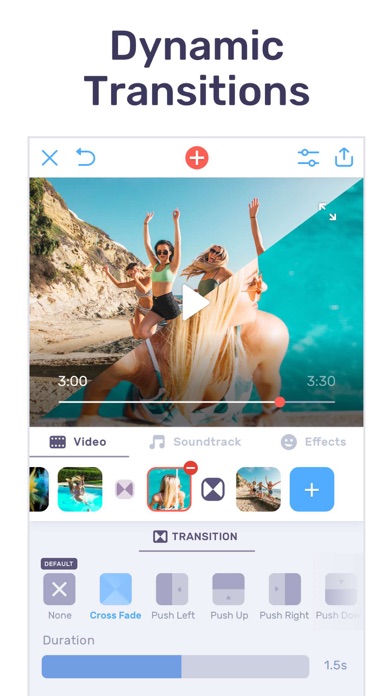 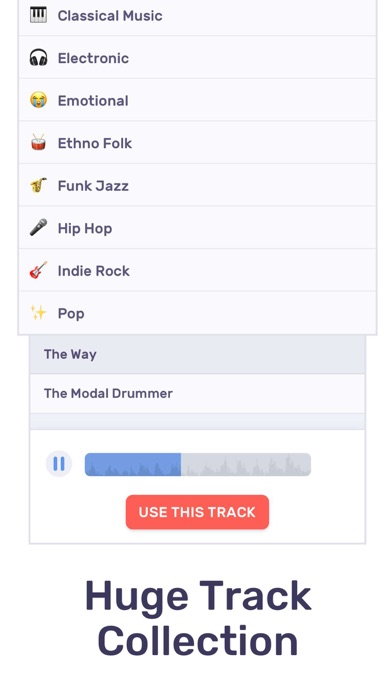 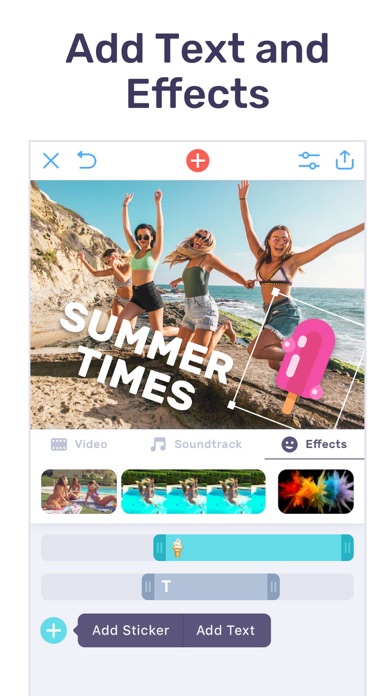 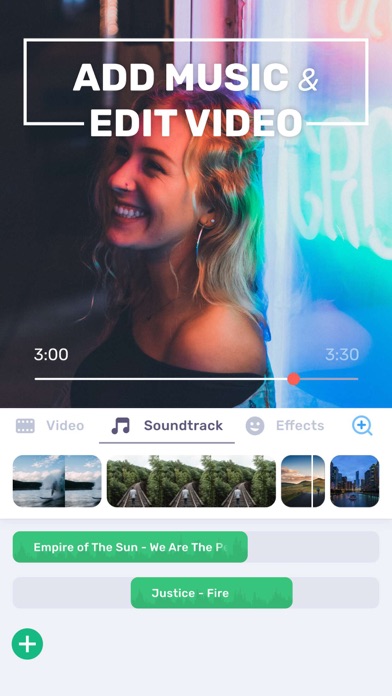 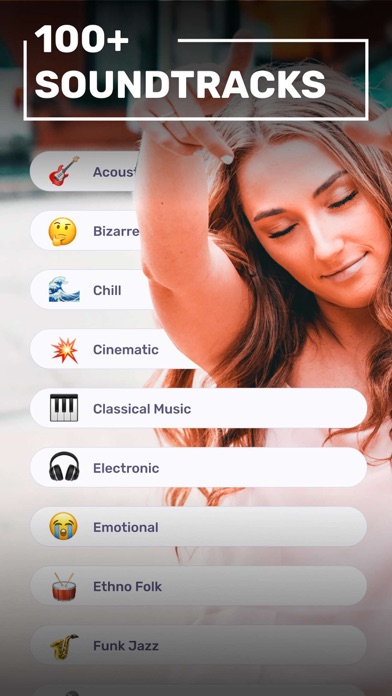 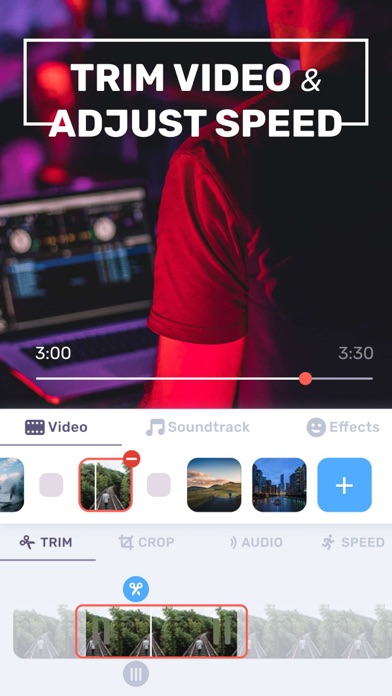 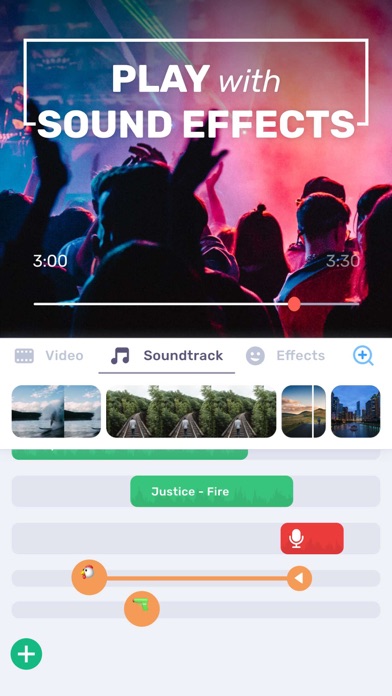 I don’t like how I ALREady HAVE TO PAY

As soon as I selected the videos I wanted to put together it wouldn’t allow me to go forward, and was asking me to sign up for a WEEKLY subscription of just $2.99. In a year that would be a $160 app. NO THANKS! Don’t get fooled by app developers like this. Shame on you for advertising a “free” app, you guys are so money hungry I couldn’t even make one video with out being asked to pay. Why would someone give you money for something they haven’t even tried. Here’s an idea, give us a free trial WITHOUT being forced into a subscription and let your product speak for itself.
By I am awesome123...

I keep trying to unsubscribe from this app but I haven’t been able too. I am also being charged every month $2.99 for the past couple of months and I didn’t even know. I want to cancel my subscription and I can’t, please contact me as soon as possible I don’t want my money nor do I care about it but I just don’t want to keep being charged for an app I don’t use.
By Frank12303

Talk about a piece of crap! I have been editing videos on my laptop for years so I know what I’m talking about. Even the simplest edit will throw you for a loop (pun intended). The worst!!!
By fghjrtcmm

Needs to be less greedy

Just stop making it so that you can’t do anything without giving you money.
By Imadearobloxgame

Won’t let me add my own music from my iTunes but wants me to pay $2.99 a week yea NO
By Tatianna Staples

Thought I’d give this app a try, but have to pay even though the download is free?? Don’t waste your data on this.
By RaptorFreak