Get Psyched! From the creators of "Heads Up!” comes “PSYCH!” – an exciting new party game to play with friends! "PSYCH!" is a fun guessing game by Ellen DeGeneres, where trivia meets Cards Against Humanity. Choose from a variety of fun and hilarious categories, such as “The Truth Comes Out,” in which you and your friends become the game! Get ready to answer funny and ridiculous questions about one another, like “What’s the last thing David googled?” and “What does Jasmine spend too much time thinking about?” or  “What’s Maria's hidden talent?” Find out right here! You can also play one of our trivia categories like “Word Up” or “Movie Bluff,” in which each player makes up fake answers to real trivia questions! Can you outwit your friends and choose the outrageous real answer among your friends’ fakes? Get points for choosing the right answer in this tricky guessing game and for each player you PSYCH! into choosing yours.  "PSYCH!" is the perfect app for family game night, Zoom calls, road trips, or even waiting in line! Grab your phones, gather ‘round, and get ready for a gaming experience unlike any other house party game you’ve ever played! 1. Ad Choices: policies.warnerbros.com/privacy/en-us/#adchoice 2. Terms of Use: policies.warnerbros.com/terms/en-us 3. Do Not Sell My Personal Information: privacycenter.wb.com/donotsell 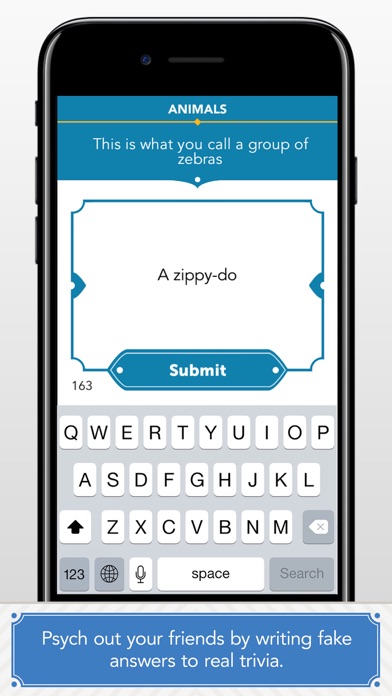 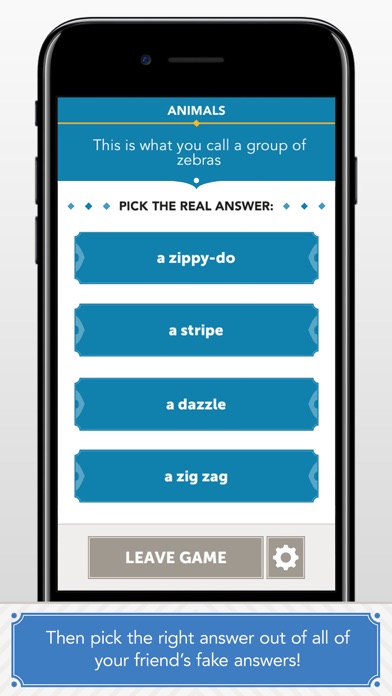 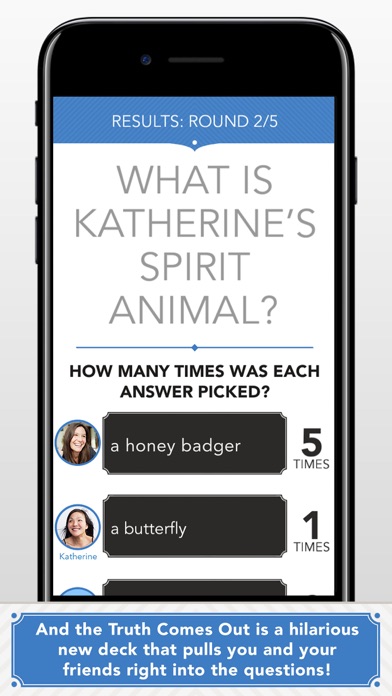 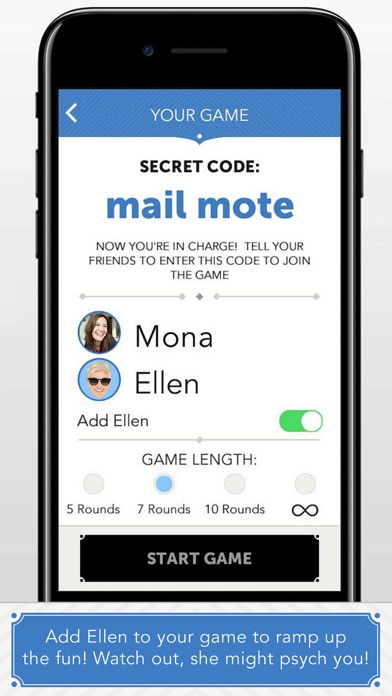 this game is a lot of fun, but it takes a ton of internet/data, and pretty much relies on you being together. if you do not hit “leave game” or the host ends the game, the app will not work and you have to download it again. it’s very annoying
By Rachel🐥

Good but too much money involved

This is a genuinely fun game and I have a lot of fun playing it with my friends. It’s just frustrating for me that many of the packs cost money.
By sportsrocker888

Stole Money from Me

Was going to buy a $1.99 new card pack. Notification from my bank came back and the app charged me for a total of $91.76. Never using this scammy app again, would be an awesome app if it didn’t charge me almost $100.
By 4uskjs

Its a fun game but the servers are horrible, it does it multiple times even after purchasing ad-free. It says unable to retrieve connection all the time. It ruins all the fun dealing with that
By pluto366

My brother somehow lost this game to his 6 year old son. The loss was so embarrassing that he drove his car off a bridge into the mighty Mississippi River. Now I have to raise this goddamn 6 year old genius by myself. Please save yourselves and don’t download this game!
By Mike Berrymore

Does not see other players so unusable

This sounded so FUN, so I plunked my money down (6.99). I am trying it on a Thursday morning, with my friends who are in he same room. We are all on iPhones or iPads. They join the game, they see the list of players. I am the game host, but my screen just keeps saying “waiting for others to join”. Once, we got as far as a question- everyone answered- but then we got “collecting answers” and no further, even waiting for 5 minutes. Argggh
By lab7923

Can’t even get started

Would be nice if I could add my name!
By P'lay

It’s a fun game but as with most apps the ads are annoying. We do get a lot of laughs out of it though
By EMEnkum

During a family vacation I downloaded the app, purchased the “no ads” option, and all of the decks on sale. No one could make it through a full round without the app freezing, resulting in them having to close the app and reopen repeatedly. When seven people are constantly doing this, it ruins the “game” atmosphere. I understand an app freezing every now and then, but this was literally every round. This would be a stellar game if not for constant glitches.
By Homer_3

I love this game me and my family play it everyday but can you maybe add more questions to the truth comes out?
By Uwgsbzkjehbfnsksjbzn