Relax with Querkles – an innovative new twist on the classic colour-by-number puzzle. Colour with your finger, using free-draw or fill, and save or share. WARNING – it’s addictive! * Stimulate your imagination and challenge your creativity * At first, you see nothing but a baffling tangle of circles, but cunningly hidden within each puzzle is an iconic masterpiece or portrait waiting to be revealed! USE YOUR FINGER to colour, shade, doodle and draw FREE UNLIMITED PALETTE of colour, brush sizes and opacities GET CREATIVE by adding your own touches to these 40 sensational designs CREATE MULTIPLE VERSIONS of your favourite pieces SAVE OR SHARE your masterpiece 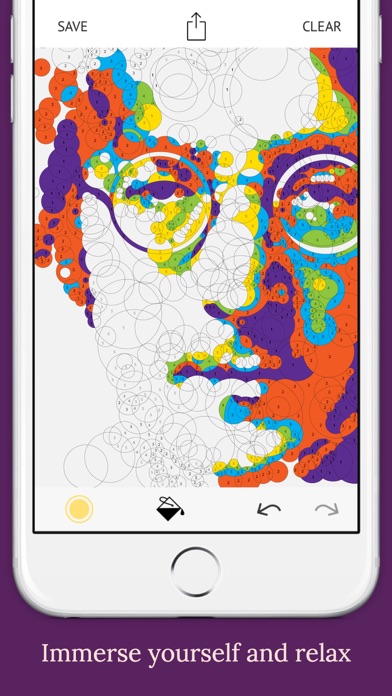 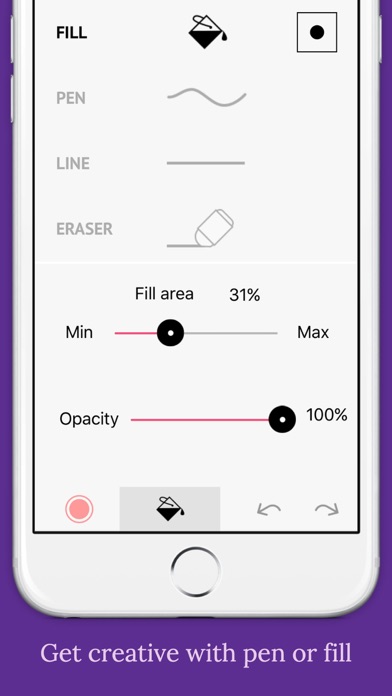 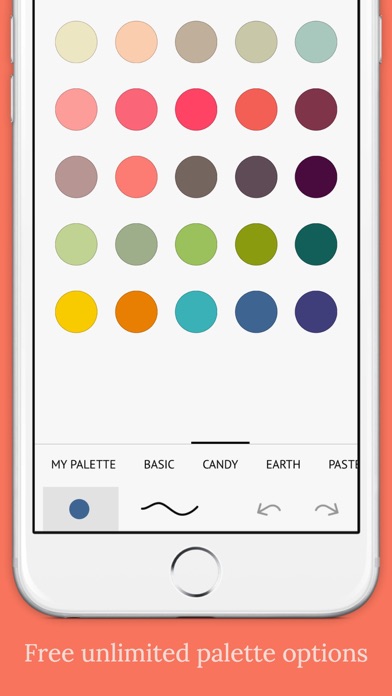 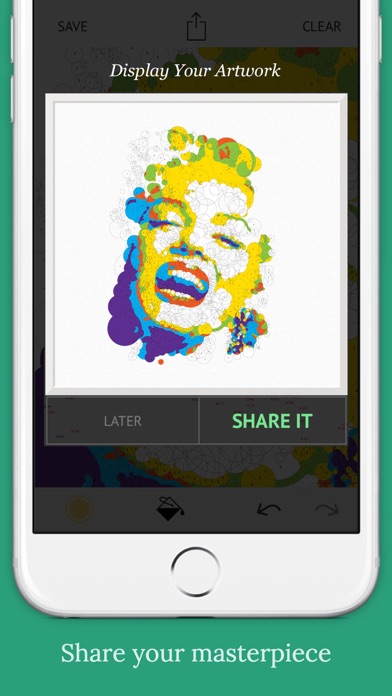 Paid for the 40 pack, but it no longer works. The only thing that does work is the buy now buttons. Contacted support and got no help. I want my $ back since I can no longer use the app.
By tipytoz

I really like this app much more then other coloring apps. It allows you to be much more creative. I had some problems already stated in other reviews. The one thing I would add is I wish you could hide the title and just get surprised as you color it in. I am still going to do them and got the pack of 40. Cheaper than a coloring book!
By Suejw

I tried this app a year ago and it was buggy. Decided to give it another try - still buggy. No fixes in over a year.
By SergeP

I downloaded this app only to find several unexciting free ones, along with packages you have to pay for. I don’t mind paying but I usually do a few free ones before I pay money. This app had no directions, it keeps not saving or smearing the colors. So far there is nothing fun about this as compare to pixel art and color by number, which I love.
By Tedpurplebear

Love the books but...

Im so sorry I purchased this app. As the other reviews have stated, it is full of problems. Microsoft paint is a better coloring tool then this is.
By irishlad75

This is such a great concept but it does have some areas for improvement. The fill option gives very blurry results and over half the time it’s unresponsive to taps and requires frequent taps and waiting for a response. Other than those 2 things, this is an amazing app and can’t wait to see how it progresses!
By Wow, just, wow

I have to reiterate what previous people have said. This app shows so much promise....however the flaws (fill not working properly, having to tap a space multiple times with less than complete coloring coverage, numbers being difficult to read, etc) make the app more annoying than enjoyable. I will not color a second picture until there are a couple of updates. I hope the updates come soon because I really want to love this app!!
By Jojojfl

This app is better than the books! Truly addictive. I only wish the the "Fill" option offered more precision, goes outside of the lines just a bit. Otherwise perfect coloring app. Please continue to add more drawings. Thanks!
By KJ1978

I have the book and I love this app! Only complaint is I wish the "fill" option actually "filled" better. But, other than that... love everything so far! Everyone in the waiting room has asked about it and now downloaded it also. We are all working on Marilyn! 😁
By SunTannedToez

Very promising idea, however comes with a few immediate flaws. Image resolution is not high enough - if you zoom in the circles get fuzzy, and auto fill bleeds outside of the lines because of this. The numbers need to be on a separate layer, under the circle/coloring layer. In smaller areas the number 1 will split the space forcing you to try to fill the other "half", and the number 4 will never fill in its center. If these were fixed the app would be much better.
By Tyrsa

Mary Berry: In Mary We Trust

Prayers on the Move

The Inner Fix: Be Stronger, Happier and Braver

My Supports by MyKey™ Consulting Services

50 Ideas You Really Need to Know

BodyFit - A Beginner’s Guide to Fitness

How to Con your Kid

How Smart Is Your Cat? Fun Ways to Find Out!