From the makers of Plants vs. Zombies 2 and Plants vs. Zombies Garden Warfare 2 comes the next epic battle between doom and bloom – Plants vs. Zombies Heroes. Build your team of heroes in this courageous collectible card game. Embark on a journey to discover new characters and confront mighty opponents along the way. And, for the first time ever on mobile, play as either plants or zombies. It’s the lawn of a new battle! COLLECT YOUR HEROES Discover 20 unique plant and zombie heroes, unlock their lawn-inspiring super powers, and choose your favorites based on their signature styles and abilities. Will you pick plants and deploy the masked, sharp-shooting avenger Green Shadow? Or will you choose a zombie hero, like the superbly superficial Super Brainz? Each hero’s unique selection of super powers helps define your team’s winning strategy. GROW YOUR TEAM Every hero needs a crew. Build yours and diversify your skills by collecting or crafting hundreds of cards – from the PvZ characters you know and love, to daring original plants and zombies. Devise distinct strategies when you select cards compatible with your hero, and experiment with devastating combos. Use the Deck Builder to quickly construct winning decks, try out strategies, and upgrade your decks as you collect and craft characters. BATTLE FRIENDS AND FOES Test your deck when you take on other players or challenge your friends in exciting real-time matches. Practice tactics in casual multiplayer battles or enter competitive ranked play to compete with the best players in the world. Earn rewards for defeating the bite-iest adversaries, and build your bank when you complete Quests from Crazy Dave and Dr. Zomboss. GO ON COURAGEOUS ADVENTURES Journey through the universe of PvZ Heroes as each action-packed skirmish takes you further along an ever-blooming map. Take on brain-thirsty or botanical foes along the way and hone your skills – each side has a different path to follow. Defeat challenging bosses to unlock fresh characters and new rewards. Even take your team with you when you switch between mobile devices – just sign into Facebook or Game Center to save your collection. Important Consumer Information: Requires acceptance of EA’s Privacy & Cookie Policy and User Agreement. Collects data through third party analytics technology (see Privacy & Cookie Policy for details). Contains direct links to the Internet and social networking sites intended for an audience over 13. User Agreement: terms.ea.com Privacy & Cookie Policy: privacy.ea.com Visit http://help.ea.com/en/# for assistance or inquiries. EA may retire online features after 30 days’ notice posted on www.ea.com/1/service-updates. 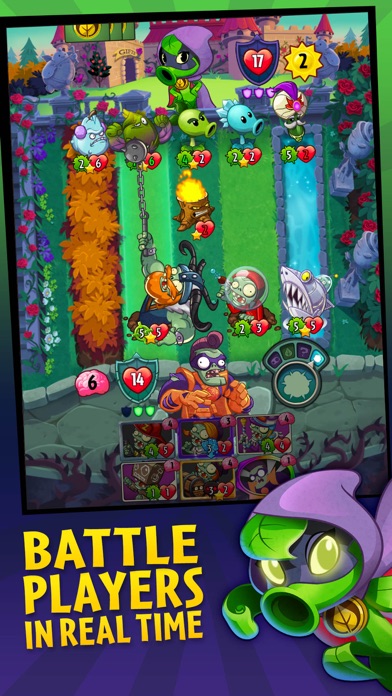 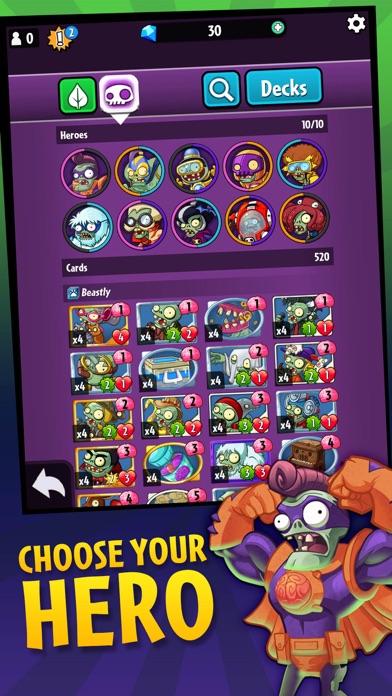 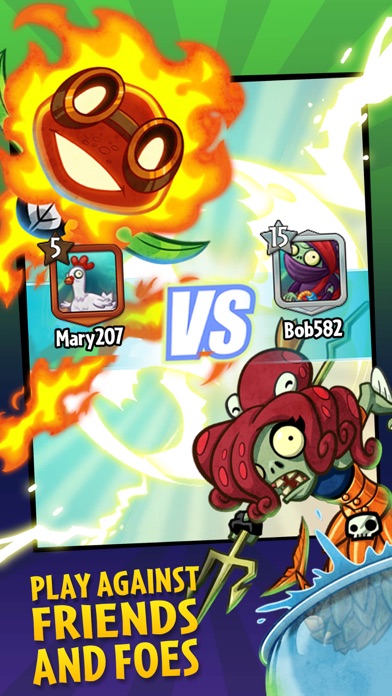 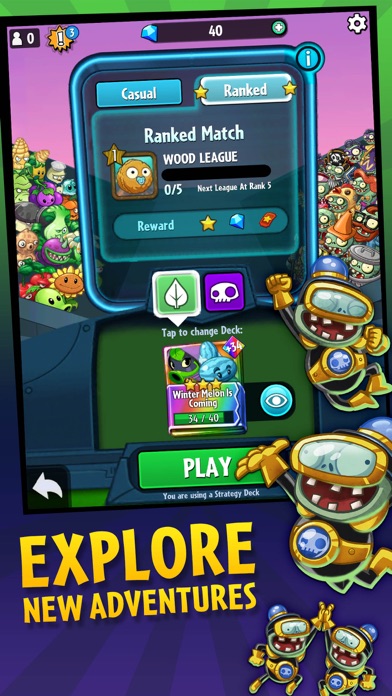 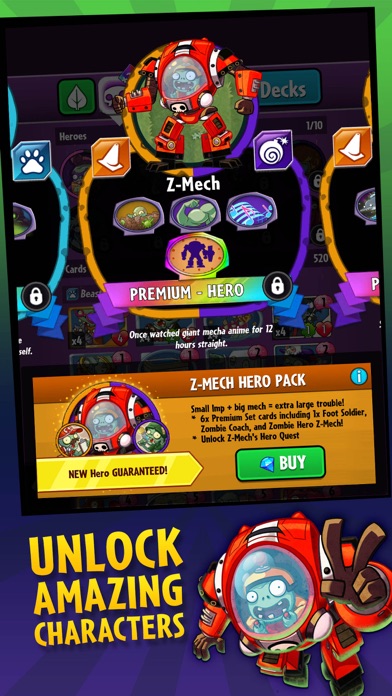 I am a huge fan of your games and enjoy them a lot, though there is one thing that bothers me about it, which is puzzle party from the daily challenges. They always stress me out and in most cases I can’t manage to complete it. Excuse me for saying this but puzzle party, more like puzzle purgatory. Just please, for the love of god remove puzzle party.
By pvz pro (tyler bray)

I’m playing this game since it came out. The last update was several months ago and there is a glitch (sometimes character gets big)... The last set of new cards was more than 3 years ago (in 2017). Also no new cards in weekly challenges... It seems that developers have forgotten this game.
By vbrasil

No punishment for cheaters

Starting at the higher league levels (~40) cheaters start to appear in the game (playing decks with only 2 types of cards). The is not easy way to report cheaters, and when reported no follow up from EA. If you try to report on a Forum they flag the post as a violation of the rules. It seems EA only wants to protect the identity of cheaters and isn’t doing anything for stopping cheaters. Other mobile games (such as mini golf king) have systems in place to report cheaters...wish EA cared enough about the game to do this.
By DrUCNC

This game is by far my favorite game for mobile, but I do very much want an update because it has been more than two years since a new set and we need new metas
By cvtgg

I Love This Game, But It Has Angering Issues.

PvZ Heroes, right? It’s a really great game. It’s super fun to play online, it’s pretty, it’s creative, but in my opinion, there are some certain things that ruin it for me. One thing is how much it feels like you have the grind out the game to get efficient decks. Sure, the Gacha rates are pretty decent, but it feels like advancing your deck just requires too much time on this game. It isn’t horrible, but it just leaves something to desire. Now one thing I very much dislike about this game isn’t even about the game itself. The game just... loves crashing. It just does. Whenever you’re into a game and you are about to win, the game just crashes. And it’s unexplainable how it does, because back when I had my old account, the game ran perfectly with no issues, but with my new phone (iPhone 7 it’s not really that new) it just crashes randomly. But otherwise, I don’t think this game has much to improve other than single player features. The single player is... okay. It’s just kinda a feature that exists, yknow? There’s nothing different from it than dumb cpu and occasionally unfair boss battles. The game is good but it needs improvement and bug fixes. Fin. Edit to this review: GOD THE CRASHING IS ANNOYING. Could you guys PLEASE fix this problem? It’s like whenever I’m winning it crashes.
By ~Chris B.~